In an interview with NDTV’s Sreenivasan Jain, former Reserve Bank of India governor Raghuram Rajan, currently professor of finance at University of Chicago’s Booth School of Business, says India hopefully has escaped the second wave of the Covid-19 pandemic and that it should spend money on the poor, infrastructure development and start opening schools so that children do not fall back on years of education. Edited excerpts from the interview:

Sreenivasan Jain: How was it to wake up in a Trump-free America?

Raghuram Rajan: Well it certainly felt like Groundhog Day if you were sitting at home when everything looks the same. Bu it was a serous relief that we would be moving from a haphazard policy to a more, at least reasoned policy. You may disagree with some of the policies but there was lot of thought and expertise that goes into it. It’s a big change, a big change for the world. My children were very happy.

Sreenivasan Jain: How do we make sure the country is not sliding beyond a certain point and we are getting the mix right? How would you look at where we stand as an economy? On one hand, we have some numbers that do suggest an uptick but on the other hand, things are not that great either.

Raghuram Rajan: Let me mention the US, which has not handled the second wave right. Cases are falling but we are not yet at a point where we see that it’s a strong trend. The US has flooded the market with $3 trillion last year and $3 trillion this year, which is 15 per cent of the GDP, and when you add those up, forecasters are predicting a very strong second half of the year as the virus gets controlled and as vaccines get rolled out, there would be tremendous growth in production.

India on the other hand, has been able to control the virus, mobility is increasing, the middle class is spending, so growth is coming back. The question is how damaged or scarred the economy is. What about the rest? Unemployment is 18 million-plus relative to the pre-pandemic period. MGNREGA numbers are up. But still, there are people who are still hurting and their demand will be limited when we come back.

Sreenivasan Jain: We need to put money in the hands of people who are at the lower edge of the economic spectrum.

Raghuram Rajan: We need to put money in the hands of people who need the most, so that they can put food on the table. We need to continue the free food grains program, the Garib Kalyan Yojana.  We need to make sure that the second wave does not come by rolling out vaccines very quickly. We need to open the schools so that the children do not lose years of education and provide remedial education. That’s going to be very important. Infrastructure spending will also need to be increased especially to states to buy cement, steel, copper. The states are much more strong in infrastructure spending.

You have to recapitalise the banks and improve governance.

Sreenivasan Jain: While the headline numbers are big, the government is only spending 1-2 per cent of the GDP. Is that a problem?

Raghuram Rajan: Well, if we had the money, it would be great. The government is obviously trying to do what it can as they see its resource envelope. The question is can the government expand its resource envelope? There are two possibilities. One is disinvestment. With where the stock market is at, it’s sad reflection on the establishment that we are not doing more. Secondly, can we create resources by committing to stronger consolidation.

7 Women on Deciding Not to Have Kids 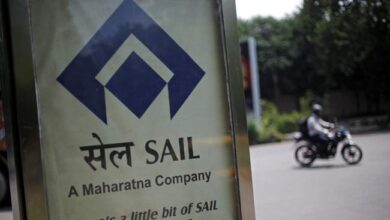