Not about the money. Jamie Spears firmly believes that it’s in daughter Britney Spears‘ best interest to have him remain her conservator amid their messy ongoing legal battle.

“Jamie wants to remain as her conservator because he has served in the role for the last 13 years,” a source told Us Weekly exclusively following the premiere of The New York Times documentary Framing Britney Spears on Friday, February 5. “He doesn’t need the money and could be exploiting her for millions of dollars but he has never done that.”

The “Toxic” singer, 39, was placed under a conservatorship in February 2008 following her highly publicized mental breakdown and divorce from Kevin Federline. Jamie, 68, was a co-conservator but was given sole control in March 2019 after attorney Andrew Wallett abruptly resigned as co-conservator. The Louisiana native stepped down temporarily from the role six months later following an alleged altercation with Britney’s son Sean Preston, 15. Licensed fiduciary Jodi Montgomery assumed the position soon after and Jamie was later cleared of wrongdoing in the incident with his grandson. However, Federline, 42, was granted a restraining order against Jamie in September 2019 that bars him from having contact with Sean Preston and his brother, Jayden, 14.

In November 2020, attorney, Sam Ingham, filed documents requesting to remove Jamie from his role as conservator of her estate after previously asking the court that Bessemer Trust Company be the sole conservator moving forward. Two months later, Jamie’s lawyer, Vivian Thoreen, argued that Ingham could not ask the judge to remove Jamie because a previous court order stated that changes could only be made if Jamie himself agreed to step down.

In a response filed on Tuesday, February 2, Ingham pointed out that Jamie could have objected to the co-conservatorship with the “highly sophisticated” Bessemer Trust but failed to do so.

The New York Times documentary, which is available to stream on FX and Hulu, prompted fans to become even more invested in the #FreeBritney battle and the complicated discussion of the pop star’s mental health. According to the source, the tell-all “conveniently omitted” some details about her conservatorship agreement, including that “Jamie’s expenses are submitted every year and reviewed by the court.”

The insider added, “Every staple, pen, storage rental, is accounted for. The idea that he is living this grand lifestyle at the expense of Britney’s health is laughable.”

When it comes to the specifics of the legal battle, “Jamie cannot comment and wouldn’t because of Britney’s health,” the source said, adding that fans should “leave her alone” as the Grammy winner and her family work through their drama.

Another court hearing in Britney’s case will take place on Thursday, February 11. Two months prior, the “Circus” singer’s father claimed that he had not spoken to his daughter since August 2020 and blamed it on her legal team.

“I love my daughter and I miss her very much,” Jamie told CNN at the time. “When a family member needs special care and protection, families need to step up, as I have done for the last 12-plus years, to safeguard, protect and continue to love Britney unconditionally. I have and will continue to provide unwavering love and fierce protection against those with self-serving interests and those who seek to harm her or my family.”

With reporting by Jennifer Heger

Chiefs' game plan was too loyal, doomed vs. Bucs

After denting Patriots’ Lombardi Trophy, Rob Gronkowski has yet to see this one 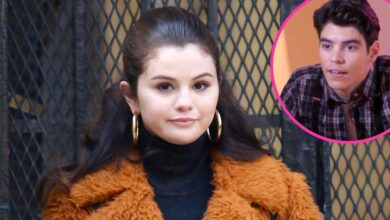 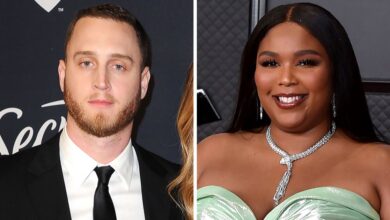 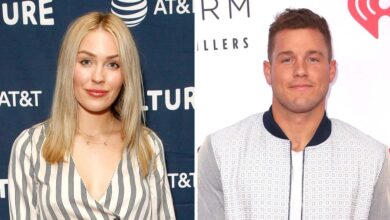