Janhvi Kapoor and her sister Khushi Kapoor had a fun time riding quad bikes for desert safari in Dubai on Wednesday. They were accompanied by their friend Orry. The Kapoor sisters shared pictures from their outing on their respective social media handles and came up with epic captions for their album. Janhvi and Khushi Kapoor can be seen twinning in brown crop tops and shorts. They completed their looks with keffiyeh. Sharing the photos, Janhvi Kapoor wrote: “Dessert in the desert” while Khushi Kapoor gave us Dhoom vibes with this caption: “Vroom vroom.”

See pictures of Khushi and Janhvi Kapoor from their desert safari here:

Janhvi Kapoor and Khushi Kapoor are the daughters of filmmaker Boney Kapoor and late actress Sridevi.

Janhvi Kapoor made her Bollywood debut with Dhadak. After Dhadak, which is a Hindi remake of Marathi hit Sairat, Janhvi Kapoor starred in Netflix’s anthology Ghost Stories, where she featured the Zoya Akhtar-directed segment. The actress’ next project was Dharma Productions’ Gunjan Saxena: The Kargil Girl, which also starred Pankaj Tripathi and Angad Bedi.

Janhvi Kapoor was last seen in Roohi, co-starring Rajkummar Rao and Varun Sharma. She has a couple of films lined up such as Karan Johar-directed Takht, Good Luck Jerry and Dostana 2, which marks her third project with Dharma Productions.

Khushi Kapoor will soon make her debut in Bollywood. It has been reported that she has been cast in Zoya Akhtar’s The Archies.

"All For The Love Of Films" 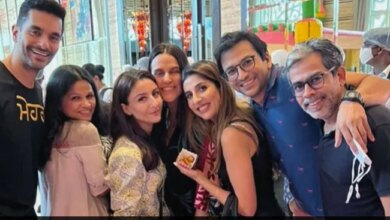 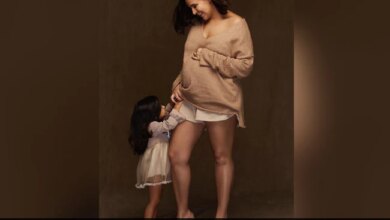