“The project involves the construction of a fully integrated light rail based Urban Transit System from Rose Hill Interchange towards Ebene reaching Reduit near the University of Mauritius. This extension will connect the densely populated areas of Ebene Cybercity and the University of Mauritius and give added impetus to the development of the island nation,” Larsen & Toubro said in a press release.

“Uttar Pradesh Metro Rail Corporation Limited (UPMRCL) is the nodal agency responsible for the implementation of the Kanpur and Agra Metro projects that are being funded through equity participation by the Government of India and Government of Uttar Pradesh and loans from bilateral/multilateral agencies,” L&T said.

“The scope of works includes design, installation, testing and commissioning of ballastless track of standard gauge in 4 corridors in elevated as well as underground sections of Kanpur and Agra Metro Projects along with supply of fastening systems and associated ballasted/ballastless tracks in 4 depots. This order has been secured against stiff competition from various local and major multi-national companies,” L&T added. 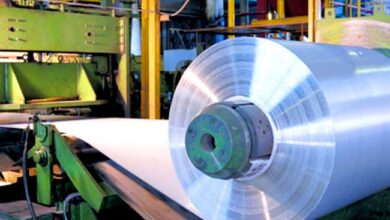