The morning after Andrew Borden and his wife, Abby, were hacked to death in their home on Second Street in Fall River, Mass., in August 1892, 1,500 people gathered in front of the house, drawn by news of a grisly crime in their quiet town.

The case would become more enthralling: Andrew Borden’s 32-year-old daughter, Lisbeth A. Borden, known as Lizzie, would be put on trial for the murders. She was acquitted in 1893. For more than a century, her story has inspired dramas on stage and screen, countless books, an opera and a ballet. And the allure of the unsolved crime continues to draw people to the Borden house to this day.

Now the house, a bed-and-breakfast and museum, is listed for sale at $2 million. Suzanne St. John, the real estate agent, said the price accounts for its historical value and what had been a booming business before the coronavirus pandemic.

That the Borden case continues to capture the public imagination reflects the heinousness of the crime as well as the identity of the accused. A middle-class, respectable New England woman seemed like an unlikely murderer, making Borden’s trial a national media sensation in 1893.

“It’s pretty much the ur-American crime story,” said Cara Robertson, who wrote a 2019 nonfiction book about the trial. “It’s a case with a lot of mythic qualities, of this one family, in this house, seemingly quite isolated and self-involved, and then violence breaking out.”

On the morning of Aug. 4, 1892, Borden, a Sunday school teacher, called over to a neighbor who saw her standing behind the house’s screened side door. “Someone has killed father,” she said.

The neighbor found Andrew Borden hacked to death in his living room, seemingly with a hatchet. (Common lore says the Bordens were killed with an ax, but according to Ms. Robertson’s book, “The Trial of Lizzie Borden: A True Story,” medical experts determined that a hatchet, with a shorter handle and longer blade, was almost certainly the murder weapon.) Abby Borden’s body was soon discovered in a similar state in an upstairs guest bedroom.

According to Ms. Robertson, it was this neighbor, Adelaide Churchill, who first thought to ask Lizzie Borden, “Where were you?” Borden said she had been in the barn looking for a piece of iron to make a sinker for a fishing line.

The timing of the killings made the possibility of an intruder unlikely. An outsider would have had to elude Borden and her housemaid, Bridget Sullivan, for more than an hour and half to commit the crimes, Ms. Robertson said.

Investigators first turned their eyes to others: Sullivan, an Irish immigrant, and an uncle who had visited the house that morning. But the uncle had an airtight alibi, and Borden’s own account placed the maid elsewhere in the house at the time of the murders.

“You think about Lizzie Borden, she’s someone who ticks all the boxes of respectable, middle-class femininity,” Ms. Robertson said. She was the daughter of a successful businessman who did charitable works in her community. “There’s nothing about her that bespeaks criminality as it was conventionally understood.”

“There was not the least indication of agitation, no sign of sorrow or grief, no lamentation of heart, no comment on the horror of the crime, and no expression of a wish that the criminal be caught,” Officer Phil Harrington wrote in his notes, according to Ms. Robertson’s book.

It was soon discovered that Borden had tried to purchase prussic acid, a quick-acting poison, the day before the killings.

A week after the murders, she was arrested. The New York Times reported that when the jury announced its verdict after a two-week trial in June 1893, Borden, who had been in jail for nearly a year, “wept such tears as she had not shed for months.” Borden’s friends and supporters in the courtroom that day erupted in cheers at the verdict.

Her case inspired books, dramas, an opera and a ballet.

The acquittal did not diminish interest in the trial or the murders, or in Borden herself. The story has inspired books, podcasts, television shows and movies.

Several prominent actresses have portrayed her. Lillian Gish starred in a play called “Nine Pine Street” in the 1930s. Christina Ricci played her in a Lifetime movie and, later, a series about her life before the murders. The 2018 film “Lizzie” starred Chloë Sevigny as Borden and Kristen Stewart as Sullivan. The Times said the film presented a feminist take on the crimes as “a cathartic response to years of oppression” by Borden’s “miserly father.”

A 1948 ballet, “Fall River Legend,” painted Borden “as a victim, hemmed in and driven mad, in part by small-town society and small-mindedness,” a Times critic wrote. It used flashbacks to emphasize Borden’s longing for her dead mother as compared to the stepmother who replaced her.

The story made its operatic debut in 1965 at the New York City Opera with Jack Beeson’s “Lizzie Borden,” which fictionalized aspects of the story, making Borden the eldest rather than the youngest child and giving her sister a love interest.

And of course there is the enduring jump-rope rhyme known to generations of schoolchildren: “Lizzie Borden took an ax, and gave her mother 40 whacks. When she saw what she had done, she gave her father 41.” (Evidence showed that her stepmother was struck 19 times with the hatchet and her father 10 times.)

The enigmatic figure of Lizzie Borden has made her a popular character. “She’s a cipher onto whom each generation projects its own preoccupations and anxieties,” Ms. Robertson said.

Sarah Miller, who wrote a middle-grade book about Borden, said she was drawn in by the “the vast gap between what people believe about Lizzie Borden and what is factually known and can be proven.”

“We see her, for the most part, as this blood-spattered Halloween bobblehead,” Ms. Miller said. She believes Borden was unfairly demonized by the press, saying the image was inconsistent with the kindness she showed to people who knew her.

Some writers have floated alternative theories. A 1961 book by Edward Radin, now out of print, presents Sullivan, the maid, as the most likely suspect.

An infamous crime is now a business.

According to Ms. St. John, the real estate agent, this dark past has not deterred buyers interested in the murder house or in Maplecroft, a much grander Fall River home where Borden lived until her death in 1927 and which has since continued to be used as a family home. It is also for sale for $890,000.

Business was booming at the Lizzie Borden Bed & Breakfast and Museum before the pandemic put a damper on tourism. Drawn by its macabre history, more than 18,000 people toured the inn in 2019, Ms. St. John said.

Infamous crime scenes have become staples of so-called “dark” tourism in recent decades. Ms. Robertson said amateur sleuths visit the Borden house to test their pet theories: Would someone downstairs be able to hear a body fall on the second floor?

Richard Behrens was an enthusiast more interested in facts than in ghost stories. He created “The Lizzie Borden Podcast” and connected online with others who were interested in the case. They met annually to visit the Borden house, said his wife, Anna Behrens. Her husband died in 2017. The podcast, which is still available, reached 65,000 listeners in January.

When Ms. Miller was there to research her book, she heard people in the next room trying to summon Borden with a Ouija board. “I wonder,” she said, “if people think, somehow, that they’ll find something nobody else has found, that they’ll be able to solve it somehow.”

Keto Recipes: How To Make Keto Palak Paneer In Under 10 Minutes, Genius Recipe Inside 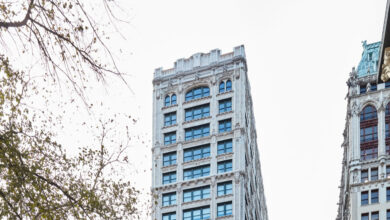 An Upper East Side Triplex for $60 Million, or $20 Million Over Ask 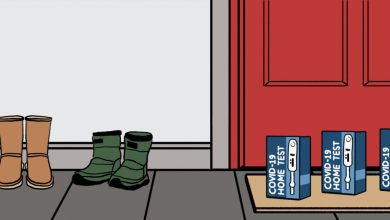 My Building Is Offering Covid Tests, but Not for Young Children. Is That Legal? 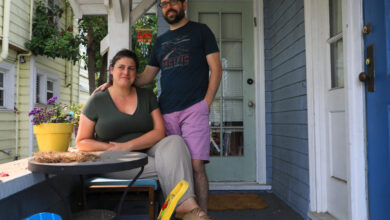 House Hunting: Is This Price Right?