I’m still waiting for the wood veneer to arrive so that I can finish the storage cabinet in the master bathroom (it was supposed to be here yesterday, but delivery was delayed until today), so yesterday, I got to work on the wainscoting that will cover the walls below the blue-green Venetian plaster finish. I’m going to do the very same judge’s paneling in here that I did in the hallway bathroom.

I still need to add add the base cap trim inside the rectangles. Right now, it just looks like a simple board and batten design, and that’s not quite the look I’m going for.

So there’s quite a bit still left to do, and the areas around the vanities, I can only go so far, and then the countertops will need to be installed before I can finish the rest. But the two lengths of wall that do not surround the vanity (the wall just outside the water closet, and the wall just outside the shower) can be completely finished without having to wait for countertops.

I’m really trying to not let myself get bogged down with perfectionism on this, but that’s a very difficult thing for me to do sometimes. In this case, my perfectionism is being challenged because of the plumbing under the vanity. Can you see how the cold water valve (on the right) is spaced further from the center drain pipe, and it’s also dropped down a bit? That bothers me.

I want them to be perfectly spaced and perfectly level. I came this close to calling my contractor and seeing if his guys could fix it. But that would be a significant delay, and I don’t want a delay, and I’m not even sure if it would be worth it.

I looked back at pictures from when the walls were open and they were working on the plumbing, and the reason there’s more space between the drainage pipe and the cold water valve is because there’s a stud right there between them. So there’s nothing that can be done about the spacing, which means that they’d only be able to raise it up a bit so that it’s level.

I really want it to be level, but is it worth it? Is that an instance of perfectionism being the enemy of progress? After all, the cold and hot water valves aren’t really very noticeable from most perspectives in the room. From the doorway into the bathroom, you can’t even see them.

So I’m trying to make myself let it go and keep moving forward. I’m going to run into a similar problem on the other side. While the ones on the other side are more level, they’re off center. Again, it’s because there’s a stud in the way. Also, when all of the plumbing was being installed in this room, I was still planning on using standard vanities with a full front (with a modification for Matt’s so that it would be wheelchair accessible), so there was no plan for the plumbing to show.

This is just one of those issues you run into when you change plans mid-project. I should just press on, right? Is that what you would do? Or would you go to the trouble of having that cold water valve raised up just a little bit so that it’s level, even though it would cause a delay?

Everything you need to know about satell 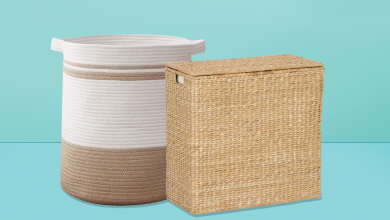 9 Best Laundry Hampers of 2022 with Wheels, Lids and Shelves 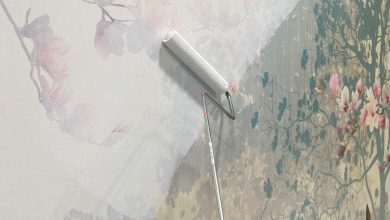 Why I Painted Over My Bathroom Mural 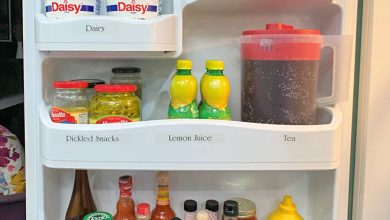 C.O.P. – Putting Systems In Place For Refrigerator And Freezer Organization