Megan Fox is technically still a married woman, but she may already be planning her future with Machine Gun Kelly! The actress sparked engagement rumors while out and about in New York City on Thursday, January 28.

Fox, 34, was spotted wearing a massive ring on her left hand outside of a hotel with the “Forget Me Too” singer, 30, in photos published by the Daily Mail. The couple were en route to rehearsals for his upcoming performance on the Saturday, January 30, episode of Saturday Night Live.

The Transformers star channeled her inner child by wearing a headband with pink cat ears and a matching animal print cardigan over an otherwise all-black ensemble. For his part, Kelly (real name Colson Baker) stepped out in a black puffer jacket while debuting what appeared to be a fresh haircut.

Upon his arrival at NBC’s Studio 8H, the musician signed autographs for a few fans. He also wore a ring on his left hand, though his appeared to be costume jewelry.

The engagement speculation came seven months after Us Weekly broke the news that Fox and Kelly, who met on the set of their upcoming movie Midnight in the Switchgrass, were dating in the midst of her divorce from Brian Austin Green. The Beverly Hills, 90210 alum, 47, announced their separation in May 2020 after nearly 10 years of marriage. The estranged couple share three sons: Noah, 8, Bodhi, 6, and Journey, 4.

Since then, Kelly has credited the Jennifer’s Body star for making him a “better person.” He admitted in an October 2020 interview that he had been “coked out of [his] mind in a drunken stupor” at the beginning of the recording sessions for his latest album, Tickets to My Downfall, but then Fox saved him.

“I think the universe caught on to me wanting to make a change,” the rapper, who shares 12-year-old daughter Cassie with ex-girlfriend Emma Cannon, told NME at the time. “It was like, ‘Maybe we won’t make this a reality; maybe we’ll make this ironic.’ Instead of the downfall, go ahead and have the biggest rise of your f–king life.”

Green, meanwhile, is “totally fine” with Fox moving on and “getting more serious” with Kelly, a source exclusively told Us that same month. “He is doing his own thing, and there’s no animosity.”

In fact, the actor has also started dating again. After flings with models Courtney Stodden and Tina Louise, he went Instagram official with Dancing With the Stars pro Sharna Burgess earlier this month. 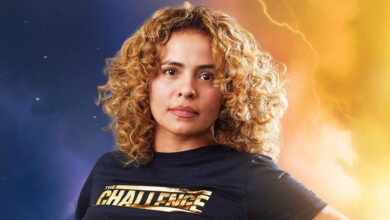 Jisela Delgado: Get to Know ‘The Challenge: All Stars’ Contestant 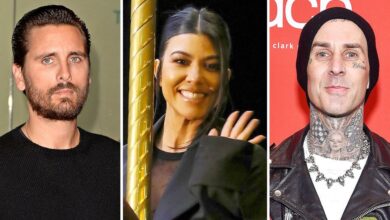 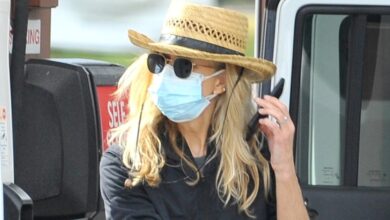 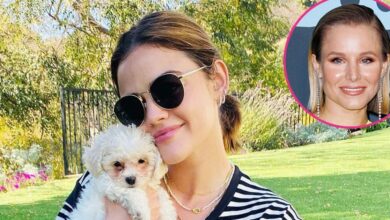