The 2023 Met ball is primed to be an unabashed ode to the late designer — despite his problematic past and complicated legacy.

“In honour of Karl.” With just four words, the dress code for the 2023 Met Gala is both simple and full of contention.

On January 18, Vogue announced the outfit guidelines for the annual fundraising ball at New York City’s Metropolitan Museum of Art, along with the news that this year’s co-chairs will be Michaela Coel, Penélope Cruz, Roger Federer and Dua Lipa. The expectations of attire for the May 1 event are an extension of the theme for the Costume Institute’s exhibition: “Karl Lagerfeld: A Line of Beauty,” which will pay tribute to the late designer’s influential career in 150 looks. Indeed, with his theatrical flare and creative vision, Lagerfeld arguably helped shape the aesthetics of contemporary beauty. But time and time again, his vision was largely exclusionary.

As one of the most renowned fashion legends in the world, Lagerfeld left his mark all over the industry. Within the span of five decades, he was the transformational creative director of Fendi and Chanel, and he designed for Balmain, Patou and Chloé, as well as his own eponymous brand. Even after passing in 2019, Lagerfeld’s iconic personal image — high-collared suit, sunglasses, white ponytail — has been immortalized in pop culture lore. But with his sartorial genius came another provocative part of his impact: his unapologetically offensive views.

Lagerfeld became known for readily sharing his opinions, especially when it came to women’s bodies. Throughout his career, he was openly fatphobic and often body shamed women in the public eye. He justified the longstanding norm of size-exclusive runways by saying, “No one wants to see curvy women” in 2009. In 2018, he said he was “fed up” with the #MeToo movement, questioning why some women took years to publicly share their stories of sexual assault — as if it’s an easy thing to do.

Even still, he remained an infallible icon in the fashion industry, regardless of how combative his remarks were. With this untouchable status, he didn’t seem bothered to court controversy. Case in point: Though Lagerfeld was gay himself, he told Vice that he was “against” the idea of gay marriage in 2010. Not to mention, he was famously against immigrants and criticized Germany’s decision to open its borders to refugees in 2017. In an interview, he went on to imply that migrants were anti-Semitic, perpetuating the pervasive (and racist) myth that asylum-seekers are dangerous.

In spite of spreading these harmful notions, Lagerfeld’s reputation as a legend largely remained. He was deemed witty and loveably outrageous. His pithy remarks — though often stirring up backlash — were deemed part of his persona, and they came with the sartorial talent he employed. Ultimately, his bigoted views arguably did nothing to tarnish his large-scale prestige. But perhaps that’s because Karl Lagerfeld was simply putting into words some of the same discrimination that the industry has long systematically enforced. By celebrating him with the 2023 Met Gala, are we simply doubling down on those outdated dogmas?

Sure, in theory, one night isn’t worth fussing about. But the Met Gala is, in practice, so much more. In recent years, it has grown from an exclusive fashion soirée to a full-blown cultural phenomenon. With the exorbitant amounts of money spent on the event, the A-list celebrities that attend and the endless viral commentary surrounding it all, the Met ball has transformed into a pop culture checkpoint; a representation of where we are as a society at this moment in time.

Today, the fashion industry feigns inclusivity. But the unfortunate truth remains: designers rarely make clothes for larger sizes, runways are regularly void of models with disabilities, and the trending beauty standards du jour continue to glorify white, waify bodies. With this Met Gala theme, the industry is inadvertently pointing to its most pressing issue: performativity.

Of course, Karl Lagerfeld’s impressive and expansive fashion design legacy is worth remembering. But glorifying Karl Lagerfeld as a person — and thus his actions and words — undeniably comes with a set of harmful implications. When releasing the Met Gala’s sartorial assignment, Vogue declared that guests should try, above all else, to “do him proud!” By now, we all have a pretty good understanding of what that looks like. So we ask: Is Karl Lagerfeld’s idea of beauty something we should still be striving for? 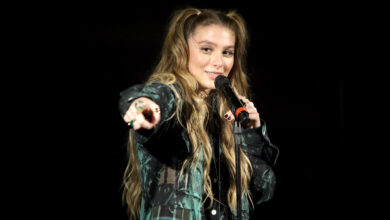 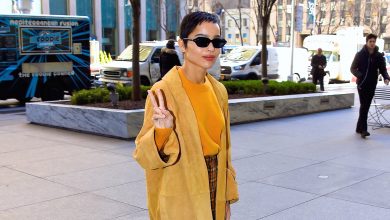 Zoë Kravitz And The Complicated History Of The Pixie Cut 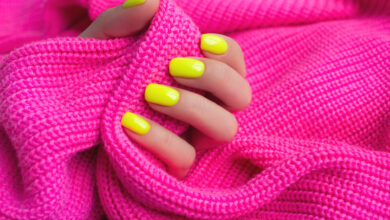 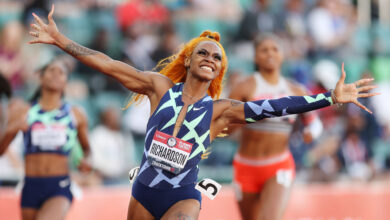 Sha’Carri Richardson Suspension from the Olympics: What To Know