MELBOURNE (Reuters) – World number two Rafa Nadal said he pulled out of Spain’s opening ATP Cup tie in Melbourne on Tuesday with a lower back problem with less than a week left for the Australian Open.

Nadal was due to play the second singles against Alex De Minaur in Spain’s tie against hosts Australia at the Rod Laver Arena but pulled out hours before his match.

“Hi all, we have decided with #TeamSpain and my team, to not play today the first match of the @ATPCup here in #Melbourne since I have a stiff low back,” Nadal said on Twitter. “Hopefully I’ll be better for Thursday.”

Spain, who lost in the final of the inaugural ATP Cup last year, will play Greece on Thursday and Nadal would hope he would be fit to play the tie and get some match practice before the Feb. 8-21 Australian Open.

A spokesman for Nadal, who tied Roger Federer’s 20 Grand Slam singles titles with his French Open victory last year, told Reuters that the 34-year-old preferred “not to force too much”.

The Spaniard was one of the top players who quarantined in Adelaide for 14 days after their arrival Down Under.

At the end of his isolation, he defeated Dominic Thiem 7-5 6-4 on Friday in a highly entertaining exhibition match between the men’s world number two and three at Adelaide’s Memorial Drive Tennis Club.

(Reporting by Sudipto Ganguly in Mumbai; Editing by Kim Coghill and Jacqueline Wong) 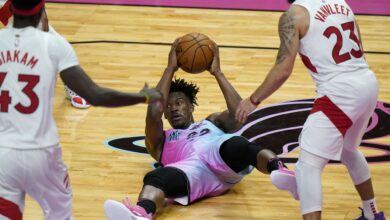 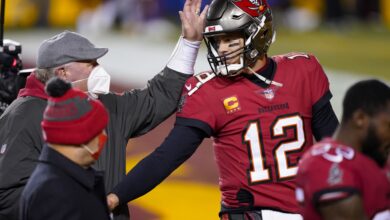 More and more money being bet on Bucs