A new bill introduced in the North Dakota Senate might have far-reaching consequences for app store operators. The bill, Senate Bill 2333, seeks to ban stores like Apple’s App Store and the Google Play Store from mandating developers only use those app stores and their respective in-app payment systems. It also bans retaliation against developers in the event they choose an alternative distribution channel or payment system.

“The purpose of the bill is to level the playing field for app developers in North Dakota and protect customers from devastating, monopolistic fees imposed by big tech companies,” said Sen. Kyle Davison (R-Fargo), who introduced the bill before a Senate committee on Tuesday, told reporters in a press conference yesterday, as reported by The Bismarck Tribune. Davison said the 30 percent fee imposed on app developers who sell software through Apple and Google’s marketplaces has the effect of “raising prices and limiting choices for consumers.”

The bill is quite simple and lays out three key restrictions for any “digital application distribution platform” that exceeds $10 million in annual revenue. That means an app store cannot:

As a state bill, the proposed legislation would only affect the operation of businesses like the App Store within North Dakota. But the sweeping changes the bill calls for would likely require companies like Apple to make substantial platform-level changes that could affect software distribution on a national scale.

The use of alternative in-app payment methods is at the heart of an ongoing legal battle between Fornite developer Epic Games and both Apple and Google, after Fortnite was removed from the App Store and Play Store in August of last year for introducing its own payment processing tool.

Epic purposefully engineered its Fortnite update to bypass the 30 percent cut of all in-app purchases required by Apple and Google as a form of protest, both to the standard 30 percent cut and specifically Apple’s App Store rules that bar third-party app stores from the iPhone. (Google does allow Android users to sideload third-party software and for developers to create alternative app stores for distributing software, though it does make doing so difficult.) Epic is now suing both companies for alleged antitrust violations.

“The purpose of the bill is to level the playing field for app developers.”

The Epic case is just one part of a growing antitrust movement in the US that’s taken aim at Big Tech. Every one of the major US tech companies, save Microsoft, is currently under increased antitrust scrutiny from the US Department of Justice and the Federal Trade Commission, as well as state attorneys general, with various levels of investigations underway. While Apple is not under formal investigation, CEO Tim Cook testified this past summer before the Senate Judiciary Committee during its tech antitrust hearing. Meanwhile, the European Commission has two ongoing antitrust investigations into Apple’s App Store and Apple Pay.

Apple has already testified against North Dakota’s new bill in a hearing on Tuesday with North Dakota’s Senate Industry, Business and Labor Committee. Apple’s Erik Neuenschwander, its chief privacy engineer, told the committee the bill “threatens to destroy iPhone as you know it” and that it would “undermine the privacy, security, safety, and performance that’s built into iPhone by design,” according to the Bismarck Tribune. “Simply put, we work hard to keep bad apps out of the App Store; (the bill) could require us to let them in.”

Basecamp co-founder David Heinemeier Hansson, who attended the hearing and testified in favor of the bill, criticized Apple for exaggerating the threat the bill poses to its business.

North Dakota’s SB 2333 is the first real, concrete legislative proposal I’ve seen that actually gives me hope that tech monopolies aren’t going to rule the world forever. Fargo or Bismarck sound like wonderful places to set up shop under a shield against abuse

Hansson has become a vocal critic of Apple’s App Store policies, following a showdown his company had with Apple last summer over Basecamp’s Hey email client. The disagreement centered on the functions of the Hey iOS email app, and Hansson and Basecamp CEO Jason Fried complained that the situation was emblematic of Apple’s inconsistently applied rules and the lengths the company goes to ensure developers are not sidestepping the 30 percent cut mandate. Although Apple and Basecamp reached a compromise, Hansson has since called for congressional action, as well as stronger antitrust regulation, to try to force Apple to alter its policies and to reign in Big Tech at large.

In written testimony Hansson prepared prior to the hearing, he laid out his case for Senate Bill 2333. “After the recitals, the 17 lines of SB 2333 read like music. Written in a language I can understand without hiring counsel to parse it for me. It almost seems too good to be true! But I sincerely hope that it is not,” he wrote in his testimony, which he later released online. “That you will listen to the small software developers from all over the country, who are tired of being bullied and shaken down by a handful of big tech monopolists out of Seattle and Silicon Valley.”

Hansson says the US needs a “fair digital marketplace free of monopoly abuse” and that “no single change will have a greater impact than giving small software makers like us a choice when it comes to in-app payment systems, and protection from retaliation, if we refuse the onerous deal the monopolists are offering.”

Chairman Sen. Jerry Klein (R-Fessenden) said during the committee hearing that “there’s still some mulling to be done” and that no action would be taken on the bill as of yet. Neither Apple nor Google have immediately responded to requests for comment for this story. 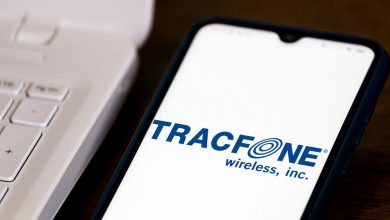 Study finds about 2.5 billion T. Rex roamed Earth but not at once: ‘That’s a lot of jaws’ 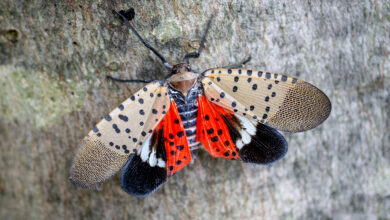