Rupee Vs Dollar Today: The rupee settled at 73.07 against the dollar

Continuing its losing streak for the fourth straight session, the rupee declined by one paise against the US dollar on Friday, June 11, to settle at 73.07 amid stronger American currency and rising crude oil prices. At the interbank foreign exchange market, the local unit opened at 72.97 against the dollar amid its previous close of 73.06 and swung in the range of 72.91 to 73.09 during the day. The domestic unit has lost 27 paise in the last four trading sessions.

“The focus now turns on the big final event, the Fed’s meeting next week, although there may not be much of a shift in rhetoric. If Fed hints that tapering discussion may be closer than before, a knee-jerk spurt may be witnessed in USDINR spot, but Fed won’t rush into tightening the stimulus so overall the dollar will remain soft,” said Mr. Rahul Gupta, Head Of Research- Currency, Emkay Global Financial Services.

”The stronger inflow into the domestic equity market could limit the upside in the pair for a while and RBI’s continuous spot intervention could limit the downside upto 72.50-70 levels. Overall, we expect that the USDINR pair should trade in the tight range of 72.50-73.20 zone before any big trigger gives a breakout on either side. However, the chances of upper side breakout are higher as RBI’s buy spot, sell forward swap could not allow further downside,” said Amit Pabari, MD, CR forex.

“Taking cue from decline in Covid cases, stock markets in India remained resilient this week. BSE Sensex and Nifty 50 continued to make record highs during the week. Both BSE Sensex and Nifty 50 moved up by 0.8% each in the week. Market rally remained broad based with healthy rally witnessed in BSE Midcap and BSE Smallcap index. Majority of the sectoral indices moved in the positive direction,” said Shrikant Chouhan, Executive Vice President, Equity Technical Research at Kotak Securities.

According to provisional data, the foreign institutional investors (FIIs) remained net buyers in the capital markets, as they purchased shares worth Rs 1,329.70 crore on June 10. Brent crude futures, the global oil benchmark, rose 0.22 per cent to $ 72.68 per barrel.

Would You Clone Your Dog? – Dogster 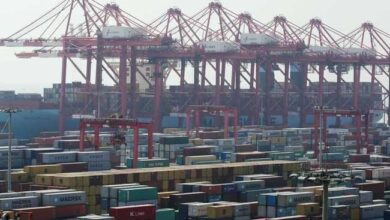