Buy now, pay later services — which let consumers finance the purchase of goods online by paying back the total in installments over time — have been growing in ubiquity this past year. Today, Scalapay, one of the companies that’s building a platform to enable buy now, pay later (BNPL) and related features, has raised a round to boost its position in the race for customers against competitors like Klarna, Afterpay and Affirm.

The Milan, Italy-based startup has picked up $48 million in funding, money that it will use to continue building the tech in its platform, scaling its service in Europe, and to begin working on efforts to break into the U.S.

The round was led by Fasanara Capital and also included Baleen Capital and Italian family office Ithaca Investments. This is the startup’s first significant funding since launching in 2019.

Scalapay’s service is based around a basic model involving a quick sign-up, and then an agreement to repay the full amount in three equal installments, debited from your bank account or a credit card.

Like others such as Affirm, Scalapay does not charge consumers interest or other fees: its business model is based around taking a commission from the merchants on each transaction, the argument being that offering an easy and quick BNPL service will increase conversions and shopping cart size.

The startup currently has around 1,000 merchants in Europe using its service in France, Italy and Germany, including well-known, mulitnational European retailers like Decathlon, Calzedonia, Bata, Aosom and Bricobravo. It claims to be the biggest provider of BNPL services in its home country.

It also inked a recent partnership with banking “marketplace” Raisin Bank, and through that, Scalapay will soon be able to offer its merchant customers the ability to offer BNPL services in any European country.

The plan will be to add on more originating countries, said CEO and co-founder Simone Mancini, as well as related payment features in areas like customer acquisition, conversion, retention and the back office tasks associated with taking and fulfilling and order.

For a start, on its own site, Scalapay lists merchants that offer its BNPL service, and the startup has found that these links are on average generating 1 million referrals each month. Mancini said the company is working on a way of building a product around this concept as part of its expansion.

There was a time when it was not that common to find installment-based payment options on sites, with BNPL a carryover from the world of brick and mortar where people might have in the past paid for items using layaway or other in-store finance options, in particular for more expensive items like televisions.

But the traction of older online services like privately-held Klarna (valued now at over $10 billion), as well as Affirm in the U.S. and Afterpay in Australia (both of which are publicly traded), have paved the way for more recent entrants like Scalapay (which was founded in 2019) and other newer players like Alma.

All of them have in part been lifted by the conditions that we are living under at the moment.

E-commerce usage has seen a huge surge of activity due to people staying away from physical stores (when those stores are even open) to help with social distancing. But at the same time, many consumers are in less financial stable situations as a result of the pandemic, so options to help them stretch out payments and remain more flexible with their money have grown in appeal.

This has also meant that the average price of the kinds of items that people are buying on installments is also changing. Mancini said the average sum people are paying on Scalapay currently is around €100. That underscores the value that people are not willing to pay up front, so from a microeconomics perspective it will be interesting to see how that figure rises or falls in the future.

The fact that the sums are not particularly high right now, meanwhile, might be one reason why Scalapay has seen some strong numbers in terms of defaults and approvals. Mancini said that “first purchase approval rates” are about 93% right now, higher or lower depending on the category. And its default rate is below 1.5%.

These are not bad, but also not markedly different from its competitors.

Going forward, the big challenges for a company like Scalapay, therefore, will not just the usual ones of building solid algorithms to ensure that they are not financing people who are likely to default on payments, making sure its system stays fraud-free, and so on. They will also include finding a way to distinguish itself from the rest of the pack of companies providing the same kinds of basic services.

Perhaps a small detail, but it’s notable to me that Scalapay’s site doesn’t look unlike Klarna’s. Both even lean heavily on pink as a color theme.

It’s also worth mentioning that Mancini moved to Italy from Australia (where his co-founder Johnny Mitrevski still lives and runs R&D) to start Scalapay because Australia, he said, was going to be too hard to break into because of the dominance of Afterpay.

“Australia is one of the most competitive markets, versus Italy being one of the most underdeveloped markets,” he said. “It was an easy pick, with heaps of opportunity here for BNPL.” The company’s focus on building more beyond basic BNPL should also help with building a profile and diversifying the business.

“I was impressed with the fast growth of the company and the underlying model,” said Francesco Filia, CEO of Fasanara Capital, in a statement. “They have shown resilience during a difficult period and I’m excited by where the company is headed.”

“Scalapay’s platform delights customers while driving dramatic results for merchants,” added Fang Li, Managing Partner of Baleen Capital, in a statement. “As a long-time investor in the BNPL industry, I have been beyond impressed by Scalapay’s team, execution, and product vision. I believe the company is on the way to building a valued and leading partner for European retailers.”

Archaeologists Discover Spot in Alaska Where Indigenous Fort Once Stood 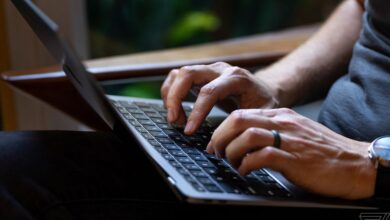 Lessons from a bootstrapped CEO – TechCrunch