“When it comes to Amazon, you’ve got to scratch your head and say, first of all, I think everybody watching us knows there was a personal feud going on between Jeff Bezos and President Trump. Well, excuse me. That should not get in the way of public health,” Siegel told “Fox & Friends.”

Siegel said that the United States “certainly could have used Amazon along with all their communications” to help distribute the vaccine.

“We’ve been having a breakdown of communications at the state level and all of their workers. And guess who they’re going to give the vaccine to first, Steve? They’re going to say their workers are frontline workers, which they are. But I bet they end up at the front of the line here.”

WHY DID AMAZON WAIT UNTIL BIDEN’S INAUGURATION TO OFFER HELP WITH VACCINE DISTRIBUTION?

Shortly after President Joe Biden was sworn into office Wednesday, Amazon congratulated him on his inauguration and offered their extensive resources to help the new administration in its vaccination effort.

“As you begin your work leading the country out of the COVID-19 crisis, Amazon stands ready to assist you in reaching your goal of vaccinating 100 million Americans in the first 100 days of your administration,” Dave Clark, CEO of Amazon’s worldwide consumer business, wrote in a letter to Biden Wednesday.

“We are prepared to leverage our operations, information technology and communications capabilities and expertise to assist your administration’s vaccination efforts,” Clark continued. “Our scale allows us to make a meaningful impact immediately in the fight against Covid-19, and we stand ready to assist you in this effort.”

There have been almost 36 million doses sent out, however, only 16.5 million have been administered. Siegel said that Operation Warp Speed “has done what it was supposed to do, which was to bring the vaccines to market.”

“They’re sending them out there. That thirty six million is the same rate of a million a day, over 100 days that President Biden is offering or promising,” Siegel said.

Siegel went on to say, “The problem has been on the other end, getting it into people’s arms with people like Governor Cuomo pushing stop signs, trying to go around everyone and get it right from Pfizer. All of that could have been helped by Amazon, as you just said, helping to get it from Operation Warp Speed and the federal government into people’s arms. That’s something that they could really help with. And it’s a disgrace that it’s taken so long and that it seems to be political.”

What to Do If Tattoo Gets Infected 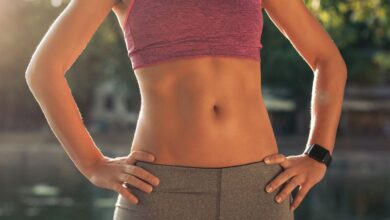 How to Get a Flat Stomach Fast