The rebirth of Nintendo Wii Sports is upon us. The new offering is called Switch Sports, and this title is quite meatier than its 2006 predecessor. I got some early, yet brief, playtime with the six sports launching on April 29. After swinging my arms (and leg) around for an hour with Nintendo representatives, I don’t know if I really mastered any one sport — but I do know that I want more sword fighting in my life.

Just like you’d expect, in Switch Sports you’re moving your Joy-Con controllers in various motions at just the right moment (while trying not to hit the people next to you in the living room). Games at launch include volleyball, soccer, bowling, badminton, tennis and chambara — aka sword fighting, aka a way to release your rage and make your arms sore for two days.

The boxed version of Switch Sports costs about $50 and comes with a leg strap to attach a Joy-Con to your thigh, letting you kick a ridiculously large soccer ball into a net for a shootout game. Leg straps also are sold separately for about $10, and you’ll want to buy a spare for two-player fun at home. (Or use the leg strap from the Switch workout game Ring Fit Adventure, if you happen to already have it.)

The team with Nintendo set me up in a Manhattan loft, offering quick samples of each main game, which you can see in the video embedded above. My teammate and Nintendo guide would pair with me on games like tennis and volleyball, telling me when and how to move my arms around. I know I wasn’t managing the right form most of the time as I flailed around, but I’m happy to say that even when I felt clueless I didn’t totally fail, so good on me.

That said, I think Switch Sports is pretty forgiving for beginners — and it doesn’t take too long to get the hang of what’s going on. Volleyball was more complicated than tennis, and badminton had its own little trick movements to remember.

Bowling was straightforward, but oddly enough it makes users hold a trigger button down the whole time during a roll, and my brain kept wanting to release the button when my character was releasing a ball. I went up against four players at once, a screen split between all of us bowling simultaneously, and it all felt very chill and casual. There are some side challenges I didn’t get to try, like putting obstacles in the middle of your bowling lane.

The ball-kicking challenge for soccer was definitely all about timing and the positioning of your foot. It took some adjusting to tell myself to kick sooner than I normally would. But there’s no kicking yet in the main soccer game. If you want to run around the field with teams, you’re putting a Joy-Con controller in each hand and using arm swings to kick and head dive. A Nintendo spokesman said an update is coming to the soccer game this summer that will let you use the leg strap in the main game.

The look of everything is obviously more detailed than the original Wii Sports I played 16 years ago. But instead of Mii characters, you can customize these little anime-looking characters with outfits, hair styles, names and titles. The Nintendo folks set me up with a very Bridgety looking player, but you can bring your actual Mii into the game if you want to rock it old school.

Two games stood out as favorites: badminton (only because it felt more fun than tennis, and we could keep streaks going longer), and — yes, yes — chambara. For sword fighting, your controller is the imaginary beating stick, and you have to develop a strategy of blocking and striking by holding the controller at certain angles. If your strategy is to go hog wild and swing in every direction, that also could work.

With only a few minutes left in my demo time, I had to spend it trying the most challenging chambara mode: dual swords. I was sure I had no idea what I was doing, but I kicked butt. And that’s what matters most in a Nintendo party game.

Of course, it being the Switch, there are ways to play online. Nintendo will be releasing special accessories for players to collect on certain weeks, all to show off to your friends the more you play. There are even more features coming down the line, with golf being added in the fall. No word on other classic Wii Sports challenges coming back, like baseball or boxing.

Do you want a game to get you active and moving around? Well, my arm was a bit sore the next couple of days, but only chambara got my heart rate up. If you want real exercise, seek out Ring Fit Adventure on the Switch, which gives a true body workout. But for quick fun with friends, online or in person, Switch Sports is victorious.

PS5 restock update: How to buy PlayStation 5 at Amazon, Best Buy, Walmart and other major retailers 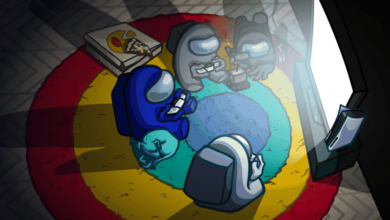 Among Us arrives on PlayStation and Xbox consoles Dec. 14 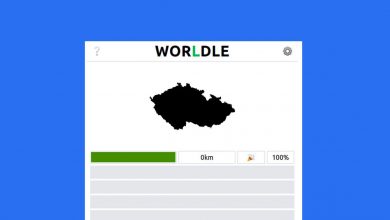