Coming from Manchester, I was curious to visit Lodz, which is nicknamed the “Polish Manchester”. Just like Manchester, the city has a rich textile manufacturing industry, although it sadly fell into decline after World War Two.

As with many Polish towns and cities, its name is pronounced nothing like how it is spelt. Actually pronounced “Woodj”, the city is now up-and-coming, with plenty of regeneration happening. You’ll find trendy cafes and colorful murals scattered all over. Lodz isn’t as well known as places like Krakow, Warsaw or Wroclaw, but it’s a destination definitely worth visiting if you get the chance.

With Ryanair operating cheap flights from London, it’s especially easy to hop over there for a weekend from the UK. Plus prices in Poland are much more affordable, so it makes for a cheap weekend getaway. Best of all it’s easy to walk around on foot, so no need to spend money on transportation while you’re there.

Here are some of the top things to do in Lodz, Poland:

Piotrkowska Street is Lodz’s main street, which happens to be one of the longest commercial streets in Europe, measuring 4.2km. The street runs in a straight line between Independence Square (Plac Niepodleglości) and Liberty Square. It feels like it lasts forever, particularly if you walk along it in winter, which is when I went. Lodz gets exceptionally cold in winter and it hurt to take my gloves off for more than a second! The street is lined with shops, restaurants and colorful buildings. At no. 78 you’ll find the childhood home of the Polish-American classical pianist Arthur Rubinstein and on the street you’ll find a statue of him sitting at a grand piano.

Check out Avenue of Stars

Located at Piotrkowska Street, Avenue of Stars aka Hollylodz (pronounced Hollywoodj, get it?) is a copy of the Hollywood Walk of Fame. However, instead of famous Hollywood actors, you’ll find the names of over 65 famous Polish actors, directors, cinematographers, stage designers and other artists. Famous names include Roman Polański, Jerzy Kawalerowicz and Pola Negri, one of the most famous actresses of the silent film era. You’ll find the Avenue of Stars between 6 Sierpnia Street and Rubinstein Passage, partly in front of Lodz’s most iconic hotel – The Grand Hotel.

Housed in a renovated old factory building, Manufaktura is the city’s most well-known attraction. Covering an area of over 27 hectares, this enormous complex of red brick buildings houses over 300 businesses, including several museums, a cinema, a theatre, a bowling alley and a fitness club. You’ll also find a plethora of shops, restaurants and cafes to choose from.

This 19th century palace was once the residence of textile magnate Izrael Poznański, who was one of the key figures who drove the textile revolution in Poland. After acquiring the site on which it stands, Poznański commissioned an architect to turn the existing two story building into a Neo-Renaissance and Neo-baroque style residence. Visitors to Lodz can take a tour of the lavish rooms and visit the Museum of the City of Łódź, which is housed inside the palace.

If you’re looking for a unique Instagram location, have your photo taken at Pasaż Róży, located at 3 Piotrkowska Stwhich. The passage is covered in pieces of broken mirror that sparkle in the daylight, bringing life to this otherwize dark courtyard.

Created by artist Joanna Rajkowska, this work of street art is inspired by the illness of her daughter, Rose, and her journey from not seeing, to seeing. After undergoing chemotherapy for a type of eye cancer, Rose was left partially blind and had to have her retina constructed.

If you love murals, Lodz is covered with them. Everywhere you go you’ll find incredible street art splashed over walls throughout the city.

Over 70 walls have been decorated with urban art, making it the largest urban gallery in Poland. The project was initiated by the Urban Forms Foundation in 2009 with the aim of transforming Łódź by supporting international street artists and modern artistic projects in the city’s open spaces. It’s not difficult to stumble across the murals but if you need some help locating specific murals, In Your Pocket has created a directory of Lodz street art with addresses that you can put into Google Maps.

One of my favorites is the colorful portrait of classical pianist Artur Rubenstein, which was created by Brazilian artist Kobra in 2014.

If it weren’t for the street art, Lodz would be a rather gloomy, grey place, but these colorful paintings really make the city’s streets come alive.

This modern development is called Off Piotrkowska because, well, it’s situated directly off Ulica Piotrkowska. Just like Manufaktura, it’s housed in an old brick cotton mill that closed down in 1990. This is perhaps the most hipster area of Lodz, featuring a barber shop, several boutiques, artist studios, eateries and bars.

Muzeum Sztuki ms2 is a modern art museum featuring avant-garde and contemporary art works. Located in the Manufaktura complex, the museum features 20th and 21st Century Art, along with changing temporary exhibitions. When I visited the most striking art works included a sign of flashing light bulbs reading “not for you” and a painting of a ship’s bow.

If you want to try some traditional Polish/Jewish cuisine, head to Anatweka, an old school restaurant which has live music every day and a violinist perched up high on the wall playing a medley of Jewish tunes. The menu features dishes such as Jewish style carp, caviar with onion, betroot soup, beef in horseradish and duck with cherries.

The Scheiblers and the Herbsts were among the wealthiest families in Poland, having built their wealth from textile manufacturing during the industrial revolution. Built for the marriage of Matylda Scheibler and Edward Herbst, the Herbst Palace remained in the hands of the family until 1942, before being nationalized after World War 2.

It took on various functions before eventually being taken over by the Muzeum Sztuki in 1976.

Have a beer at Piwoteka

Whenever I go traveling I love visiting breweries and trying the local beer. Piwoteka is a brewery in the centre of town with a great selection of craft beers. The service is great and I felt super comfortable sitting on my own chatting to the bartender. Definitely a great spot for a casual drink in Lodz.

Stop for lunch at Mitmi Restobar

Situated in the Off Piotrkowska area, Mitmi Restobar is a cute cafe and restaurant with exposed brick and a semi-industrial interior. The restaurant serves modern Polish cuisine and a locally sourced, seasonal menu. I ordered the duck and it was delicious.

Have coffee at Warzywa i owoce, aka Café Fruits And Vegetables

I happened to stumble upon Warzywa i owoce when I was wandering around Lodz and was in need of hot a drink to warm myself up. This coffee shop has a funky interior with plants hanging in the window. The coffee is some of the best in town and the baristas know what they’re doing. You can also order food, craft beer and desserts.

I flew budget airline Ryanair, which offers cheap flights from London Stansted and East Midlands to Lodz. Flights start at as little as £9.99! You’ll land at Łódź Władysław Reymont Airport is located around 6km southwest of the city and the best way to get into town is by taking a taxi or Uber. Taxis take around 20minutes to get into town and are very cheap, costing around 20-40 zloty. If you want to take public transportation, you can Bus Line No. 65A and 65B, which will take you to the Lodz Kaliska Railway Station, where you can catch the train into the city centre.

Where to stay in Lodz

I stayed in the following Airbnb, which was very comfortable. 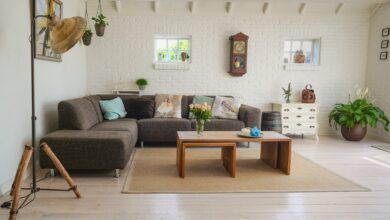 How to get started with your DIY home decor blog 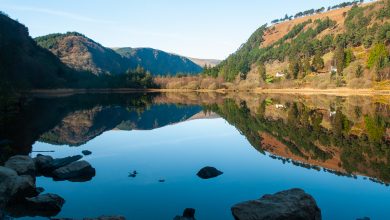 Day Trip to Glendalough from Dublin (P.S I Love You, Ireland) 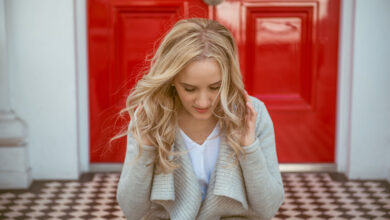 How to Grow Out Your Natural Blonde Hair Color 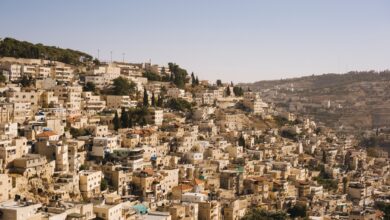