Can one man’s miraculous rags-to-riches story encapsulate the cumulative “truth of India”? Balram Halwai, the protagonist of The White Tiger, would have us – and a Chinese Premier, no less – believe that it can. The truth is that his account, vivid as it is, merely skims the surface of a complex, ever-morphing social collage.

Aravind Adiga’s Booker Prize-winning 2008 bestselling debut novel did pretty much the same. The adaptation for the screen by Iranian-American writer-director Ramin Bahrani fares no better. But that is not to say that the Netflix original film has nothing to commend itself.

As it glides through the themes of poverty, inequity and rebellion, the two-hour film captures an underprivileged man’s fight for freedom from “the chicken coop” that life has dumped him into. This guy is unlike others of his ilk, poverty-stricken people too broken in spirit to contemplate escape. Balram is a white tiger, “a freak, a pervert of nature’ born once a generation. He dares to dream of clawing out of the hellhole.

The White Tiger follows Balram’s evolution in a manner that is matter of fact but peppered with acerbic wit and rapier-sharp dialogue. The man’s rise from the dumps mirrors, if only partially, the arc of a nation always in flux, a land intractably divided on class, caste and community lines, a society undermined by systemic violence against the weakest of the weak.

Bahrani (Man Push Cart, Chop Shop, Goodbye Solo), a filmmaker reputed for his underdog tales, pumps all he’s got into The White Tiger. The film is, however, a mixed bag. The storytelling is incisive and kinetic. Lead actor Adarsh Gourav is absolutely brilliant. Priyanka Chopra Jonas, in a supporting role, doesn’t put a foot wrong.

Cinematographer Paolo Carnera achieves an effective contrast between the glitter of the ‘new’ India and the bleakness of the one doomed to languish in dire distress. The editing by Tim Streeto (The Marvelous Mrs. Maisel) lends the film a whippy momentum. Yet, the roar of The White Tiger isn’t uniform.

The markers of the genre are all here. Unscrupulous entrepreneurs, corrupt politicians, feudal oppression, ugly patriarchy, exploitation of a defenceless underclass and a perfect crime that alters the protagonist’s life are strung together to reveal how power structures thrive on the acquiescence of the weak.

The story pans out between 2007 and 2010, a period of rapid change in an India jockeying for a seat at the high table of the global economy. A decade on, the Dickensian tone of the tale has lost none of its relevance. If anything, it has acquired a sharper, more caustic edge.

The narration stems from Balram Halwai (Gourav), sitting in his luxurious Bangalore office, writing an email to the then Chinese Premier Wen Jiabao (who is on an official visit to apprise himself of India’s growth story as an outsourcing hub for American companies) and reading it aloud.

He points out that being poor (and socially backward) is the worst thing to be in a democracy. The poorer you are, the harder it is to break free from the shackles, he adds. His birth, his caste, his family, his employers and his fate are all huge hurdles.

It is but natural for Balram to believe that “the Indian entrepreneur has to be straight and crooked, mocking and believing, sly and sincere all at the same time”. The lead actor articulates the contradictions of the man he plays with amazing felicity.

When Balram lands a job as a driver for a wealthy man’s genial son despite never having driven a car, he is told to stick to making sweets. But Balram has other ideas. The wily, plucky man recognises that there can be only two destinies for those born in darkness – “eat or be eaten up”. He bides his time, diligently serving a man who he believes could be his ticket out of poverty.

The film’s voiceover narration begins somewhere in the middle – an SUV speeds down a Delhi street at night with a completely sloshed lady at the wheel while a Punjabi pop number plays on the soundtrack – and then stops abruptly. This is no way to start a story, Balram interjects. “I’m Indian. It is a venerated custom (here) to start a story by praying to a higher power,” he says. He never stops dripping sarcasm and irreverence even as he invokes the gods.

The White Tiger renders Balram’s story, simplistic as it is at times, with propulsive power of the sort that offsets the failings of the sweeping, fable-like narrative. The tweaks and omissions in Bahrani’s audacious cinematic reworking of Adiga’s take on the master-servant dynamics lend pace and pungency to the parable.

Debts accumulated by his rickshaw-puller father robs Balram of a fair shot at education; his greedy grandmother Kusum (Kamlesh Gill) takes away whatever he earns; and his lot in life instils in him a deep-seated sense of servility. He kowtows unquestionably to his master, the US-educated Ashok (Rajkummar Rao with an accent too put-on to be effective), who has just returned home with his wife Pinky (Priyanka Chopra Jonas), a feisty chiropractor. Balram drives their gleaming Pajero.

Ashok is the younger son of The Stork (Mahesh Manjrekar), a Dhanbad landlord who squeezes the poor residents of Laxmangarh town dry and runs a fraudulent business selling coal from government mines without paying taxes – a racket that The Great Socialist (Swaroop Sampat), a powerful leader of the backward castes, facilitates.

Ashok is a decent bloke, not the sort of bully that his elder brother Mukesh The Mongoose (Vijay Maurya) is. “In Laxmangarh, they would have called him The Lamb,” Balram says. In Ashok, he sees a ray of hope. He is treated like dirt by The Stork and The Mongoose. But Ashok often stands up for his driver, as does Pinky, who takes on her in-laws whenever they cross the line of civility.

Balram is no saint either. He thinks nothing of mimicking his masters to get ahead in life. He takes recourse to slimy means to have the number one driver fired. He bribes the police. He hollers at an old woman who asks him for money to buy food. He stops at nothing to wriggle out of a corner when pushed to the wall.

His anger peaks when he is forced by his employers to take the rap for an accident that he wasn’t responsible for. His story, as he warns Wen Jiabao, turns much darker from this point on. In Delhi, he accompanies Ashok (and, sometimes, Mukesh the Mongoose) as they move around the city with a red bag stashed with speed money for politicians.

Balram has to reckon with his granny, too. Back in Laxmangarh, the old lady presides over a large clan. She gives her prodigal grandson no leeway. A chunk of what Balram earns usually makes its way back to the old lady.

Nation, society, workplace, family – Balram has a battle on his hands on every front. His eyes and face are frequently framed in the rear-view mirror of the Pajero, his gaze shifty and conveying an array of emotions – wonder, curiosity, surprise, slyness.

We know right at the start of the film, like we did in the book, that Balram Halwai has flown the coop. How he does it constitutes The White Tiger. Bahrani packs just enough into the tale in filmic terms for it not to seem drearily familiar.

Wanderlust How to Find Home From Within This Is What Ananya Panday Commented On Suhana Khan’s Post 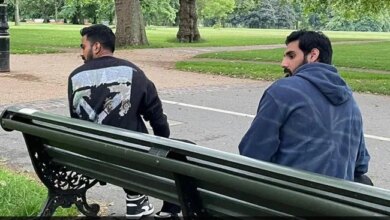 On Tadap Release Day, A Shout-Out For Ahan Shetty From KL Rahul 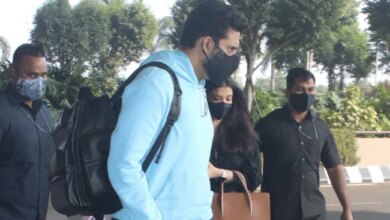