(Pocket-lint) – Folding phones burst on to the scene in 2019, making the phone industry much more interesting, having faced years of stagnation and same-y looking glass rectangles. It was a chance to show off designs, be more adventurous and do something different. And the best part about it: not one company launched a product exactly like any other.

From an early start with Samsung and Huawei, many more manufacturers are now joining the fray, bringing a lot more diversity to this segment of the market.

While the cost may still be prohibitive for a lot of people, these are the devices to look forward to in the near future.

What future folding phones are coming?

A lot has been said about the next Galaxy Z Fold, expected to be the Fold 3. There’s speculation that it could debut the awaited AMD GPU that we know Samsung has been working on. It’s said that there will be a slightly smaller display, offering 120Hz, perhaps supporting S Pen input.

It’s thought that the Z Fold 3 is going to be the true flagship for Samsung with a large folding event expected in June or July 2021.

With the original Z Flip getting a 5G update, it’s thought that the next model will jump to Z Flip 3 so that the numbers align with the Z Fold. It’s been suggested there could be two versions of the folding phone in 2021, perhaps resulting in a more affordable model to drive sales.

Little has been leaked about the new model, but it’s been suggested that there will be a July launch alongside the Z Fold 3.

Rumours of a cheaper folding phone have been circulating for some time, right back into early 2020. At the time, a folding phone with a smaller external display and lower grade hardware was suggested, the idea being to get folding devices at a more affordable price to help adoption. The trail on this device has grown a little cold now: will there be a cheaper Z Fold, or will Samsung just drive people towards the cheaper Z Flip instead?

Xiaomi has shown off a tri-fold prototype previously, but has also been linked with various other folding phone options. While we think that the out-folding concept will have been put out to pasture now, rumours have focused both on a clamshell device and a book type device.

Samsung Display is rumoured to be supplying the panels in both cases, with the book-style device said to have a 8.03-inch display, making it pretty big. Details are thin on the ground, but sources in Korea continue to suggest a 2021 launch for a folding device from Xiaomi.

Google first expressed an interest in a folding Pixel device in 2019. In 2020 there was a leak revealing a Passport codename, identified as a folding phone and targeted at a Q4 2021 reveal. Android has been increasing support for larger and folding devices, while Google is reported to have ordered a 7.6-inch flexible AMOLED panel from Samsung Display. It’s far from certain, but it at least shows the foundations of what might be a folding Pixel in the future.

Oppo has shown off a number of folding phones, including an out-folding device in 2019, but it’s now thought that Oppo will be bringing a clamshell device to market in 2021. Not a lot has been said about this phone, except that it will use a Samsung Display panel that measures 7.7-inches – which is large for this type of device. Not a lot to go on here, but the company is obviously keen to enter this segment of the market.

Now that Honor has separated from Huawei, it potentially has more freedom to do whatever it likes. That might include a folding phone. We’ve cheekily called it the Honor Magic 3, because we can’t see Honor making a sliding phone when folding is clearly the direction to be moving it. Little has been said, aside from the loose suggestion that Honor is interested in making something folding.

While not strictly a folding phone, Oppo has shown off the Oppo X, a phone with a rollable display, so that it can expand. This was first showcased at Inno Day in November 2020, before being highlighted again at MWC Shanghai in 2021. It allows a 6.7-inch device to expand to 7.4 inches.

Another rolling option is the LG Rollable. This is a concept phone, revealed at CES 2021 and taking advantage of flexible display technology, something that LG has been showing off in its TVs for some time. Here a 6.8-inch display becomes a 7.14-inch display. Will it ever happen though? That’s the question, with reports saying it was cancelled, before being firmly rebuffed to say it wasn’t.

TCL has shown a number of concepts, with the Dragonhinge getting plenty of attention in 2019 when it was first revealed. It was supposed to be a statement of intent and many expected TCL to follow up with some sort of folding phone, but 2 years later, we’re still waiting.

A year on from showing off the Dragonhinge, TCL demoed the a rollable phone concept. Showcased in 2020, it proposes the same sort of thing we’re seeing from LG and Oppo. Again, little has come from the concept and while it looks pretty, there doesn’t seem to be much movement pushing these devices forward.

Apple, of course, wouldn’t let anything slip about a folding phone and it wouldn’t bring it to market until the hardware was tried and tested, so we’d expect it to be a good few years before anything happens. However, in 2019, during the height of folding phone prototypes, Bloomberg reported that Apple was interested in what folding devices could offer. In 2020 we heard supply chain reports that hinted at a 2022 folding iPhone, although we still feels that’s a little too soon for Apple to make such a big move.

Meet the LatinX Startup Alliance and StartOut founders from TC Include at TC Sessions: Justice 2021 – TechCrunch 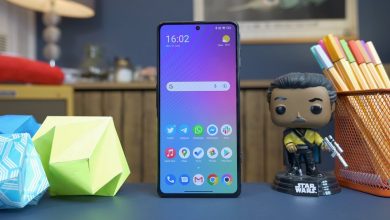 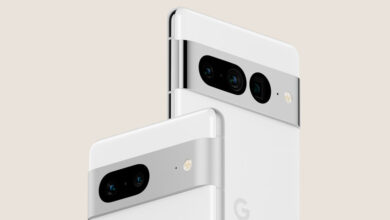 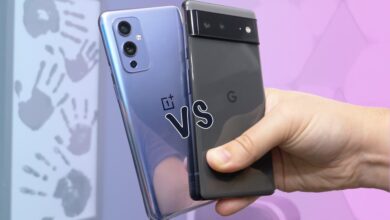 Google Pixel 6 vs OnePlus 9: Which should you buy? 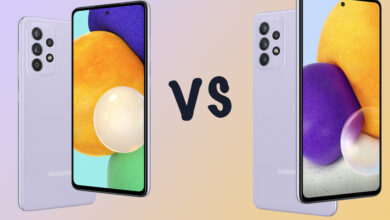