The pieces celebrate the first full moon of 2021.

The offering includes a made-to-order 10k gold ring, and a selection of silver items like studs in the shape of a crescent. The collection’s standout, though, is the Luna Mae pendant necklace; handmade in Ireland using an Ancient Egyptian technique called the “lost wax process”, it captures the contours of the moon’s surface and is named in homage of Mae C. Jemison, the first Black woman to travel to space.

Mayers plans on launching a new collection with every following full moon, and it’s no surprise she’s as into astrology as the rest of us. But the foundation of her brand comes from a more grounded influence.

Recalling a pre-pandemic family trip last year, Mayers says she brought along some beads to make crafts with her kids. “I used lettered beads to make a bracelet with the word ‘Om’,” she says. Adding that she loved the nostalgic vibe of the trinket, Mayers was inspired to cast the bracelet in gold on the advice of her two brothers-in-law, who are both jewellers.

She began wearing the precious piece while she taught her yoga classes, and people quickly took notice. Mayers happily realized she could flex her creative muscles with a new jewellery endeavour, and eventually, Orijin was born.

Mayers notes that the last year’s boom in online shopping has been a boon to her fledgling brand, and she’s thrilled to be able to give her customers a happy-making boost these days. “Where are we getting good feelings from,” she says when asked why she thinks e-commerce has thrived above and beyond necessity. “You’re waiting for your package to come, and that gives you some dopamine.”

A purchase from Orijin contributes to communal well-being, too. A portion of proceeds from sales of its Om Collection pieces go toward supporting artists in low-income communities and organizations like The Well Collective, which champions BIPOC wellness entrepreneurs. “I definitely want to give back to the community I’m a part of,” she notes.

From the vastness of the galaxy to the centering of yoga, Orijin’s influences speak to the idea of things that have expansiveness and endurance. And Mayer says that it’s satisfying to consider that what she creates could be passed on to future generations one day. “The things we thought were a luxury before have become unattainable,” she muses, reflecting on the impact of COVID and how it particularly relates to her brand’s future. “It’s the little things that become a luxury.”

Sam Darnold is an “unbelievable talent” 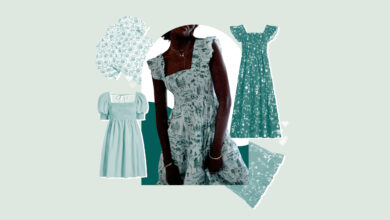 Hill House Nap Dress: The Garment That Blossomed Into A Community 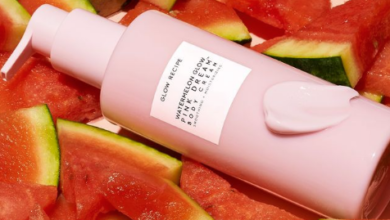 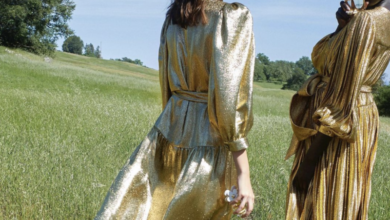 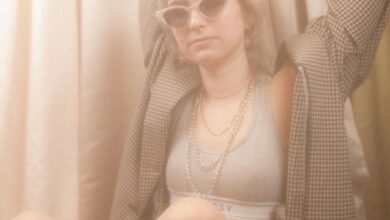