ATLANTA — The Brooklyn Nets were a few seconds away from staving off a young Atlanta Hawks squad on the road inside of State Farm Arena on Wednesday night.

With four seconds remaining in overtime, James Harden was at the charity stripe and Hawks star point guard Trae Young was positioned behind him staring into space in deep thought. He looked as if he was itching for a couple of do-overs.

The rising Hawks had fought valiantly throughout and led for much of the contest. They had their chances to win. In the end, the three-headed superstar trio of Harden, Kevin Durant and Kyrie Irving were too much to overcome down the stretch, accounting for 89 of the team’s 132 points in a four-point Nets win.

Young finished the evening with 28 points and 14 assists. The third-year guard issued Yahoo Sports an exclusive phone interview to discuss what he was thinking late in the game, the misperception of the Hawks’ locker room and a look into the latest phase of the franchise’s developmental chapter.

‘I just love playing against the best’

“When the game got to that point [with Harden at the line sealing the victory], I was just thinking that I’m looking forward to the next matchup against them,” Young told Yahoo Sports. “I think for us, being in the East and having a chance to possibly see them in the playoffs and maybe see them in the second half of the season, I just love playing against the best. That’s always fun. So when you get a chance to play against them, it brings the best out of you. So when that happened at the end of the game, that’s what I was thinking about, the next time we play them.”

Prior to Wednesday’s affair, the season series was tied at 1-1 with Atlanta winning the last game in Brooklyn by 18 points.

In the previous two years, the Hawks more than likely wouldn’t have been able to compete for 48 minutes against a team of this caliber. Now, Clint Capela — who is making a case for All-Star consideration — is racking up massive double-double numbers while protecting the paint and Hawks coach Lloyd Pierce is equipped with a nucleus of John Collins, De’Andre Hunter and Cam Reddish who are showing immense promise as long, versatile defenders capable of switching everything.

The Hawks are trending upwards.

“I read a stat a couple days ago that we didn’t win our seventh game last year until our 35th game and we’re 9-9 right now,” Young told Yahoo Sports. “So for us, we’re winning and we’re getting better. That’s my main focus and if we’re doing that, everything else will take care of itself.”

But with success, often comes scrutiny.

The Athletic reported earlier in the month about a film session in which Collins reportedly criticized Young for mismanaging the clock on the offensive end and questioned his early shot-clock heaves. The leadership skills of the 22-year-old franchise player were suddenly in question.

On a young team, those sort of gripes are routine across the league. But Young insists the episode was overblown.

“Of course if there’s anything out there publicly, I always go directly to [that person],” Young relayed to Yahoo Sports. “As for the John [Collins] incident, me and him talked about it as soon as it got out the next day and we were both confused. It just got out and it was over a regular film session. So there’s no beef or anything in there to begin with. There hasn’t been any locker room issues on my side. Anything that people were saying about locker room issues, there hasn’t been one. It’s all about our team and how we’ve been trying to get better in film sessions.”

Another area of scrutiny Young has endured as of late is his foul-drawing ability. He has a knack for using a screen to get around his defender, sealing him on his backside and causing the opponent to run into him.

Nets coach Steve Nash and New York Knicks coach Tom Thibodeau along with multiple players have complained to the officials about Young’s tactic for getting to the line.

“I’ve obviously seen it. I’ve seen a lot more talking about fouls this year and me just being able to draw fouls and the way I’m drawing them,” Young told Yahoo Sports. “If you look at my track history going back to high school, I averaged 42 points and I’m pretty sure I shot 17 free throws a game. And in college, I led the country in free throws my freshman year. I’ve always been able to know how to get to the free-throw line. It’s little things like that people are pointing out this year, but it’s stuff I’ve been doing my whole life.”

Young said he’s built for whatever may come his way. And that bodes well for the Hawks whose mission is to return to a place they haven’t been in five years.

“Making the playoffs is the main goal for us,” Young told Yahoo Sports so adamantly. “For us, these past couple of years, it’s been more of a development stage. We’re all pretty young and of course we’re trying to win each and every night, but everybody’s main focus was to get better each and every day. And when you’re hearing that all the time, that’s really the main focus. So now, it’s like, ‘How can we win each and every day.’ It’s a different mindset around here now.” 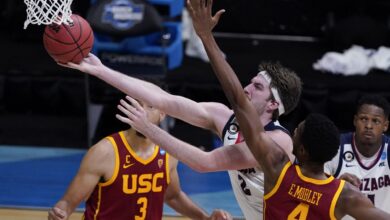 An advanced-stats look at this year’s Final Four teams 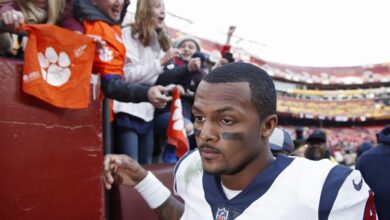 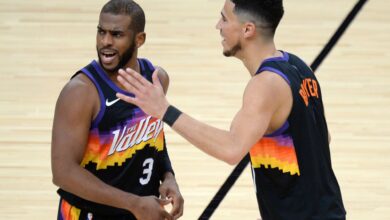 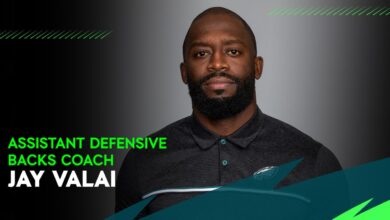