(Pocket-lint) – As a result of a ban on trading with the US, Huawei can’t preload new release phones with Google apps like Maps and YouTube, the Google Play Store or Google Assistant.

Pre-May 2019 Huawei and Honor phones will continue to get security updates and current devices that due to get Android 10 will still get it. Huawei laptops will get all the Windows updates in the traditional manner.

But newly released Huawei phones can’t use Google services and this is set to be a long-term issue. Note this doesn’t apply to any P30 Series handsets including the P30 Pro New Edition (May 2020) which is, essentially, an upgraded P30 Pro rather than a new phone.

We don’t know how the US ban will be affected in the longer term by the end of the Trump administration, but revisiting China trade issues isn’t going to be among President Biden’s top priorities.

The Huawei P40 and P40 Pro, Mate 40 series, Mate 30 series, Mate Xs and Honor 30 series don’t have any Google apps. They rely on Huawei apps and the App Gallery download store, which doesn’t have a huge number of apps at present. And in particular things like many online banking apps and specific services aren’t currently catered for, although Huawei is making a huge effort to improve this.

New Huawei phones do come with Android 10 (with Huawei’s EMUI 10 user interface on top). But you can only install Google apps via a relatively convoluted and dodgy process and neither Huawei or Google officially recommend this.

The story so far

In May 2019 it was announced by the US government that Google and US businesses have to change the way they deal with Huawei. The Chinese giant was blacklisted by the US in the latest skirmish of the ongoing trade war.

Google was particularly vociferous that preventing Huawei using its version of Android could potentially result in national security issues through people using a Huawei-developed replacement OS – now revealed to be HarmonyOS. In reality, it’s probably because non-Android phones would hit Google profits.

On 29 June 2019, President Trump said he had agreed to allow US tech companies like Google and Qualcomm to once again start selling to Huawei following the restart of trade talks between the US and China. The caveat is that it’s only for goods not connected to national security. Trump made the comments at a press conference at the G20 summit in Osaka, Japan. The move seemed to be a reaction to the fact US companies were feeling the effect of the ban.

On 1 August 2019 Trump appeared to contradict his earlier statement (for a change), “we’re not allowing Huawei into our country, we’re not changed on that”. This would have shown a stronger stance had he not immediately clarified it with “we can do business on non-security things with Huawei, we can do that”. On 5 September Trump stated again that “Huawei is a big concern of our military, of our intelligence agencies, and we are not doing business with Huawei”.

Around this time, Huawei and Honor devices were added back onto the Android Enterprise Recommended website. That’s significant as Google is actively recommending them to businesses for long-term use.

Huawei filed a lawsuit against the US telecoms regulator (the FCC) as it has banned US carriers from buying Huawei gear with subsidies paid by the FCC to carries to guarantee access to telco services continue to be available right across the US.

In January 2020 the Trump administration signed a trade agreement with China which saw a thawing of the trade war, but there was no provision for Huawei in the agreement. It’s thought that a second deal is on the table but there isn’t a consensus on whether this will help or hinder Huawei.

The US Department of Commerce has dumped plans to introduce rules to mak it harder for American companies to deal with Huawei – presumably because of the damage to US businesses. As we mentioned, Google is not a fan of the trade ban. It does, however, show that different parts of the US Government can’t agree on a united plan of dealing with the company.

In late 2019, the Department of Commerce said it had received around 300 license requests for continuing to deal with Huawei and has approved arrange a quarter of them.

On 14 May 2020 it was announced the Trump administration had extended the original trade ban for another year until May 2021 stopping US companies from purchasing or using telecommunications equipment made by firms considered a national security risk.

A temporary license the enabled Huawei to continue making software updates for existing phones, expired on 17 August 2020, though security updates look to be exempt. Part of its reason for existence was to enable rural network operators in the US to continue receiving updates for the Huawei hardware built into its cell towers. However, for most consumers, it’s the effects on the smartphone side of things that will be most keenly felt. The expiration means Google can’t provide updates either.

Further sanctions in August 2020 effectively cut off Huawei’s supply of chips, including the tech it needs to make its own KIrin phone chips and other chips it makes. As CNN notes, analysts called the move a “lethal blow”.

Trump’s defeat in November 2020 raised Huawei’s hopesthat the incoming Biden administration could soften its approach. However, several outlets –like the Washington Post– have reported that Biden is “likely to remain tough on Chinese tech”. Indeed it quotes an early 2020 article from Biden that says “The United States does need to get tough with China. If China has its way, it will keep robbing the United States and American companies of their technology and intellectual property,”

Also in November, US company Qualcomm received a license to supply Huawei with some 4G chips – perhaps a taste of things to come – joining also US-based Intel and Microsoft in being able to supply Huawei. It certainly seems as though a US goal of creating an advantage for its companies is beginning to take effect.

Before leaving office, it appeared that the Trump administration-led Commerce Department intended to “deny a significant number of license requests for exports to Huawei and a revocation of at least one previously issued license.”

As we mentioned earlier, it doesn’t seem that China trade will be an issue President Biden will prioritise given there are more pressing situations.  Janet Yellen, Biden’s pick to lead the Treasury Department, has already promised action on China’s “abusive, unfair and illegal practices” according to CNN.

How does Huawei feel about the situation?

At the Mate 30 launch in September 2019, Huawei CEO Richard Yu told Pocket-lint that Huawei could push Google apps to affected devices “overnight” if the ban was lifted but said that he felt the phone will still sell well in many territories, especially China of course (we’ve been led to believe this is the case).

“We are very open and transparent. We are a globalised company. In the US-China trade war we have become a bargaining chip.

“We didn’t want to do this…we were forced to do this. We have a good partnership with Google but the US Government forced us to do this. I hope you guys [journalists] can understand this.”

On 18 May 2020, Huawei issued a strongly-worded statement hitting out at the latest proposed measures to stop it using US technologies at all, including in the manufacture of chips inside its other products.

“In its relentless pursuit to tighten its stranglehold on our company, the US government has decided to proceed and completely ignore the concerns of many companies and industry associations,” said the statement.

“This new rule will impact the expansion, maintenance, and continuous operations of networks worth hundreds of billions of dollars that we have rolled out in more than 170 countries.”

“The US is leveraging its own technological strengths to crush companies outside its own borders. This will only serve to undermine the trust international companies place in US technology and supply chains. Ultimately, this will harm US interests.”

How does this relate to the Huawei 5G issue in the UK?

Australia and Japan have blocked Huawei from involvement in 5G networks, but the UK Government saw no reason to do the same in January 2020, limiting its involvement in an individual mobile network to less than 35 per cent of the non-core network.

However, the sands shifted – on 15 May 2020 the US Commerce Department outlined further restrictive measures on Huawei to restrict it from making chips using US technologies using American-based IP or even equipment. The new rules mean that Huawei would need a license to use any US tech. Huawei had tried to ‘indigenize’ some of its design processes within the US to circumvent the original ban which clearly the US didn’t like.

This ruling has had a huge effect because it forced the UK Government into reversing its earlier decision on Huawei 5G network gear. The UK has now said telcos can’t use Huawei 5G network gear after 2027 and need to stop buying new equipment by the end of 2020. There’s a deadline on installing this of September 2021.

The US telecoms regulator – the FCC – also recently designated Huawei and ZTE as ‘national security threats’ but, as with the trade ban, has not released any evidence to this effect publicly.

The UK may have been backed into a corner. The UK needs a US trade deal in the post-Brexit world and further restrictions on Huawei seems like it would be a pre-requisite.

What does the trade ban mean for existing Huawei devices?

Existing pre-May 2019 Huawei devices like the P30 Series (including the P30 Pro New Edition), P20 Series and Mate 20 Series are unaffected in their current form. No apps will disappear and they can continue to use Google apps and get security updates. Because Honor is a subsidiary of Huawei, the same implications would apply to its handsets, too.

Google is clear on this point: “For users of our services, Google Play and the security protections from Google Play Protect will continue to function on existing Huawei devices”.

For its part, Huawei says it “will continue to provide security updates and after-sales services to all existing Huawei and Honor smartphone and tablet products covering those which have been sold or are still in stock globally.”

What wasn’t clear for a time was whether Huawei and Honor handsets would get feature updates. But we now know the following devices are getting the upgrade to Android 10 during 2020. So the owners of these phones need not worry at all about this situation.

30 May update: Added extra links and context about the ongoing situation.

9 August update: Major rework after the announcement of HarmonyOS

Indian Cooking Tips: 6 Kheer Recipes From Across India To Satiate Your Sweet Cravings

In a Slight to E.U., U.K. Says Not All Ambassadors Are Equal 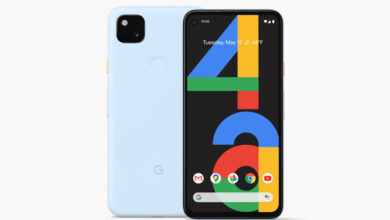 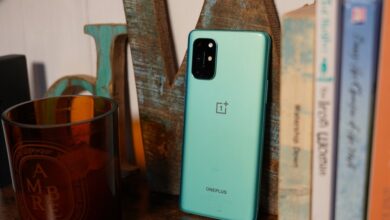 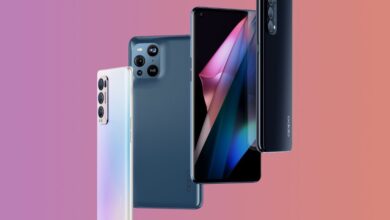 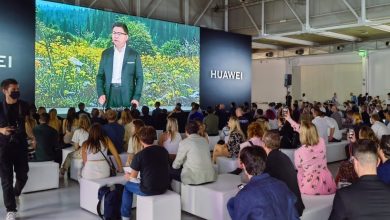