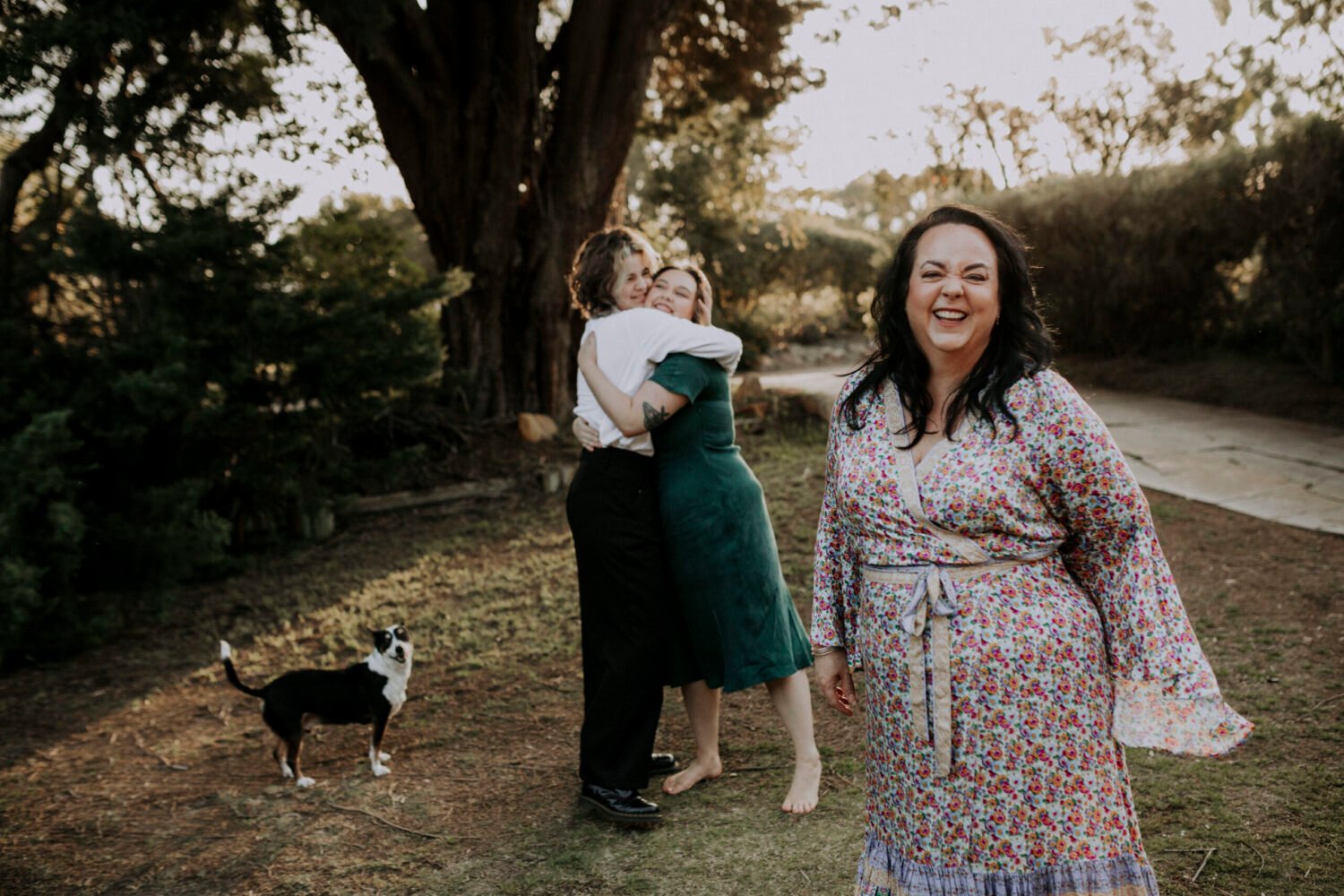 Our sixth — and final — Parenthood Around the World interview this year features Jody Driver, who lives with her kids – Maharny (23) and Shelby (15) — in Perth, Australia. “We’re very, very far from anywhere else — in fact, Perth is often called ‘the most isolated city in the world,’” she says. Here, Jody tells us about swimming babies, funny slang, and how to avoid deadly snakes… 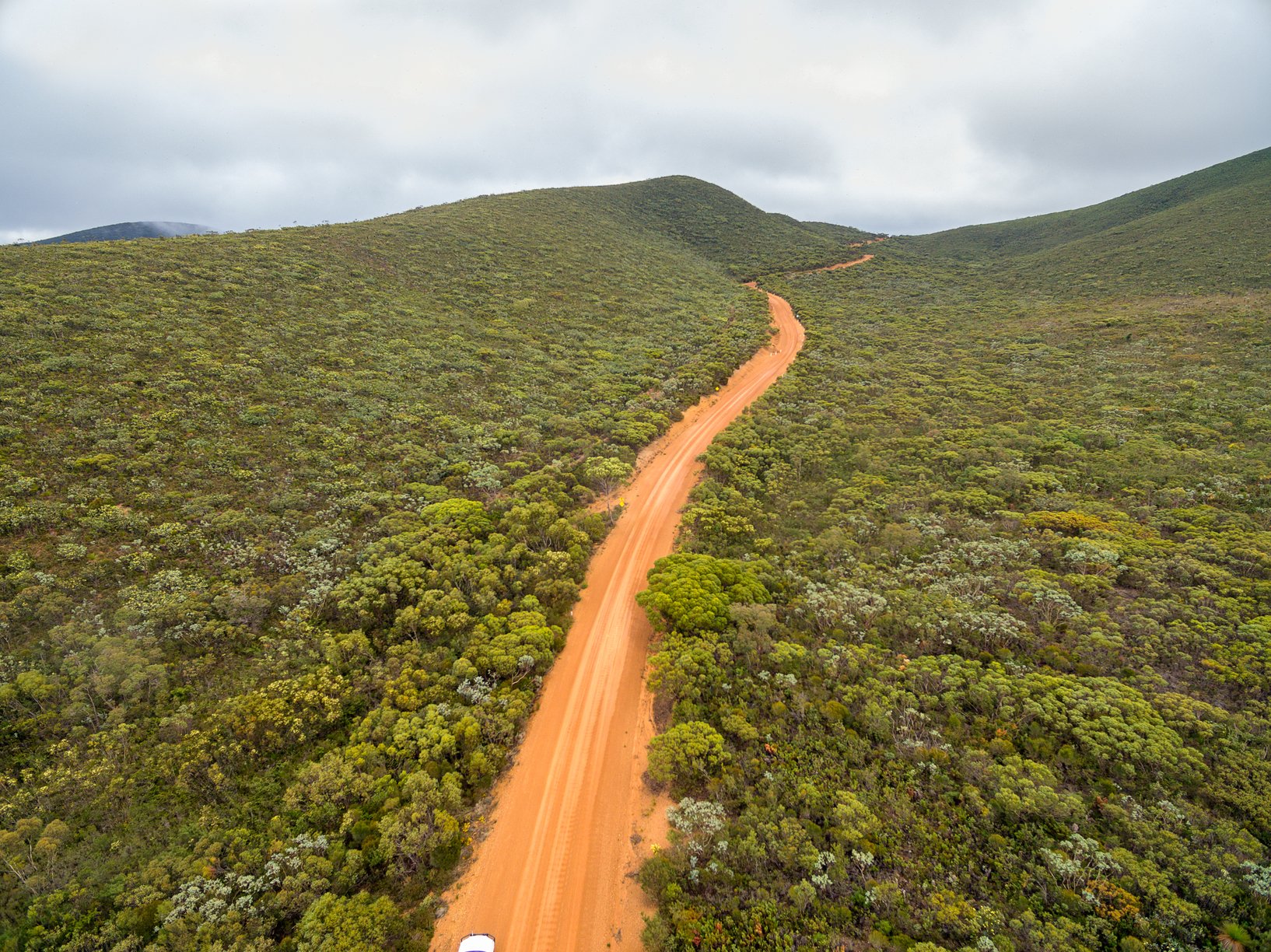 On being remote: Perth is very, very far from anywhere else — and the isolation can be frustrating. The Indian Ocean is on one side, and the huge Australian outback is on the other. Once you leave the city, you drive through the bush for days to get to the next town. We once drove for three days without even passing another car! Since we’re so isolated, we have an extremely large population of FIFO (fly in, fly out) people who fly away to work for weeks at a time. Everyone in the city has a FIFO worker in the family or knows one. My sister is one; and my daughter’s boyfriend is one, so she lives one week on with me and one week on with him. 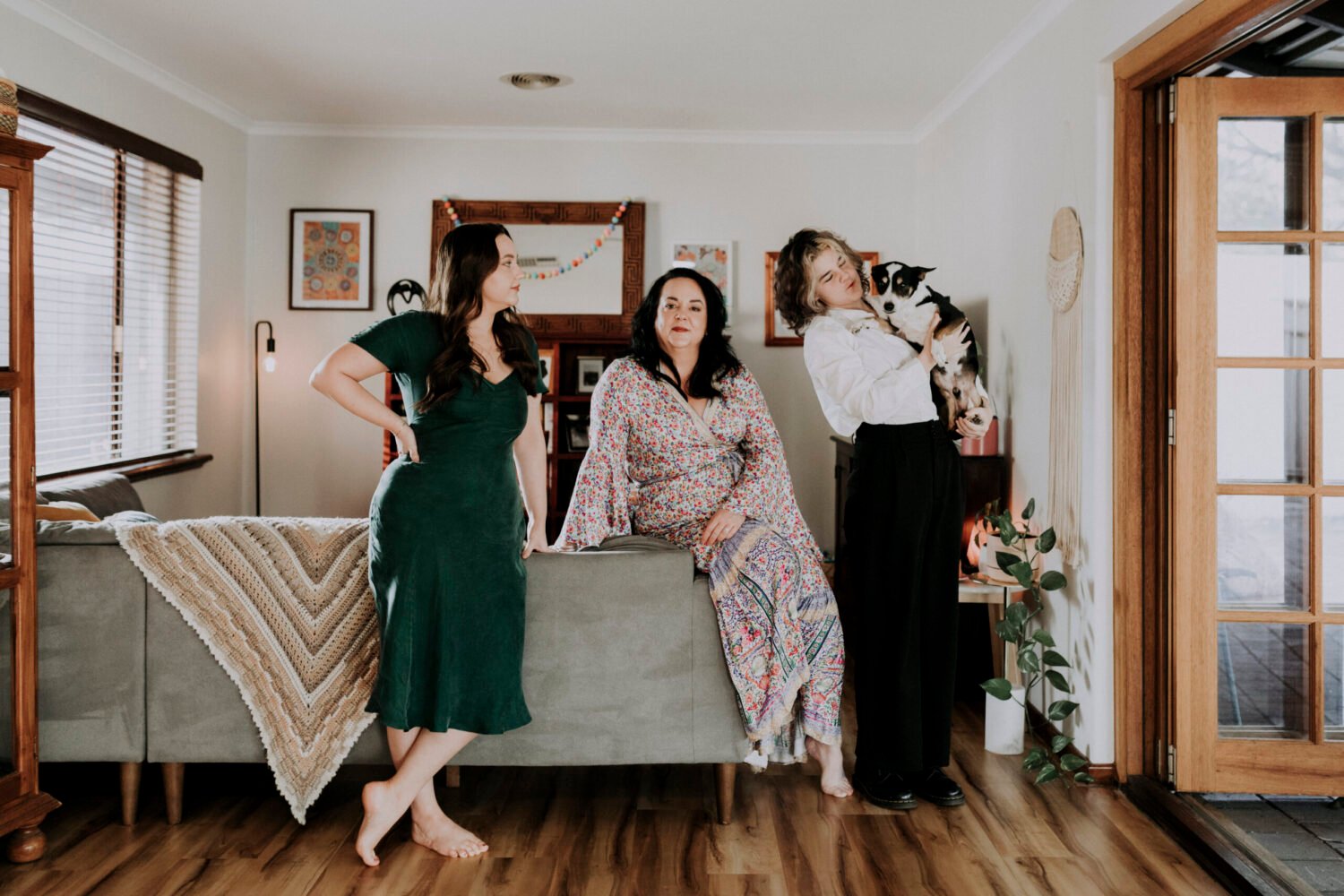 On funny slang: In Australia, we try to not take things too seriously, and that comes across in the way we speak. We abbreviate everything: ‘arvo’ is afternoon, ‘breky’ is breakfast, ‘mozzies’ are mosquitos, a ‘brolly’ is an umbrella, ‘avo’ is avocado. We call cursive ‘running writing’ and little kids are ‘ankle biters.’ Flip flops are ‘thongs,’ and the liquor store is a ‘bottle-o.’ Everyone’s ‘mate.’ We also saw ‘as’ on the end of lots of words — for example, ‘happy as’ or ‘annoying as’ — which means ‘very.’ 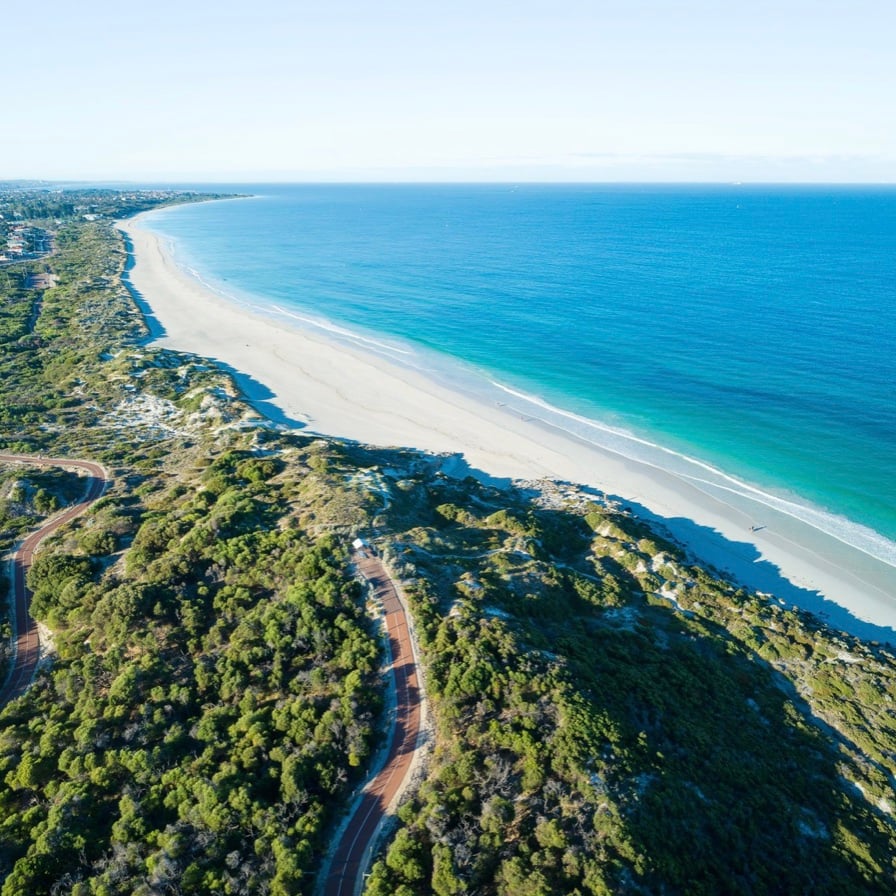 On growing up on the water: I’ve never met a Perth kid who isn’t very confident at ocean diving, snorkeling and surfing. My children took swim classes and learned to float when they were nine months old. Since we’re on the coast, it’s imperative that they’re all good swimmers. Kids, including mine, often take buses straight from school to the beach. Our family also regularly eats take-out dinners on the water; we bring the dog and chill out. Everyone has a picnic blanket permanently in the boot of their car, it’s lovely. 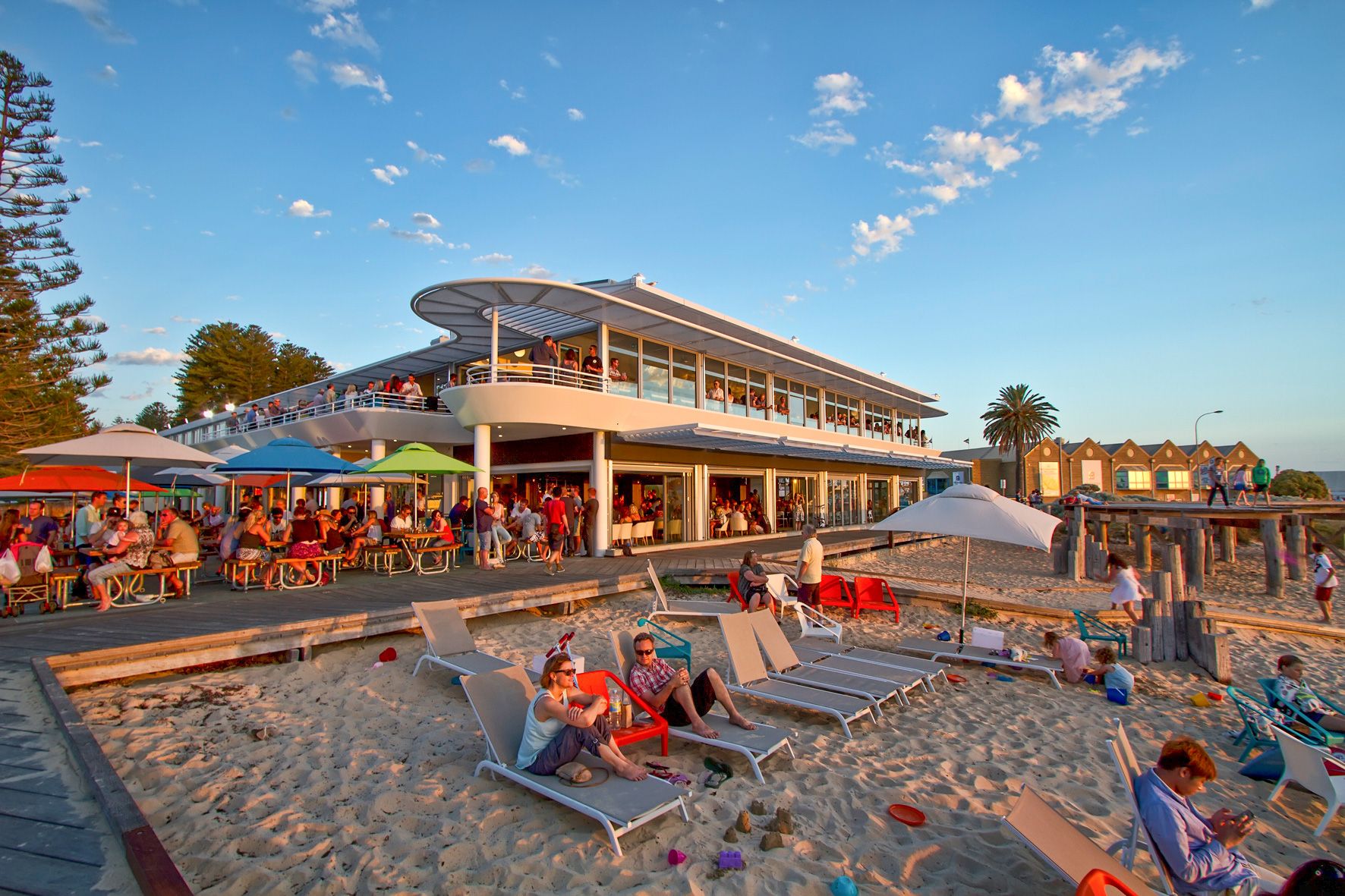 On minimal clothing: Clothing here is super casual — people wear their bathers to the supermarket. And it’s no worries to walk from the beach to the pub in your bathers and have a drink or dine. Maybe you’ll throw a skirt on the bottom if you’re feeling fancy. Because everyone grows up outdoors in barely any clothes, there are just NO eyes batted whatsoever about body shapes. If you’ve got a body and you put a bathing suit on, then more power to you! 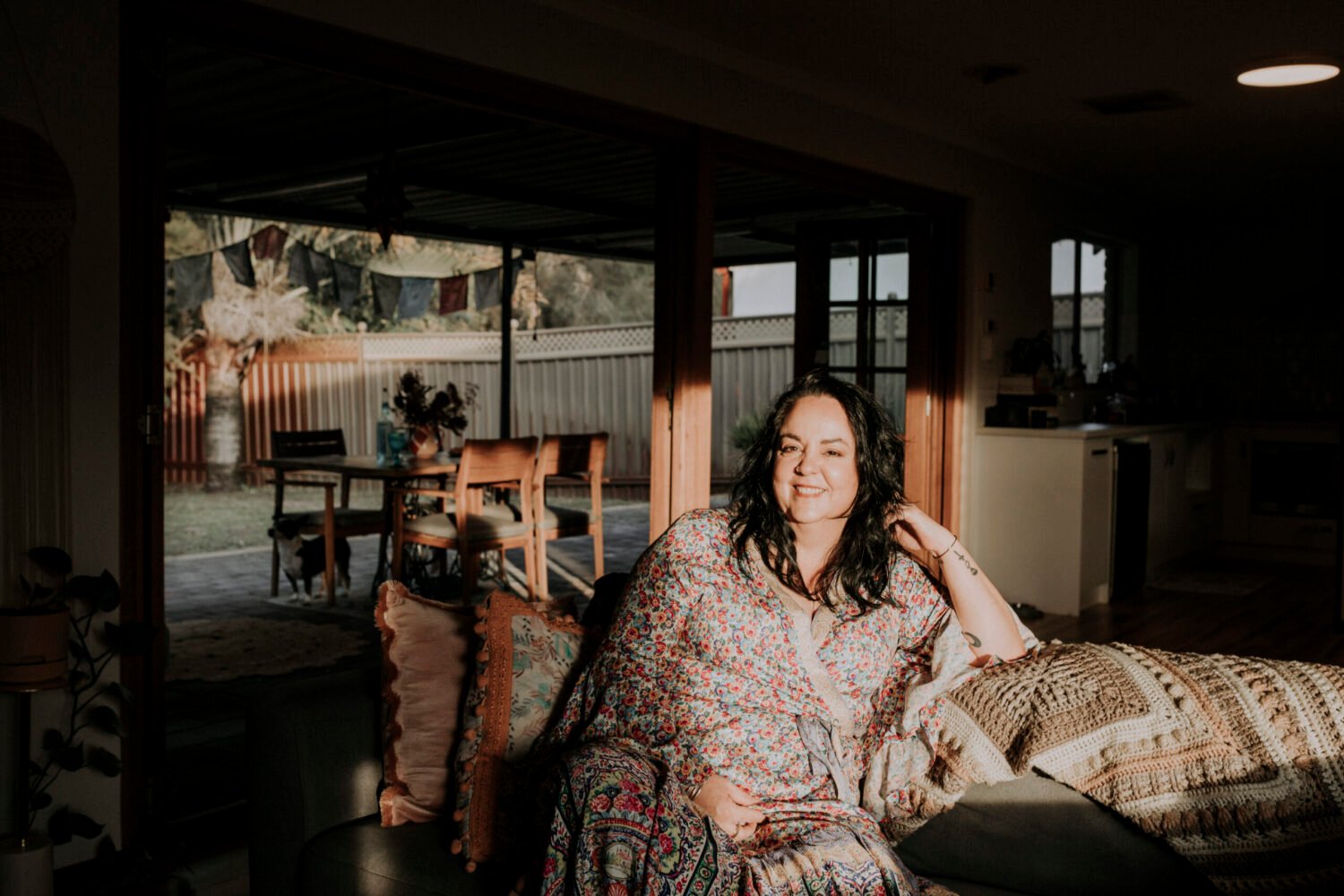 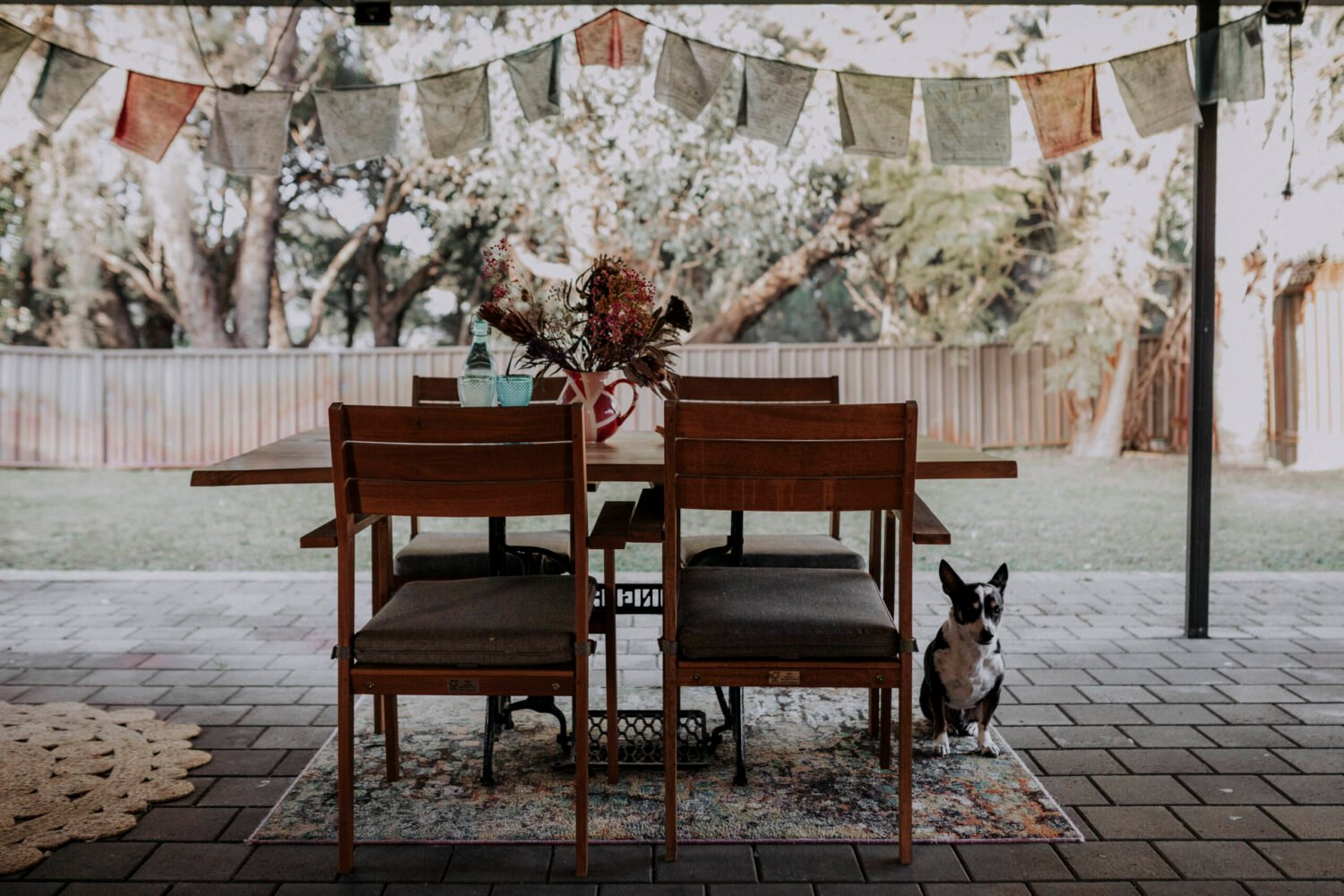 On an indoor/outdoor house: Since our lives are spent outside, our outdoor living areas are probably more important to us than our interiors. For example, the back wall of my house folds to open right up to the bush view. This is very common. We live in a laid-back neighborhood with many river trails to walk, cycle and kayak, and our house backs onto a stream and nature reserve. My kids have spent many nights sleeping outside in their tents and swags, just because. 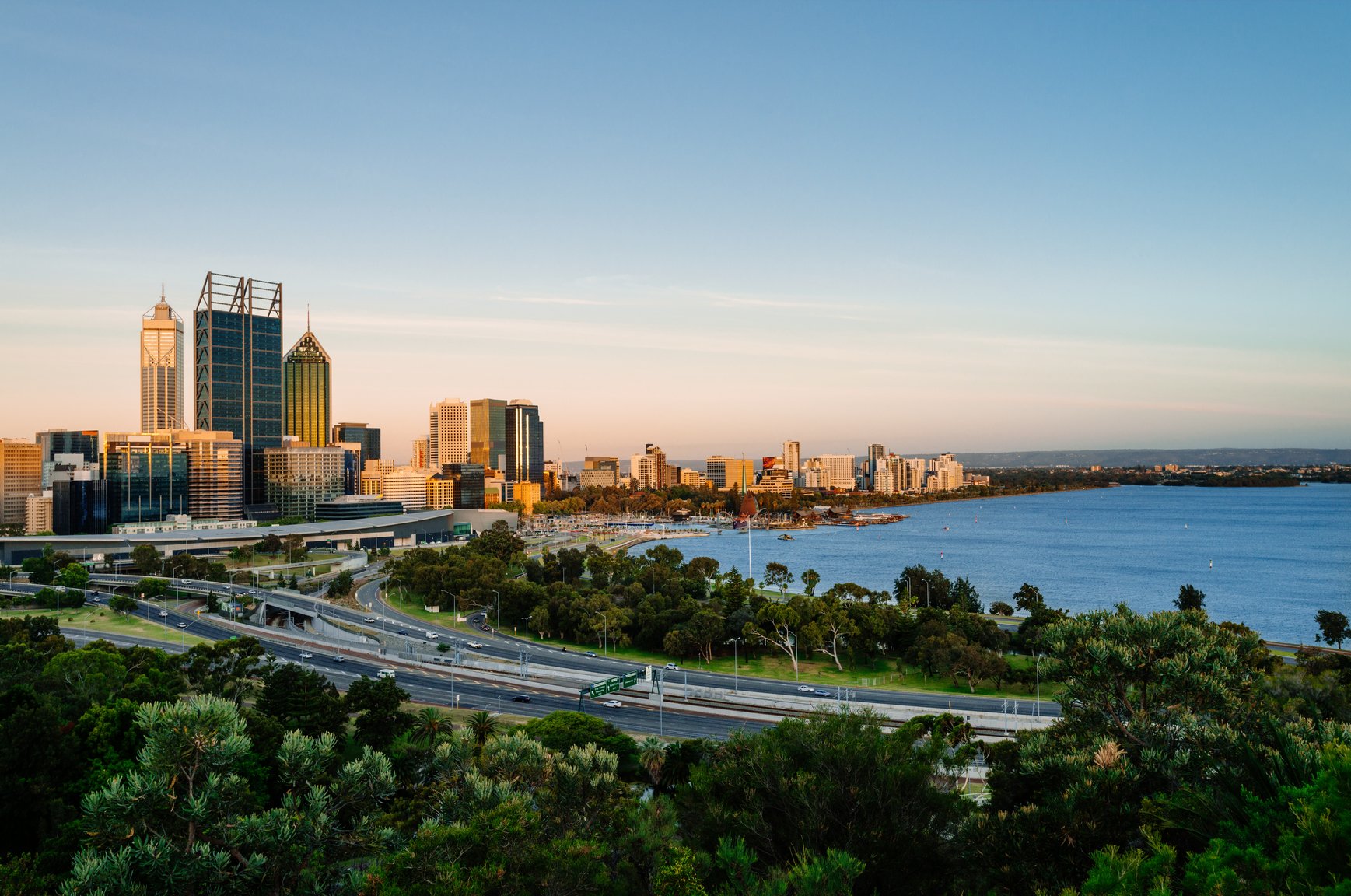 On (mostly) sunny weather: Perth has more days of sunshine than any other capital city in Australia — about nine months per year. It usually only rains in the winter, which is June, July and August. We CANNOT deal with rain to a humorous degree. We will immediately cancel plans and stay home; traffic becomes a nightmare as we don’t know how to drive in it! Last winter, we had 18 straight days of rain, which had never happened before. The news covered it non-stop and did a rainy day count each night. People were literally threatening to move away. 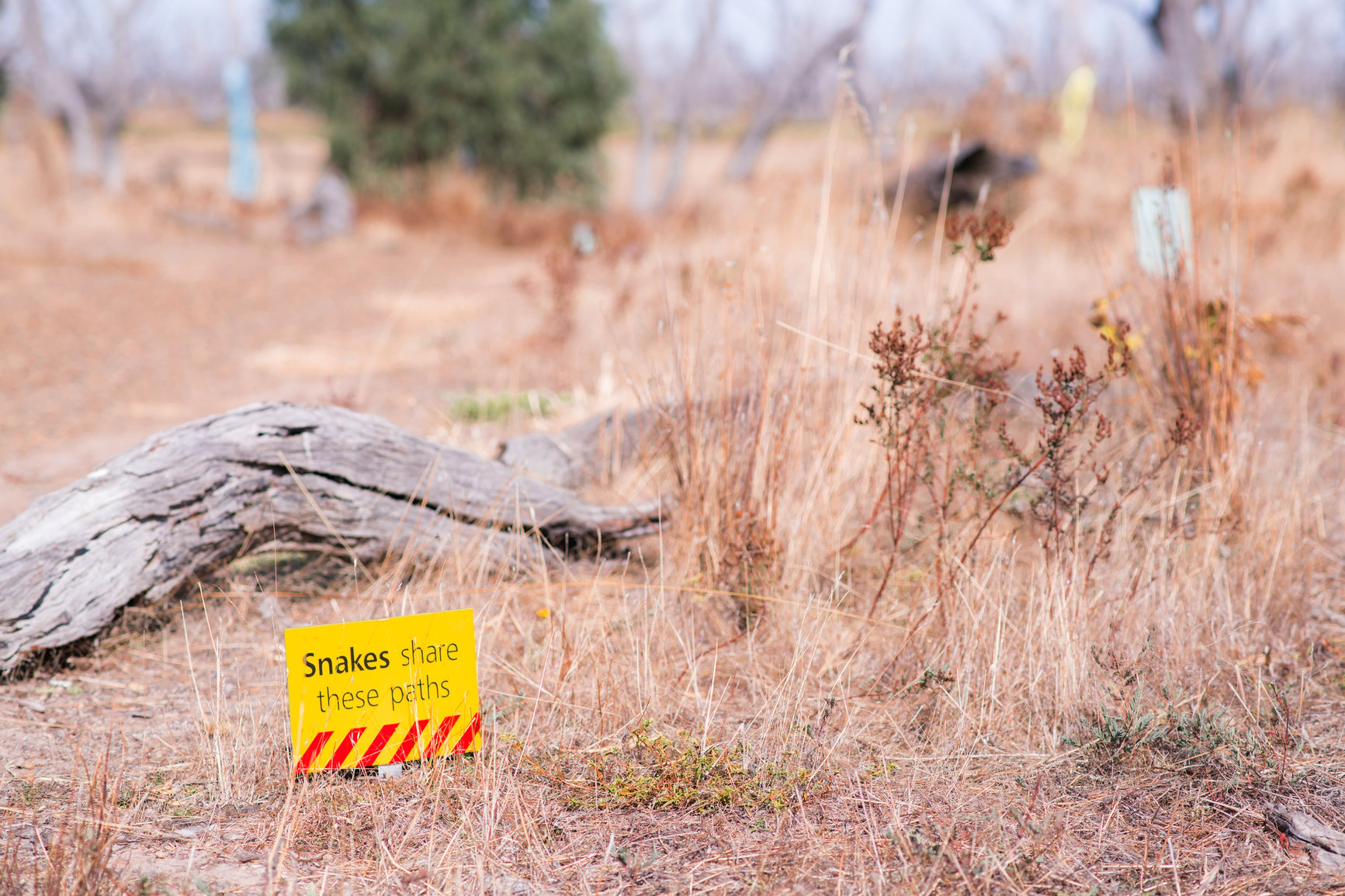 On dangerous animals: Australia is home to 20 of the 25 most deadliest snakes and many of the deadliest spiders — including the Red Back and Funnel Web, which can kill a human in 15 minutes. All ambulances and hospitals carry anti-venoms. Still, it’s no big deal to Australians. We grew up knowing what to do: when walking in the bush, we stomp our feet to scare the snakes away, and we bang our shoes on the ground before putting them on. And even little kids know how to put a container over a spider, slip some paper underneath and take it outside. No big deal!!! That said, there was an episode of Peppa Pig where Daddy Pig said ‘spiders can’t hurt you,’ and it was deemed inappropriate for Aussie kids and pulled off air in Australia — I was glad to hear that. 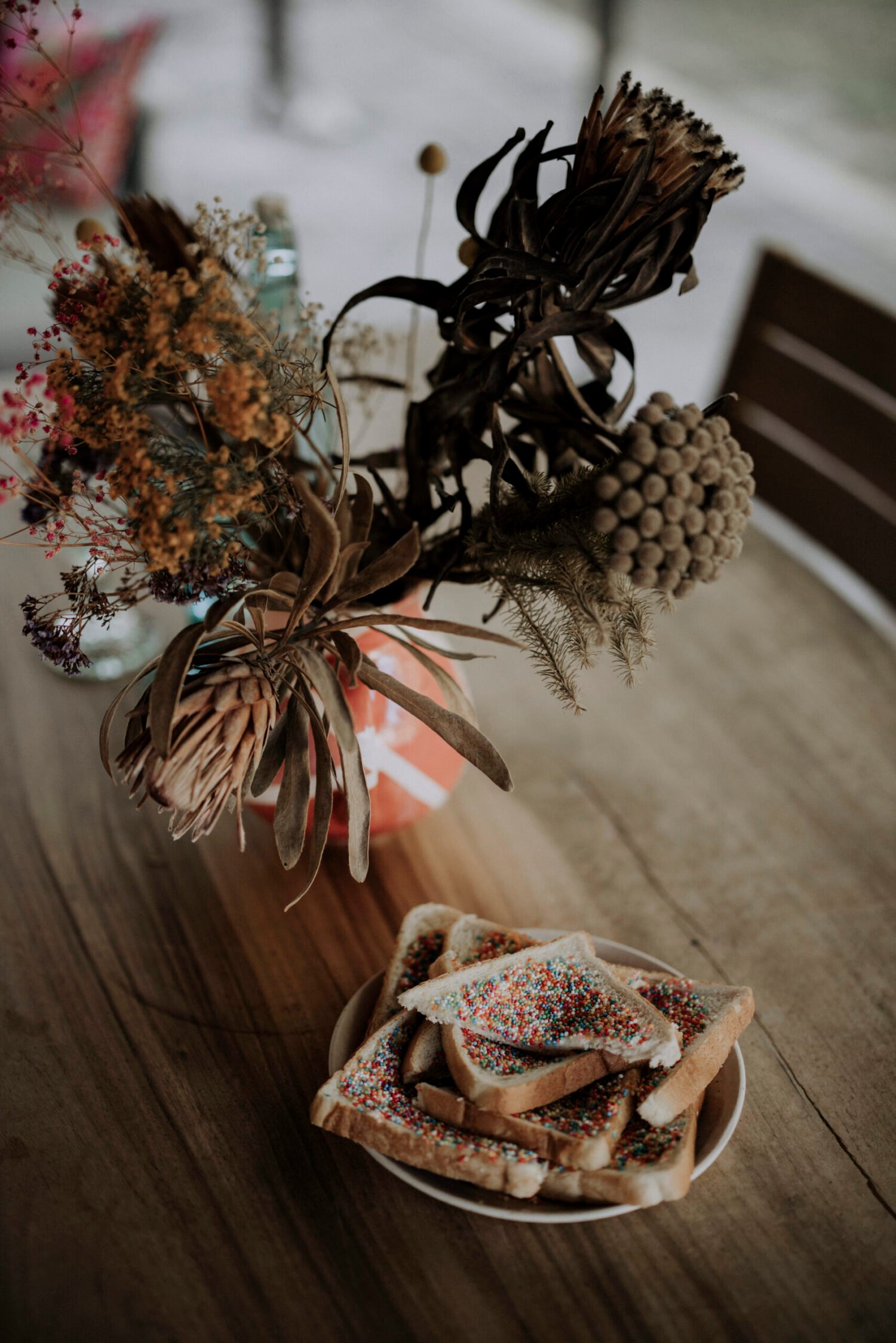 On toast with toppings: At every single party, we serve ‘fairy bread,’ which is white bread with butter and sprinkles. It’s not just for kids — adults eat it, too. My family also loves Vegemite [a thick brown paste made from brewer’s yeast]. Non-Australians often think it’s gross but that’s just because they’re using it incorrectly. We spread it on toast in tiny thin ‘scrapes,’ not thick amounts like honey or jam; and we also add large amount of butter. 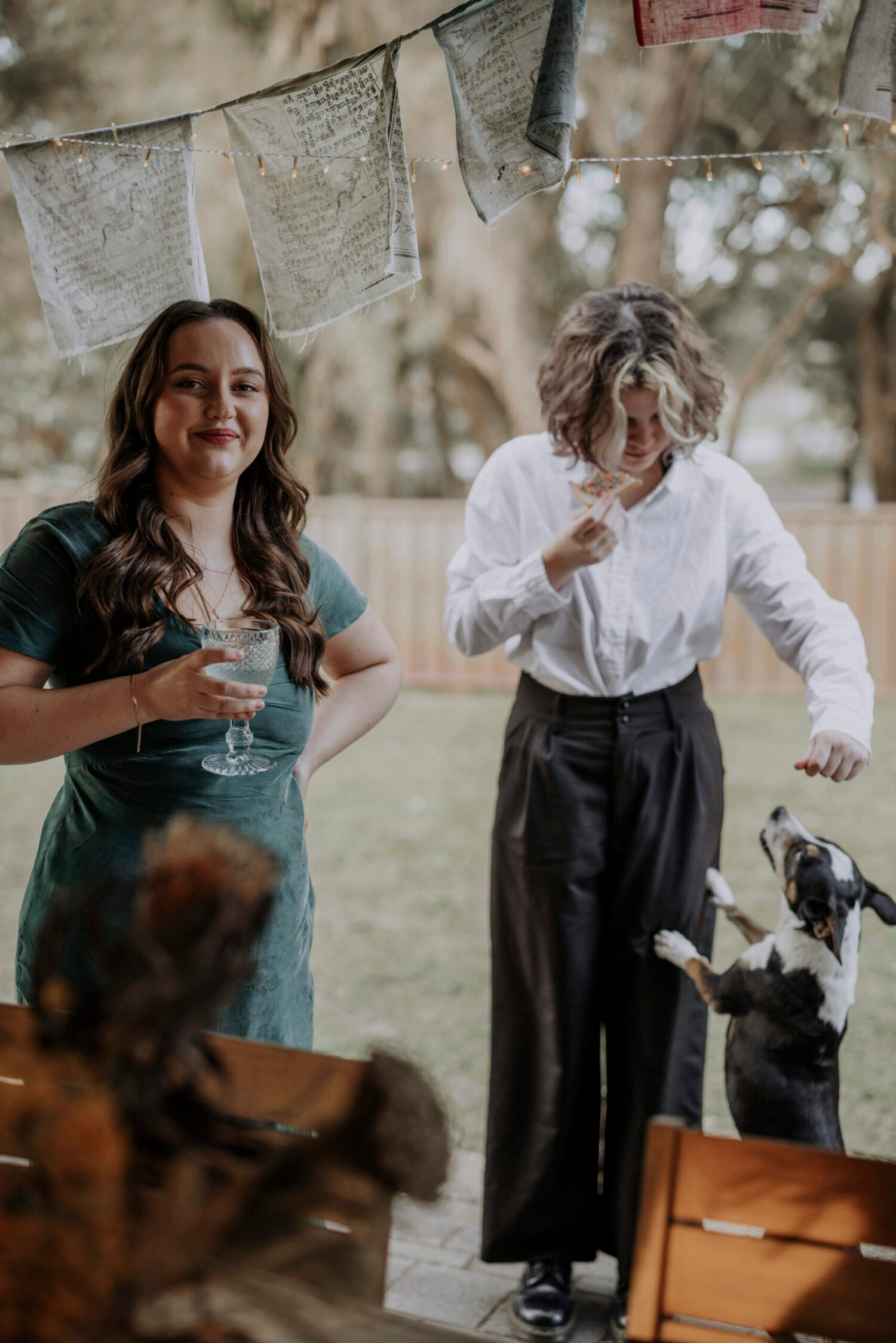 On social drinking: Drinking is very, very common. On weekends, everyone meets for drinks at their local pub or has a couple beers in the backyard. Babies will just sleep in their prams or mats under the table. When I was a kid, drinking as a teenager was a pretty big thing, but nowadays it seems less so, to be honest. Australian kids have very active lifestyles and usually play three or four sports, like junior lifesaving, basketball, hockey, riding horses, etc., which redirects them from overdoing it. Little story: When I was three, my dad took me to the pub to have a couple of beers and give mum a break, but before he left, he went to the bathroom and forgot he’d brought me and drove home without me! When he got home, my mum asked, ‘Where’s Jody?’ He drove straight back to find me sitting on the bar with a bag of chips and a Fire Engine (lemonade with red cordial that all kids drink at the pub), happy as can be because everyone knew who I was and who I belonged to. 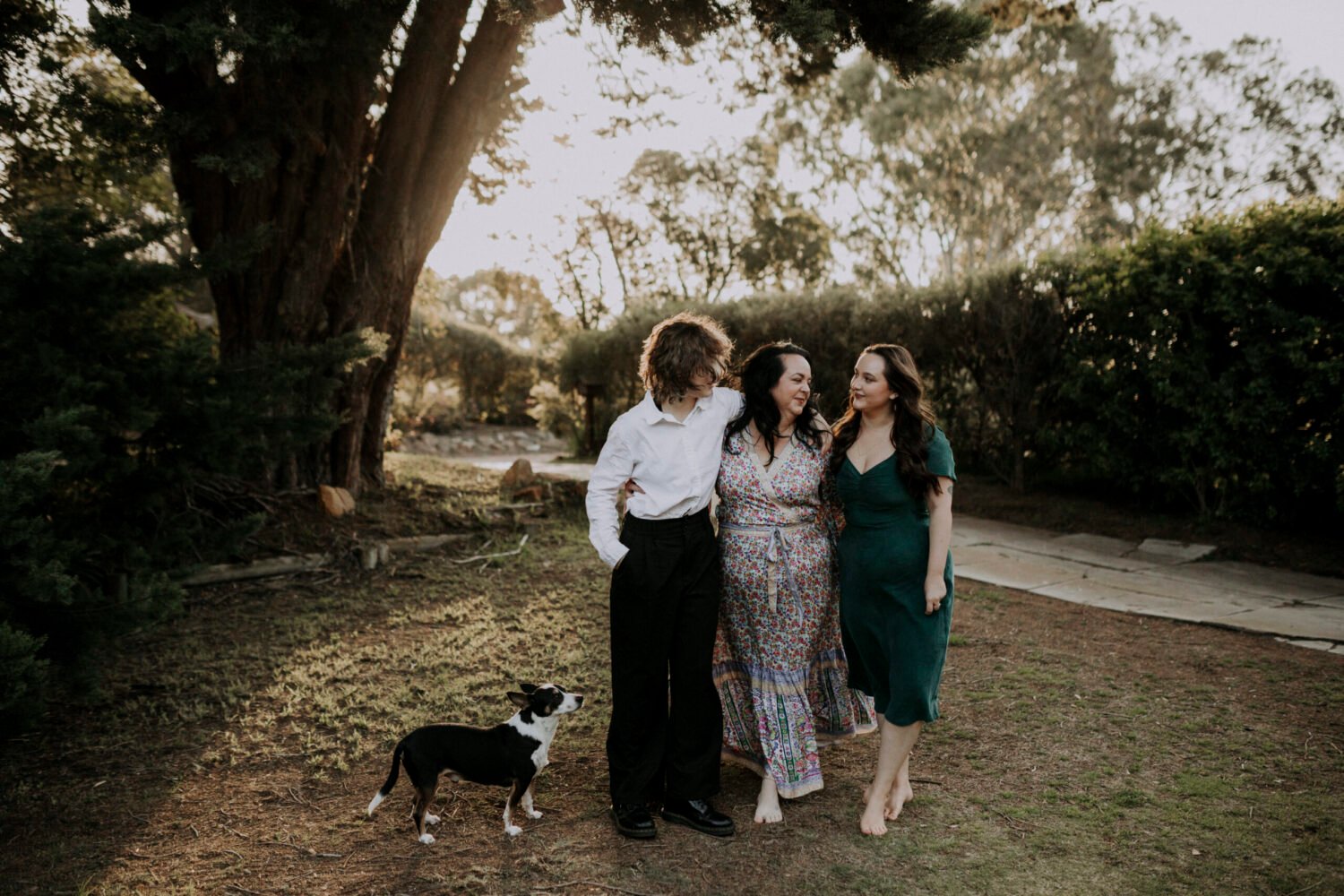 On shifting expectations: My kids and I agree that we still have a good ways to go in the way our society treats boys and girls. We have a pay gap, and Australia has a very ‘blokey’ culture. An ‘Aussie male’ is expected to be tough and resilient, whilst girls are often expected to follow traditionally ‘female’ paths. Also, women and men usually socialize separately, even at a group gathering. Women do the bulk of the childcare and housework, and this is a continual frustration for women. Many, many women I know have left their husbands in their 40s with this being a HUGE factor, as it was for me. These days, we work full time, often earn as much if not more than our husbands, and are still expected to do everything else. There is very little stigma in being separated, and I’ve faced none. Culturally, Australian women are very independent and capable. 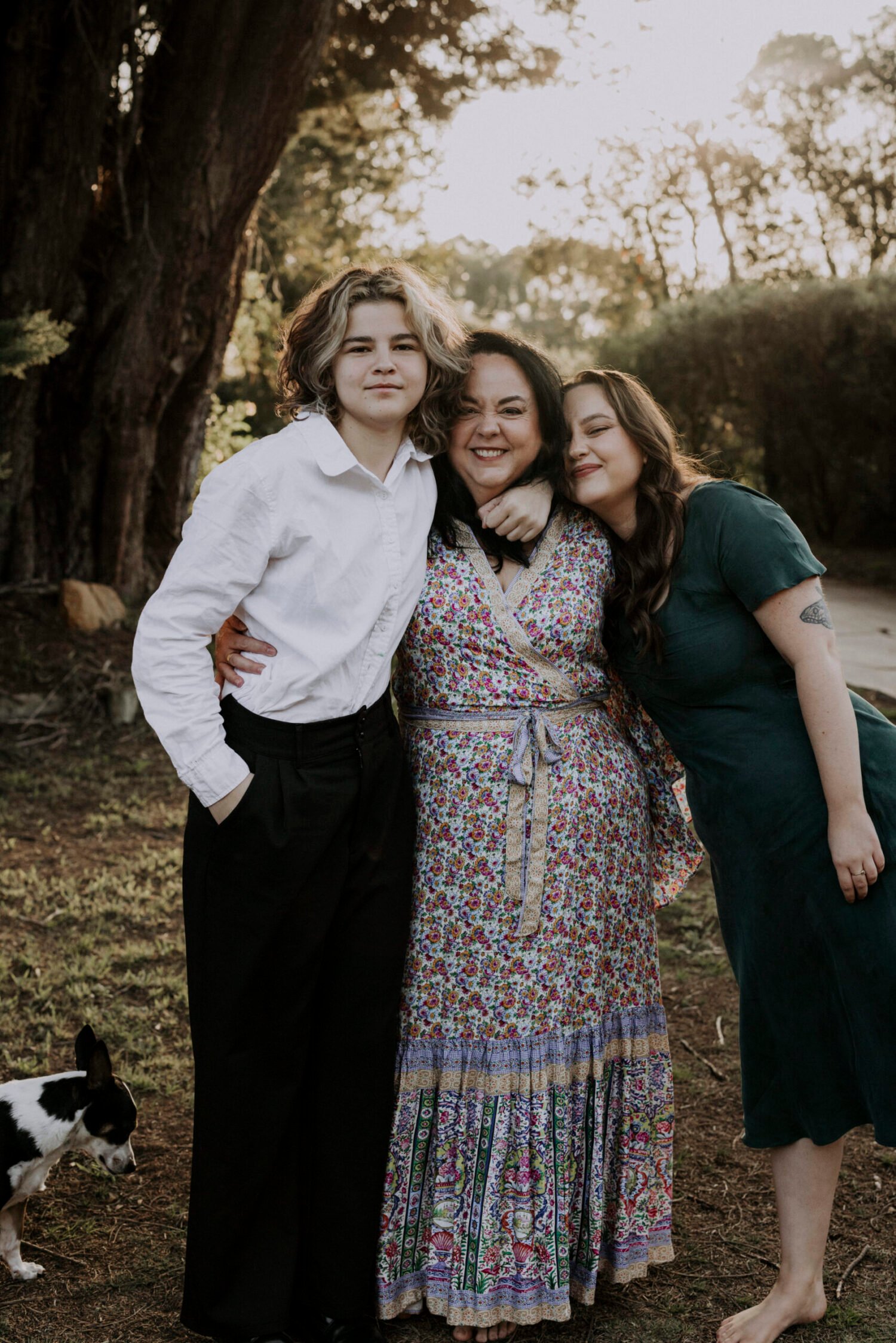 On local colleges: Our kids don’t really move away for university and instead go to one of the universities in their closest city. Honestly, nobody cares what university you go to, and I’ve never been asked where I went ever! Australian kids rarely live in dorms, since the cost of living is so high that they can’t afford the rent. Instead, my daughter and all of her friends live at home while at university — and often afterward, too. My eldest finished her psychology degree last year and is now doing her Masters in Social Work and will absolutely live at home until she is finished. I love it and do worry about my kids leaving home one day. I know it’s inevitable, but I’ll miss them dreadfully. 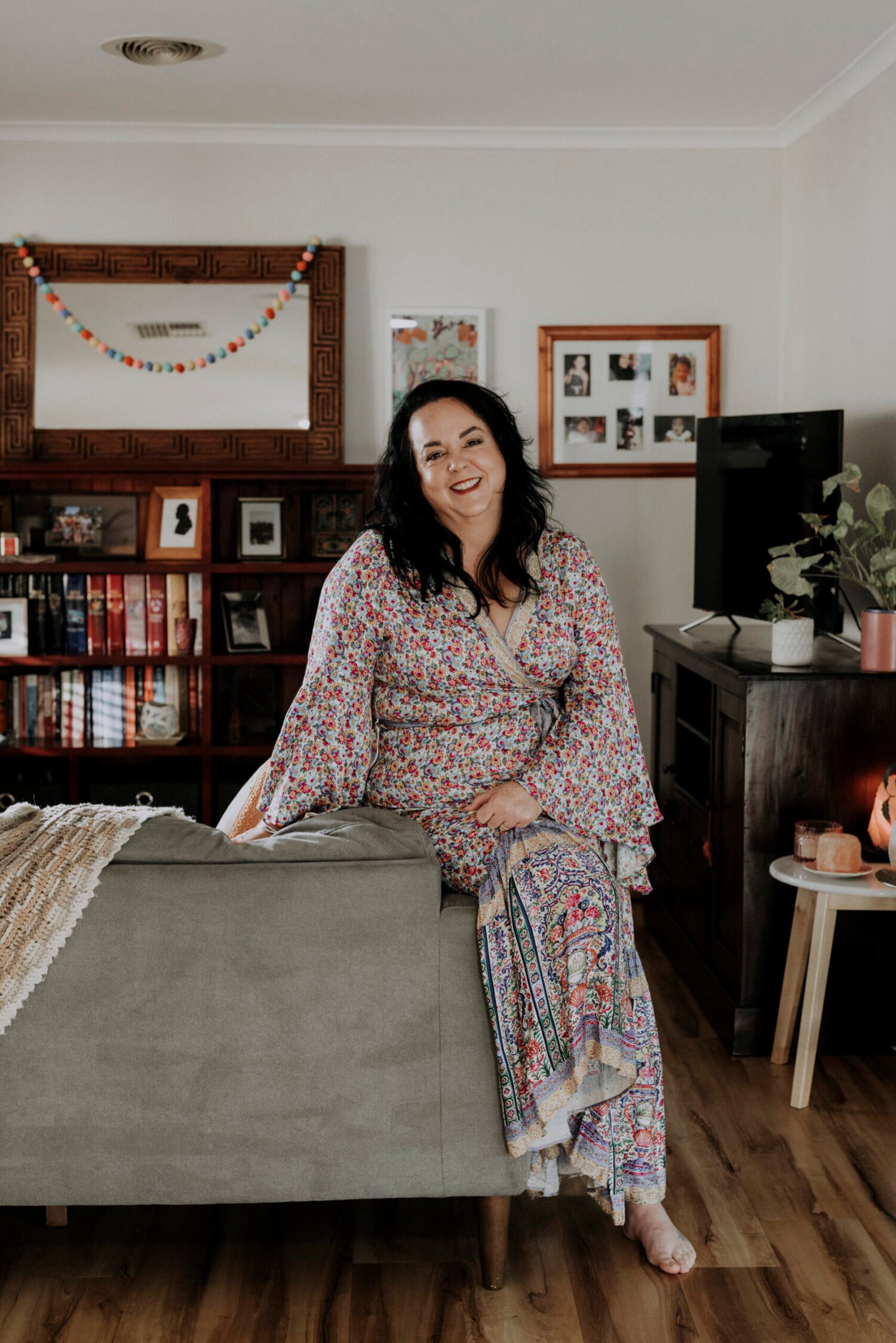 P.S. More Parenthood Around the World posts, including Wales, Italy and South Korea. 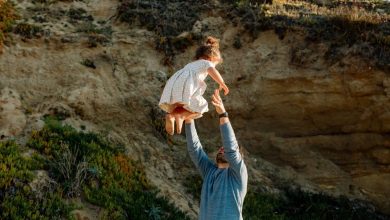 A Love Letter to the Stand-in Fathers 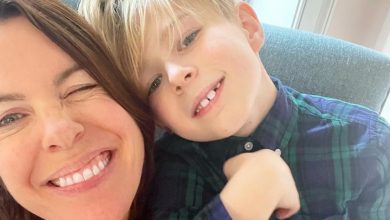 Why I Regularly Talk About Periods With My Sons 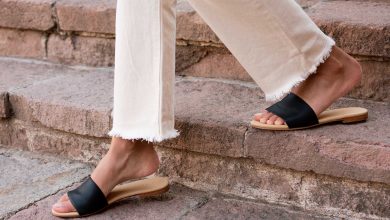 What Shoes Are You Wearing This Summer? 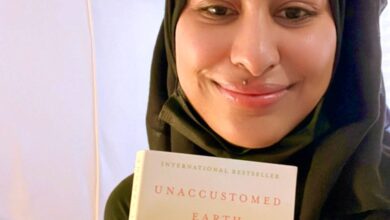