The model in the photos appears to be the entry-level XE trim of the upcoming Tata Safari. Here, we also get a closer look at the cabin of the base trim of the SUV which is slated to be launched next month. 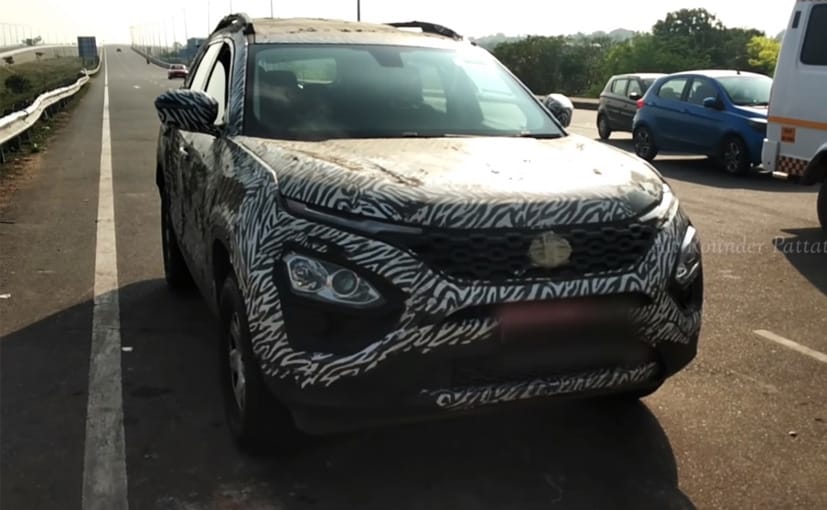 New spy photos of the soon-to-be-launched Tata Safari SUV have surfaced online and, this time around, the model in the photos, appears to be the base trim XE. While the exterior is still heavily camouflaged, the new images also give us a good glimpse of the cabin, which, compared to the recently revealed top-spec Safari, comes with minimal styling and fewer features. For instance, the large, stick-out display has been replaced by a small LCD unit for the 2DIN audio system, and the instrument cluster, on the other hand, is now an analogue unit with a MID at the centre. The large, stick-out display at the centre has been replaced by a small LCD unit for the 2DIN audio system

The dual-tone steering is the same as seen in the top-end variant, but it does not get any mounted controls, but it does get tilt and telescopic adjustment. The cabin gets an all-black treatment instead of the dual-tone oyster-white and black interior, while the seats are upholstered in black fabric. At the second row, the SUV gets 60:40 split bench seat with adjustable headrests for corner passengers. Also, according to the information revealed by Tata, the new Safari will get safety features like – dual airbags, ESP, hill hold control, rollover mitigation, all-disc brakes, and the boss mode. The 2021 Tata Safari Base Trim gets an all-black cabin with 60:40 split bench seat in the second row

The exterior design appears to remain largely unchanged however the chrome grille is replaced by an all-black unit, flanked by the indicators. The headlamp cluster is the same but XE trim does not get foglamps and the instead of Xenon HID units, this one gets regular projector headlamps. Also, instead of the dual-tone bumpers, the base variant of the Safari comes with all-black cladding and steel wheels with no hub caps. However, the SUV does get the large roof rails, LED taillamps, spoiler with high-mounted stop lamp. 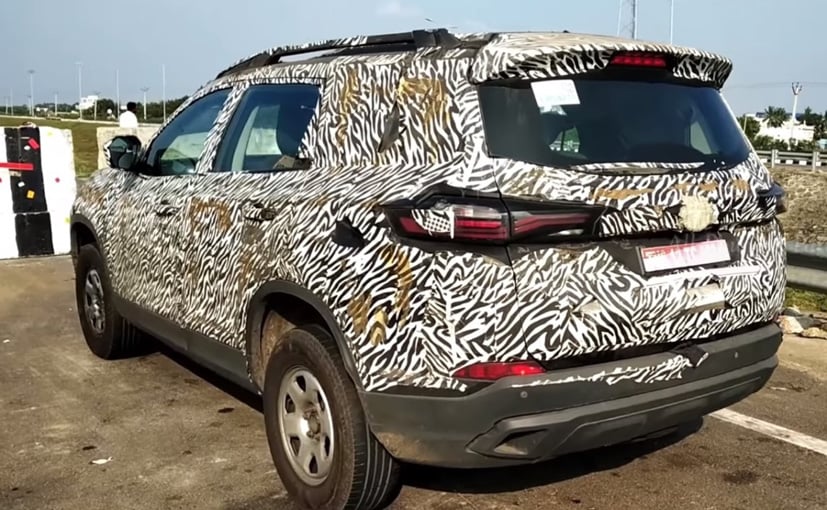 Under the hood, the all-new Tata Safari get the same Fiat-sourced Kryotec 2.0-litre turbocharged diesel engine, which is tuned to put out 168 bhp and 350 Nm of power figures. The motor comes mated to a six-speed manual gearbox along with an optional Hyundai sourced six-speed automatic torque converter automatic gearbox. The new Safari is slated to be launched in February 2020 and bookings for the SUV will begin on February 4, 2021.

IRFC Shares Make Weak Debut On Exchanges, List At A Discount Of 4%