“I wouldn’t pay much attention to it,” Favre said in an appearance on SiriusXM NFL Radio. “I think frustration, disappointment, hurt, pain, all were in that soundbite. Look, there’s no way the Packers would do anything to jeopardize losing Aaron [Rodgers], unless Aaron just chooses to retire, which I would be shocked. The guy’s playing better now than he’s ever played, and without him, you certainly wouldn’t have been even close to where you were [Sunday]. And I think the same will go for next year, and really the next few years, if he chooses to play. I wouldn’t pay much attention to what he said. I’ve been there. It’s so — I mean, it hurts. It’s painful. The last thing you want to do is think about next year, because you just had a major disappointment, and that’s what you’re hearing in that soundbite.”

Yes, Favre has been there. But Favre is far more emotional and reactive than Rodgers. Rodgers is far more reasoned and strategic than Favre. Rodgers surely knew that the Packers potentially would lose on Sunday, and he undoubtedly sounded out the things he would say in the event that the 2020 season ended for Green Bay in the NFC Championship. There were no mistakes or accidents or meaningless tantrum in his words.

“I think for the Packers, more so with them, you would be foolish to make any move other than bringing him back and going as long as he wants to go,” Favre added.

But here’s the problem: The Packers already showed their hand in April, when they devoted a first-round pick and a fourth-round pick for the privilege to acquire quarterback Jordan Love. Unless it was all some sort of warped plan to apply a red-hot poker to Rodgers’ rear end, the Packers see Love as the future. Just like they saw Rodgers as the future when the Packers pressed Favre for a commitment to play in 2008 during a time on the calendar when they knew he’d be more inclined to retire.

“There’s no way the Packers would do anything to jeopardize losing Aaron,” Favre said.

The reality is that the Packers already have. 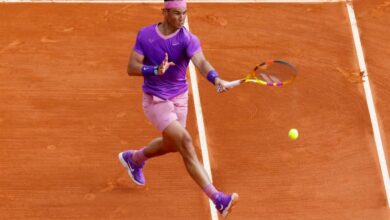 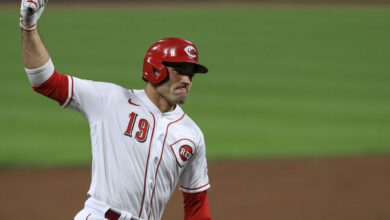 Reds’ Joey Votto wants to get back ‘to being dangerous’