Coinbase plans to go public by way of a direct listing, the company announced in a blog post today.

The cryptocurrency exchange was founded in 2012 and allows users to buy and trade decentralized tokens like bitcoin and ethereum. The company has raised over $540 million in funding as a private company.

Last month, the company shared that it had confidentially filed an S-1 with the SEC.

The public has yet to see the company’s financials, but we now know that it has opted out of the traditional IPO process. Direct listings have been slowly gaining popularity. And given some outsized first day pops from recent tech IPOs, it’s not too surprising to see a company like Coinbase opt for the path to public markets.

The company is not alone in the decision. Roblox delayed its own offering after observing the late-2020 IPO market, opting instead for a direct listing of its own.

Direct listings allow companies to skip elements of the traditional IPO by removing the need to price and sell a block of new equity. Instead, a company merely lists its shares, which then become available for trading. Of course, not every company has sufficient profile for the method to prove attractive, and the direct listing entity loses its ability to raise new primary capital; the best-known and richest companies may find direct listings the most attractive.

Recent months have very friendly to tech IPOs, with investors racing to back technology companies that are primed to help with what’s been called the “digital transformation.” And with the cryptocurrency markets matching the public markets for froth, Coinbase could find itself in a pretty favorable spot when it begins to trade.

There is a general correlation between consumer interest in cryptocurrencies, trading volume, and the price of bitcoin. As Coinbase generates incomes from users trading, it’s not a stretch to presume that a recent rally in the price of bitcoin and its peers has helped Coinbase’s own financial performance.

Schizophrenia is 2nd highest risk factor for dying of COVID-19, after age 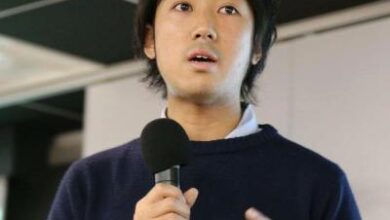