Schizophrenia may be one of the highest risk factors for dying from COVID-19, second only to age, according to a new study.

Previous studies had found that people with mental illnesses, particularly depression and schizophrenia — a condition that causes distortions in thinking and perception — had a higher risk of becoming infected with SARS-CoV-2, the virus that causes COVID-19. But it was not known whether mental disorders were also associated with a risk of dying from COVID-19.

In the new study, researchers looked at health records from 260 outpatient clinics and four hospitals across New York City, based on data published by the New York University electronic health record; Of 26,540 patients tested (around 4,500 patients were excluded for various reasons), 7,348 adults tested positive COVID-19 between March 3 and May 31.

Related: 20 of the worst epidemics and pandemics in history

They then divided the patients with a reported psychiatric disorder into one of three categories — schizophrenia spectrum, mood disorder or anxiety disorder — and compared them with COVID-19 patients who weren’t diagnosed with any psychiatric disorder. They adjusted their findings for sex, age, race and known risk factors for COVID-19: high blood pressure, diabetes, heart conditions, chronic obstructive pulmonary disease, chronic kidney disease, smoking and cancer.

Of the more than 7,000 adults who tested positive for the coronavirus during that time, 75 patients had a history of schizophrenia; 564 had a history of a mood disorder; and 360 had a history of an anxiety disorder. Overall, 864 of the COVID-19 patients died or were discharged to hospice within 45 days of their diagnosis.

The researchers did not find an association between anxiety or mood disorders and death from COVID-19. But they found that people with schizophrenia were about 2.7 times more likely to die from COVID-19 than people without that mental disorder — the second-highest risk factor after age.

By comparison, patients between the ages of 45 and 54 were 3.9 times more likely to die from COVID-19 than younger patients (and that risk doubled every 10 years of age after 54), regardless of whether they had a mental disorder. Patients with heart failure or diabetes had a 1.65 times and 1.28 times higher risk of dying from COVID-19, respectively.

But why would a mental disease be linked to the risk of dying from COVID-19?

“It is both expected but also surprising,” said senior author Dr. Donald Goff, a professor of psychiatry at the NYU School of Medicine. Research has shown that people with schizophrenia have shortened life expectancies by as much as 20 years, on average; and many die earlier from pneumonia and viral illnesses, he said.

But that decrease in life expectancy was thought to mostly be a reflection of other medical risk factors and behaviors that typically accompany schizophrenia, including obesity, heart disease and cigarette smoking. In this study, people with schizophrenia still had a higher risk of mortality, despite the authors having adjusted for those conditions.

“It seemed as though there’s something about either the illness of schizophrenia or possibly medications that causes them to be at really high risk of mortality,” Goff told Live Science. For example, perhaps the illness or medications are disrupting the immune system, he said. Previous research has found that people with schizophrenia can have altered immune responses and variations in the genes that regulate the body’s immune response to infections.

“This is a highly interesting study, especially with regard to the role of the immune system,” said Dr. Norbert Müller, a professor of psychiatry at the Ludwig Maximilian University of Munich, Germany,who was not involved with the study. Some psychiatrists speculate that schizophrenia is associated with the activation of the immune system and pro-inflammatory signalling molecules known as cytokines, he said. A common cause of COVID-19 death is an overreaction of those cytokines, also known as a cytokine storm.

Also, the data included only patients who had access to treatment at the NYU health-care system, and it was collected during New York City’s peak outbreak when mostly high-risk and symptomatic people were being tested.

“There were such high rates, and the whole system was close to being overwhelmed and the treatments were not as effective as the treatments are now,” Goff said. Since then, “the absolute rates of mortality have dropped across the board, but we think this continues most likely to be true that people with schizophrenia are at higher risk.”

Goff and his team are now conducting more research to figure out whether there is a biological reason why patients with schizophrenia may have a higher risk. But for now, “we thought it was important to bring this to people’s attention,” Goff said. People with schizophrenia should be among those “prioritized for vaccines,” he added.

The findings were published on Jan. 27 in the journal JAMA Psychiatry. 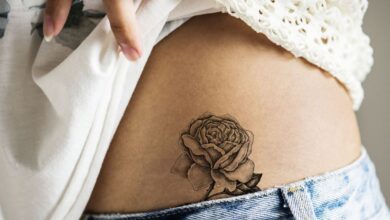 What to Do If Tattoo Gets Infected 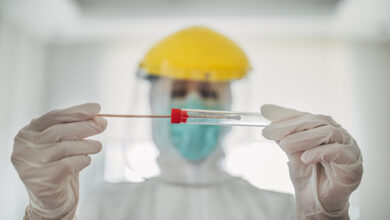 Delta most common COVID-19 variant in US, data show 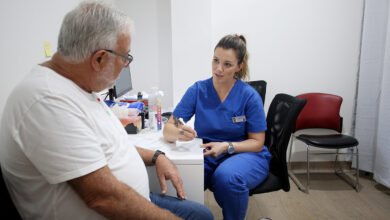 Australia says AstraZeneca vaccine only for people 60 and older