SAN ANTONIO (AP) — Gregg Popovich likes what he sees from San Antonio’s youthful roster and that’s a huge compliment from a coach who rarely gives any to his team.

“Of course, I liked it. They did a good job,” Popovich said. “Denver is one of the toughest teams to guard. They have such great movement. They are so well coached. They are consistent night after night in what they do, and we were able to show some pretty darn good grunt and aggressiveness, good activity.

“After the first quarter we did a good job on the boards, so it’s a good step for us.”

San Antonio held Denver to 23 points in the final quarter for its third straight victory, all at home. The Spurs and the Nuggets are both 11-8, but San Antonio is fourth in the Western Conference.

While two-thirds of the season remain, it’s progress for a franchise that missed the playoffs last season for the first time in 22 years.

“The biggest thing for Pop is to be patient and to trust for us to be professionals,” guard Patty Mills said.

Nikola Jokic had 35 points and 10 rebounds, and Jamal Murray added 20 points for Denver. The Nuggets had not lost since falling 109-105 to the Utah Jazz on Jan. 17.

Dejounte Murray poked the ball away from Jamal Murray and scored a contested layup over Jokic to give the Spurs a 113-103 lead with 3:08 remaining. It marked the second straight game Murray had a late steal against the opposing point guard.

“That has been his constant through his time here in San Antonio and in the NBA,” Mills said. “His ability to junk things up defensively with his length.”

San Antonio built a 10-point lead midway through the second quarter and regained it two minutes into the third. The Spurs used mid-range jumpers and drives to establish both leads, finishing with 54 points in the paint.

Denver responded each time behind its stars, Jokic and Murray.

After taking just two free throws compared to 17 from the Spurs in the first half, the Nuggets had 18 free throws in the second half.

Nuggets: Malone said he expects Murray to play Sunday despite Denver’s point guard injuring his right hip after crashing into a stanchion near the Nuggets’ bench with 8:49 left in the fourth quarter. Murray tumbled after charging at and fouling Mills on a 3-point attempt. Murray exited the game shortly after and spent several minutes stretching and jogging to test the hip in the team’s tunnel before returning to the game with 5:29 remaining. … Denver had won three straight against San Antonio. … The Nuggets were a franchise-best 7-2 on the road through nine games entering Friday. … JaMychal Green had three points and seven rebounds after collecting 15 points and 10 rebounds against Miami on Wednesday.

Spurs: Popovich, who turned 72 on Thursday, recently received and did a PSA for the COVID-19 vaccination. “If we can do our part in any way, in making people feel comfortable that getting this shot is wise both for them and everybody else around them, I think we need to do it,” Popovich said. … Murray and reserves Mills, Devin Vassell, Rudy Gay and Jakob Poeltl lead all NBA lineups in defensive efficiency and in plus-minus rating per possession this season.

OJ Simpson gets vaccinated ahead of you – and 9/11 mastermind KSM may too: reports 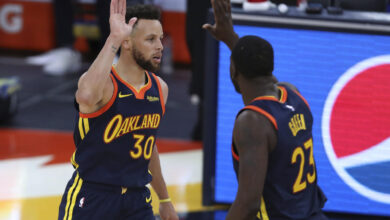 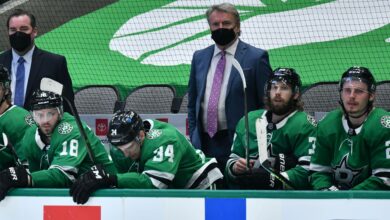 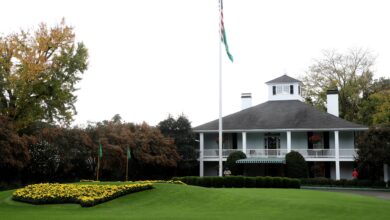 Could Masters be the next focus in battle over Georgia law?