Purdue and 21st-ranked Minnesota each return to action after eight-day layoffs, the Boilermakers coming off a home loss to No. 7 Michigan and the Gophers looking to rebound from a home setback vs. Maryland.

Purdue will be playing its second of at least three games without key veteran Sasha Stefanovic, who tested positive for COVID-19 in the days prior to the Michigan game and just came out of quarantine this week. Per Big Ten protocols, he must also miss Tuesday night’s game at Maryland in accordance with the 17-day mandated layoff. … The loss to Michigan snapped a four-game Boilermaker winning streak and brought Purdue to 6-4 in the Big Ten. … In Big Ten games, Purdue is now 11th in the conference in scoring at 66.5 points, ahead of Nebraska, Maryland and Michigan State. … Purdue is shooting only 30.4 percent from three-point range in Big Ten play, ahead of only, yes, Minnesota. … But the Boilermakers are allowing only 67.7 points, behind only Michigan and Wisconsin. … Purdue’s field goal percentage defense of 41.5 percent is third-best in the league. … Big man Trevion Williams this week was named one of 10 finalists for the Abdul-Jabbar Trophy, given every year to the nation’s top center. Minnesota’s Liam Robbins made that list, too.

Coming off an atypically inefficient game vs. Michigan, Purdue’s centerpiece gets another matchup with one of the Big Ten’s top bigs, Minnesota’s Liam Robbins. Williams can probably be the physical aggressor against Robbins, but will have to worry about guarding the dangerous three-point shooter away from the basket as well, in addition to in the post, where Robbins is outstanding, too.

Gillis brings all sorts of value to Purdue, but one area that’s sort of dried up on him has been his perimeter shooting. Since making those two important threes vs. Penn State, Gillis hasn’t attempted one in either of the past two games. It’s not a big deal, because that’s more or less gravy offense for the Boilermakers, but it is something the Boilermakers wanted to leverage when appropriate this season. Help D on Robbins will be a key Gillis role, too.

Hunter’s most important job vs. Minnesota is obvious: Make Marcus Carr work. It’s that simple. Carr’s going to get his, but if Purdue can make him inefficient and perhaps wear him out as it did last season in Mackey Arena, it will be mission accomplished. The big men will have to do their share too in containing the dribble and rotations away from the ball will have to be good, but Hunter will bear primary responsibility.

It’s been way more up than down this season, but Newman has ridden a bit of a rollercoaster this season from a productivity perspective. If his patterns this season hold, he’s due vs. Minnesota. Purdue needs to be able to make shots — especially with Stefanovic out — and Newman is the next-best thing on that front. This also might be a situation where Purdue runs more offense for him than normal for that reason.

The light’s started to come on for the talented freshman and at the right time, because Purdue will need additional avenues of scoring for at least the next two games and Ivey’s clearly a candidate to carry more of the load. The Boilermakers are putting the ball in his hands more and more, and it’s mostly paying off, as Ivey’s cracked double-figures in three of the past four games. Good things happen when he drives. He’s shooting a solid 50 percent this season on two-point field goals and drawing a good number of fouls.

Edey’s not putting up the same numbers he did earlier in the season, but he’s playing some of his best basketball of the year against the best competition. He’s clearly catching up to the speed and physicality of the game at the Big Ten level and improving, especially defensively. But Minnesota’s ability to shoot threes from the 5 could complicate things against the Gophers.

Thompson seems to be giving Purdue pretty solid minutes off the bench even as his role has sort of shifted with the Boilermakers putting the ball in Ivey’s hands more and using Thompson off the ball perhaps a little more. It’ll be interesting to see whether Purdue looks for ways to get Thompson more looks from three with Stefanovic out.

As Purdue looks for more avenues of scoring, it might be helpful if the 4 position started making threes. Gillis has struggled in that area and Wheeler’s 0-for-6 since his last make at Indiana. It’s not essential to Purdue’s offense, but it sure wouldn’t hurt.

Morton’s going to play more with Purdue down a guard. The Boilermakers’ versatility in the backcourt can allow for more situations now can have as many as three ball-handlers on the floor at once. There may be some modest advantages to that, but not a net gain considering Stefanovic’s steadiness and gravity within the offense.

No one has been wins in the Big Ten than the Gophers, who took down Iowa in overtime on Christmas Day and have been the only team this season to draw blood on Michigan, both of those games at Williams Arena. … Minnesota is winless on the road in Big Ten play, but there’s no shame in those losses having come to Illinois, Wisconsin, Iowa and Michigan. … Minnesota’s a strange team in the sense that most of their key personnel can shoot, but collectively they shoot poorly and they shoot a lot. The Gophers are sub-30 percent from three-point range and last in the Big Ten in conference games at 28.6 percent, the only program Purdue’s ahead of to this point. In those four road losses, Minnesota has shot 25.6 percent from three… The Gophers are getting outrebounded by a considerable margin in Big Ten play; they shot at least 28 threes in all four games. … Minnesota boasts the 13th-best turnover percentage nationally, per KenPom, at just 15 percent, a real credit to Marcus Carr since he has the ball so much. … Defensively, Minnesota blocks a lot of shots and is top-five nationally in steal percentage.

The Western Michigan transfer ruined Iowa’s Christmas by scoring 26 and making a bunch of big threes in the Gophers’ overtime win a month ago. He’s only scored in double-figures twice since, though.

A transformative addition for Minnesota this season, the Drake transfer has been one of the best big men in a league full of great ones. He one of the league’s top shot-blockers on defense, but also a very good interior scorers and a great three-point shooter who Purdue will have to account for beyond 20 feet.

One of the top guards in America, Carr is the finest backcourt scorer in the Big Ten, averaging 20 a game and able to get a shot pretty much whenever he wants one. He carries enormous minutes and heavy responsible for the Gophers. Purdue needs to make him work for everything he gets and hope he slows down late in the game.

Normally Purdue looks for a deficient shooter to help off of. Kalscheur is shooting only 22 percent from three, but that doesn’t mean the Boilermakers won’t treat him like he’s shooting twice that number. He’s proven himself in his career from long range. He shot 42 percent as a freshman and 35 as a sophomore.

The Utah transfer has given Minnesota productivity across the board this season.

The promising freshman and son of former Kentucky and NBA star Jamal Mashburn is waiting his turn behind Carr, but may be Minnesota’s next high-scoring guard starting next season.

The oft-injured big man is finally healthy this season and giving the Gophers minutes off the bench. He’s not shooting well this season, but he made a big three the last time he played in Mackey Arena way back in 2017.

The big man has made threes in the past and shoots them regularly this season, but he’s just 6-of-33 this season, with at least one attempt in every game.

The offensive profiles of both these teams suggest a rockfight could be brewing, and without Sasha Stefanovic Purdue is hampered that much more.

Barring an outlier shooting night from Minnesota, though, we like the Boilermakers’ chances here to keep Marcus Carr from going nuclear and to win with physicality in the frontcourt.

The land mines here would lie in some random 30-percent shooter making five threes for the Gophers, in Robbins going off from deep or in Purdue simply showing it can’t function at a high level without Stefanovic.

But the safest bet would seem to be the Boilermakers doing enough to keep the Gophers winless away from the Barn.

Membership Info: Sign up for GoldandBlack.com now | Why join? | Questions?

Copyright, Boilers, Inc. 2020. All Rights Reserved. Reproducing or using editorial or graphical content, in whole or in part, without permission, is strictly prohibited. 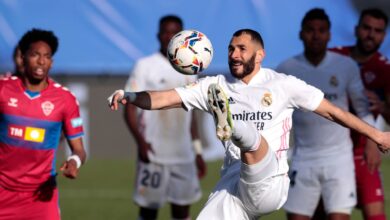 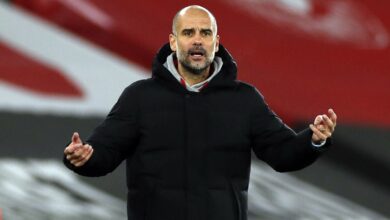 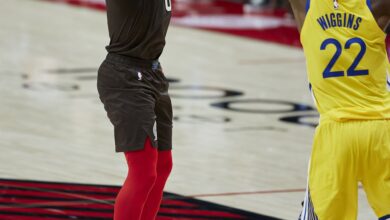