January appears to be the deadliest month for the United States since the coronavirus pandemic began, estimates from Johns Hopkins University reveal.

Nearly 80,000 Americans have died in January alone, according to data from Johns Hopkins University’s Coronaviurs Resource Center. Current estimates show that 79,261 Americans have died from the virus in the first month of the year, topping the previous record set in December when more than 77,400 lives were lost to COVID-19.

On Wednesday alone, some 142,511 new cases were added to the seemingly ever-growing total in the U.S., while 3,990 news deaths were also recorded.

The news comes after the country hit another grim milestone last week when the death toll from the novel disease surpassed 400,000 —  just over a month after the nation surpassed 300,000 virus-related deaths in December, breaking 250,000 deaths less than a month prior.

Hopes of putting a stop to the raging virus are riding with the development of COVID-19 vaccines, two of which have already seen emergency use approval in the U.S. But the rollout of these long-awaited jabs has been slow, with recently-inaugurated President Joe Biden saying this week that the federal government will purchase an additional 100 million doses of vaccine from Pfizer and Moderna, respectively, as part of its effort to ramp up the unprecedented vaccination drive.

“The brutal truth is, it’s going to take months before we can the majority of Americans vaccinated – months,” Biden said during a White House press briefing. “In the next few months, masks, not vaccines, are the best defense against COVID-19. Experts say that wearing masks from now just until April would save 50,000 lives that otherwise would pass away if we don’t wear these masks.”

Between its existing supply and additional purchases, the federal government will have enough doses for 300 million Americans by the early fall, according to Biden. The administration plans to increase the distribution of vaccine doses in states to at least 10 million doses per week, up from 8.6 million under the current plan.

In addition, states will receive a “three-week forecast” on what to expect in terms of supply.

“We will both increase the supply in the short-term by more than 15% and give our states and local partners more certainty about when deliveries will arrive,” the president added. “These two steps are going to increase our prospects of hitting or exceeding, God willing, the ambitious goal of 100 million shots in 100 days.”

Facebook usage has soared during the pandemic, but the company warns of ‘significant uncertainty’ ahead 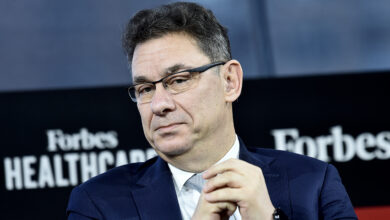 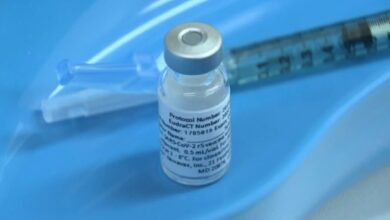