If the vaunted masters of self-inflicted misery on #VolTwitter want to project their collective masochism toward new Tennessee coach Josh Heupel, there’s a good chance he’s not going to hear about it.

There’s one thing that the fellowship of the miserable that account for the most vocal part of Tennessee’s fan base should know right away — Josh Heupel really won’t care what you are tweeting about.

Josh Heupel’s hire at Tennessee was greeted with a milquetoast response from a fan base that managed to set the program back a half-decade three years ago when they didn’t agree with a coach hire. The Twitter revolt and subsequent spineless administrators led the school to hire a completely overmatched coach (Jeremy Pruitt) and a laughably unqualified athletic director (Phil Fulmer). That lightweight pairing leaves a parting gift of enough NCAA issues to give the program an express elevator to the SEC basement.

Is Josh Heupel going to lead Tennessee to the College Football Playoff? Probably not. But dreaming about the playoff with the current state of Tennessee’s program, roster and inevitable NCAA shellacking is a bit like retirement planning via $1 scratch tickets. Instead, Tennessee has a coach who’ll immediately deliver a succinct identity — strong quarterback play, frenzied tempo and relentless aggression. And perhaps just as important, he’ll bring enough competence, scar tissue and thick skin to both endure and ignore the extremist fan base.

“He doesn’t look at his phone much,” Texas Tech coach Matt Wells told Yahoo Sports on Wednesday morning. “Whether you’re texting or Twitter, a lot of outside noise and distractions that don’t have to do with quarterback play, winning or recruiting quite frankly don’t register on Josh’s radar too high. He’s got a unique ability to prioritize and really define for him on a daily basis what’s most important.”

For a program defined by nonsense for most of the past decade, Tennessee found a coach who is defiantly no-nonsense. He developed those traits as the son of a high school coach in South Dakota and a JUCO quarterback who went on to win a national title and finish second in the Heisman race at Oklahoma in 2000.

And that mentality served him well when his linear coaching path, which included a decade at Oklahoma early in his career, got detoured when Bob Stoops fired him after the 2014 season. Heupel didn’t flinch. He got better. “Thank God it happened,” Heupel told Yahoo Sports in 2018.

He moved to Utah State to work for Wells, started over as offensive coordinator and got a chance to learn new places and overhaul his philosophy. He also showed enough acumen to offer a skinny kid from Bakersfield named Jordan Love a scholarship. (Wells laughed, recalling that Utah State beat out Northern Arizona and Sacramento State for the future first-round pick.)

Heupel moved onto Missouri after one season in Logan, and Drew Lock developed into such a prolific quarterback that he broke the SEC single-season record for touchdown passes (44) in 2017. (It was later broken by LSU’s Joe Burrow.)

“He found ways to get the ball down the field and utilize Drew’s unbelievable skill set that he had,” said former Missouri head coach Barry Odom, now the defensive coordinator at Arkansas. “He was able to capture that and find ways to give us an advantage every time he stepped on the field.”

Here’s what’s certain about the Heupel hire as a coach and why new athletic director Danny White in no way was settling. He simply hired the best coach Tennessee could considering the financial restraints from years of incompetent athletic leadership, an NCAA sanction specter and the reputational carnage that exists in Knoxville. Signing with Tennessee right now means you are willing to get kicked in the face on the field for a few seasons and sit in the fetal position waiting for the fickle fate of NCAA enforcement.

Here’s the good news. When you flip on the TV the next few years, you’ll know exactly what to expect from Tennessee — a spread offense that plays with devastating tempo, a scheme that throws aggressively downfield and elite quarterback play. That’s an identity that Tennessee can recruit to, fans will love and a key building block of this new era. “I think he’ll come in and be very aggressive and very creative,” Wells said. “Those players will like playing for him.

Heupel’s comeback from being fired in 2014 to rising back through the sport spiked when he was White’s surprise choice at UCF after the 2017 season. (He’d worked with White’s brother and current FAU AD, Brian White, while at Missouri.) The new trajectory didn’t surprise Oklahoma athletic director Joe Castiglione, a long admirer of Heupel. “Sometimes when people face adversity, they embrace it and navigate through it,” he said. “They are calmed and resolved and resilient, and it has a way of permeating through people around them. That’s one of Josh’s great skills and talents.”

That reputation continued to flourish at UCF, which ranked in the top five in total offense in each of Heupel’s three seasons as head coach and play caller. That was despite significant injuries to McKenzie Milton, the best player in the American Athletic Conference, and then a broken ankle that sidetracked the development of his backup, Darriel Mack.

Normally, a 28-8 record, undefeated regular season (2018) that reached a Fiesta Bowl and consistent knack for quarterback development would be attractive to a fan base. Instead, fans pointed at the downtrend of Heupel’s record — 12-1, 10-3, 6-4 — and the fact he’s never going to work an open mic night.

Does Tennessee have the perfect hire for forever? Who knows? They need a telescope to see Georgia and Florida in the SEC East, never mind annual crossover opponent Alabama. The road back is a slog.

But for right now, for a place that needs general competency, steady leadership and someone to keep the NCAA mall cops away, Tennessee finally outkicked its coverage. Instead of listening to a fan revolt, it hired an over-qualified athletic director who hired a solid coach. Baby steps.

“Our fans have to show patience,” White said at his press conference. “We don’t know what success looks like next year or the year after.”

Translation: If Tennessee starts 4-12 in SEC play, that’s not Heupel’s fault. It’s the administrative failures, cheating scandal and subsequent uncertainty that’s going to linger over Knoxville like a black cloud. Hate-tweeting won’t help: “Some of you are awesome, some of you are failing right now,” White said. “Why would we be negative?”

That’s long been the Tennessee way. At least they have a coach who will take on a tunnel vision through the upcoming dark seasons. 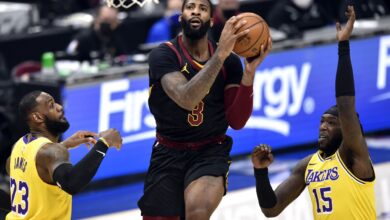 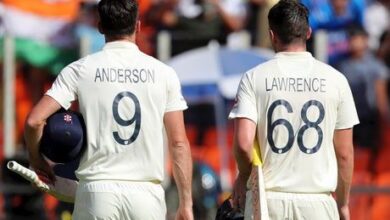 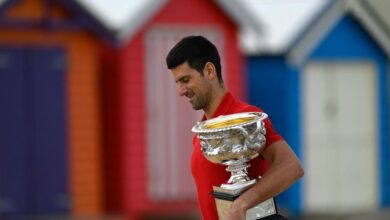