When Wolff was asked if Hamilton was signing a 3-year contract, he confirmed that wasn’t likely. 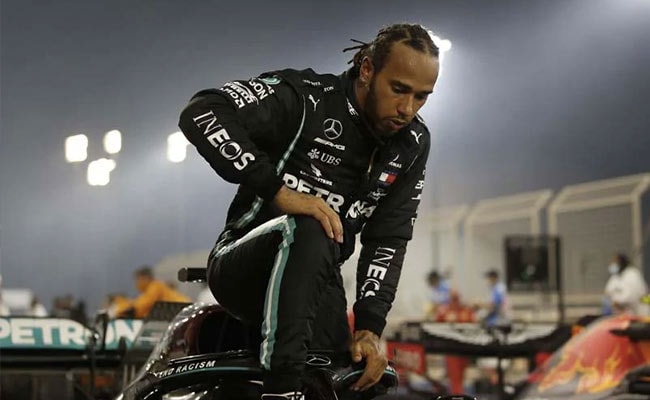 Toto Wolff has revealed that Lewis Hamilton will sign a new deal with Mercedes soon, in an interview with RTL. With pre-season testing 6 weeks away, there is an uneasiness that the defending world champion has still not signed a contract with the team he has won 6 out of his 7 record-breaking world titles with. Earlier in the month, Wolff revealed that there had been some curveballs which had prevented the two parties from signing an agreement. Interestingly, when Wolff was asked if Hamilton was signing a 3-year contract, he confirmed that wasn’t likely. Hamilton is already 36 and in the past has expressed a desire to retire from the sport before he is 40.

Lewis Hamilton Toto Wolff have formed the most successful F1 partnership in the history of the sport
Photo Credit: AFP

“I don’t think so. Soon is a flexible term but yeah, soon,” he said. Hamilton right now just needs one world title to have the all-time record which he currently co-owns with Michael Schumacher.

There have been rumours of strife between Hamilton and the Daimler management which wants him to take a payout and is unwilling to offer a long-term contract. Wolff also alluded to the same in the interview stating, “sensible agreement and we are not far from it.”

“We have a good relationship which is not only professional but also a friendship,” added the 49-year-old.

“Lewis is incredibly important, not only for our team but also for the Mercedes brand. But the landscape is changing right now. We have a big regulation change next year and the cost cap that will hit us hard next year,” he added.

“These are all factors that have played a role in our discussions. Also, of course, looking at the future. And then it goes into detail and we don’t want to be put under pressure. It should be a reasonable agreement and we are not far away from that,” said the Mercedes boss who also owns 33 per cent of the team, alongside Daimler and INEOS. George Russell was in the Mercedes car temping for Hamilton during the Sakhir GP
Photo Credit: AFP

Wolff also reiterated that Hamilton was never threatened in negotiations with the availability of George Russell who is a Mercedes junior who impressed in his stint with the team when Hamilton was down with COVID19.

“We never played the Russell card and his sensational performance in Bahrain in the negotiations [with Lewis]. We have a strong relationship and have celebrated too many successes for that. It was simply a matter of making the best decision for Lewis and the team,” he said.

“George will definitely play a role in our future line-up. He just needs to trust us and be patient. But today we are focusing on our two drivers, that is Valtteri [Bottas] and Lewis. We’ll see what the future brings,” the Austrian added.