Payments for consumers have made a huge shift to the online world in the last year, a time when they have moved more of their purchasing to the internet to minimize in-person transactions in the midst of a virus-based health pandemic. Today, a startup that has built a similar kind of payments infrastructure — but specifically targeting small businesses and the payments they need to make — has raised a big round of funding to double down on its own slice of the market.

Melio, which provides a platform for SMBs to pay other companies electronically using bank transfers, debit cards or credit — along with the option of cutting paper checks for recipients if that is what the recipients request — has closed $110 million in funding at a valuation that the company said was now $1.3 billion.

The company’s focus to date has been building and growing a system to replace the paper invoices, snail mail and bank transfers that might take multiple days to clear and still dominate payments for small and medium enterprises. The company was founded in Israel but has to date focused a lot of its attention on the U.S. market, where it saw growth of 2,000% last year (it doesn’t disclose the actual number of customers that it has). CEO Matan Bar said that this is where the company will continue to focus for now.

This latest round was led by Coatue and also included participation from previous backers Accel, Aleph, Bessemer Venture Partners, Corner Ventures, General Catalyst and Latitude. It caps off a huge year for the company, which raised $130 million in 2020 (and $256 million overall), with other recent backers including others like American Express and Salesforce.

The latter two are strategic backers: AmEx is one of the options given to customers paying other businesses through Melio’s rails.

Salesforce, meanwhile, is not yet an integration partner, but Bar — who co-founded the company with Ilan Atias and Ziv Paz (respectively CTO and COO) — described its interest as similar to that of Intuit-owned accounting giant QuickBooks. QuickBooks connects with Melio so that users of one can seamlessly import activity from one platform into the other, and Bar hinted that there is an interest from the CRM giant, which provides a number of other business and productivity tools, to work together in a similar fashion.

Bar came to found Melio on the heels of years of experience in peer-to-peer payments focused on the consumer market. He previously ran PayPal’s business unit focused on peer-to-peer payments, which included Venmo in the U.S. and equivalent services (not branded Venmo) outside of it. He came to PayPal, which at the time was a part of eBay, through eBay’s acquisition of his previous startup, a social gifting platform called The Gifts Project.

As Bar describes it, PayPal “was the first time I experienced what the digitization of payments looked like as they were shifting from cash to mobile payments. Consumers were buying online instead of at brick-and-mortar stores, and even when they were getting physical items, they were paying online.” What he quickly realized, though, was that the same was not applying to the businesses themselves.

“There are still trillions being transferred via paper checks in the B2B space,” he said, with paper invoices and paper checks dominating the market. “The space is way behind other payment areas. I would be talking with SMB owners who would be using fancy Square or PayPal point of sale devices, but when they had to pay, say, a coffee bean supplier, they stuffed checks in envelopes. That’s very intriguing obviously, and it triggered our interest.”

Interestingly this isn’t a problem that hasn’t been identified before, but many of the solutions, such as Bill.com or Tipalti, are really designed for larger enterprises. “They are too overwhelming for SMBs,” he said. “Even their names say it all: Accounts Payable Automation Solutions. It’s about tens of thousands of payments, and accounting departments, not an order from a wine shop.”

That formed the basis of what the startup started to build, which has been, in essence, a very pared-down version of these other payments platforms with SMB needs in mind.

The first of these is a focus on cashflow, Bar said. Specifically, the Melio platform lets payments be made automatically but businesses themselves can delay the timing on when money actually leaves their accounts: “Buyers keep cash longer, vendors get paid faster,” is how Bar describes it.

This is in part enabled by the tech that Melio has built, which builds in risk assessment, as well as fraud management, and balances payments across the whole of its platform to send money in and out without the need for the company to raise debt to back up those payments.

“We leverage data to assess risk,” said Bar. “Every dollar in this round is going towards R&D and sales and marketing. We don’t need the capital in our model.” It also works with the likes of AmEx and its own credit system in cases where people are paying on credit, but Bar also noted that currently most of the transactions that happen on its platform are not credit based. Most are bank transfers.

While others like Stripe have also built B2B payment services to pay out suppliers, Bar points out that what it has created is unique in that it is a standalone service: no need to be a part of Stripe’s wider ecosystem of services to use this if you already use another payments provider you are happy with.

Given that focus on cashflow for SMBs, what’s also interesting is the low bar to entry that Melio has built into its platform. Specifically, the service is completely free for businesses to use — that is, no fee is charged — as long as companies are making bank transfers or using debit cards. It takes a 2.9% fee when a business elects to use a credit card for a transaction (and even then Melio says that the fee is tax deductible in the U.S.).

He noted that one of the reasons that Melio has to date targeted the U.S. market is because of how antiquated it still is. “The average bank transfer still takes three to four business days, if you don’t want to take any risk,” he said. “We have developed models to do it same day. We take the risk that the buyer might not have the funds in that account but think about how that impacts cash flows. With Melio you still pay in three days, but money will be delivered the same day. That is how you can keep cash longer, without a payments risk.”

Targeting a market that remains very underserved at a time when so much has gone virtual in payments is why investors are also interested.

“Melio has identified both the opportunity and duty to help small businesses manage their finance remotely and improve cash flow, in normal times as well as during this crisis, as physical payments supply chains are interrupted and overwhelmed,” said Michael Gilroy, a general partner at Coatue, in a statement. “Going digital is the only way small businesses can compete against larger rivals and stay ahead of the curve.”

In terms of more product development, Bar said that the company has received “a lot of incoming interest from partners to enable B2B payments within their products on their product,” similar to what QuickBooks is doing and Salesforce is likely to do. “Payments are contextual and they want to enable a quicker way to get there. The SMB is underserved. And yes, from a unit economics it’s much better to go after Nike. But this is also to really create some financial inclusion. We want to enable services for the small shop that the big guys already have.”

How to turn off Apple's location-tracking U1 chip in iPhone 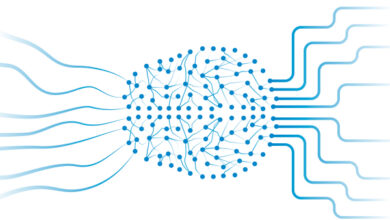 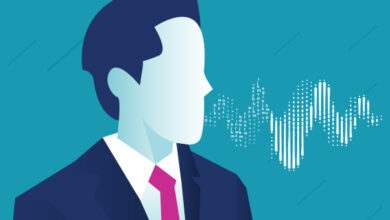