Meta is adding some new moderation features to Horizon Worlds, the company’s VR social platform, as part of version 91, according to a blog post published Friday. While the features are welcome upgrades, they also feel like relatively basic additions that should have been in place sooner.

For example, users who violate the platform’s policies will now get a notification spelling out what they did. (You can see an example at the top of this post.) And with the Account Status menu, which is accessible from the Safety tab in settings, you can see a list of your violations. “With this added level of transparency, we hope to increase awareness of our policies, prevent repeated violations, and promote positive behavior to keep our community safe,” Meta wrote in the blog post.

The company is also introducing a way to prevent people from spamming vote-to-kick dialogues, which Meta more formally calls “poll to remove.” Event moderators can now choose whether to offer the “poll to remove” feature to attendees, and mods can toggle the feature on or off when creating an event or while the event is taking place. Meta says it added the feature in response to community feedback, though the company seemingly took its time; in the blog, it linked to a UserVoice discussion that began on May 11th, 2022.

Meta has so far burnt billions investing in VR, AR, and the idea of the metaverse, and the losses probably won’t stop anytime soon. Despite all of that investment, Horizon Worlds hasn’t proven to be a big hit just yet: its user count reportedly declined in 2022, and in October, The Verge reported that the company’s VP of the metaverse had to rally employees to use the platform more. Small yet important features like Account Status and the poll to remove toggle could improve the health of the platform. But for a company that already manages some of the biggest social networks on the planet, I feel like the changes shouldn’t have taken this long to implement.

Horizon Worlds v91 includes some other handy additions, like a colorful new loading screen that replaces the previous blue one and improvements to parties to help ensure you aren’t separated from your friends. You can see the full list on Meta’s blog.

The $3,000 totally wireless Displace TV is the definition of CES absurdity 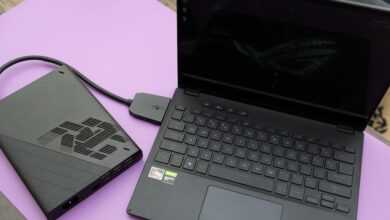 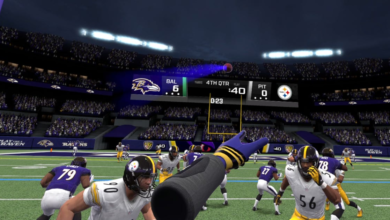 How I Became an NFL Quarterback (in VR) 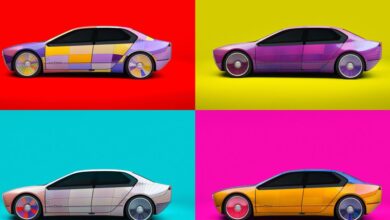