Patric Hornqvist scored with three seconds left in regulation and then got the deciding goal in a shootout, leading the Florida Panthers to a 4-3 win over the host Columbus Blue Jackets on Tuesday night.

The win gave Florida a 3-0-0 start for the first time in franchise history. The Panthers rallied from a 2-0, first-period deficit and also survived a penalty in overtime.

Carter Verhaeghe had a goal and an assist for Florida, Aleksander Barkov also scored, and Anthony Duclair had two assists. Panthers goalie Sergei Bobrovsky — a former Blue Jackets star — made 19 saves to beat his former team.

Kevin Stenlund, Alexandre Texier and Cam Atkinson scored for Columbus, and Joonas Korpisalo made 28 saves. It was Texier’s team-high fourth goal of the season.

Brayden Schenn scored the game-winner in the third round of the shootout, and Jordan Binnington had 42 saves to lead St. Louis topped Vegas in Las Vegas.

David Perron scored two goals and also scored in the first round of the shootout, Jaden Schwartz had a goal and an assist, and Jordan Kyrou also scored a goal for the Blues, who improved to 4-0 in the first games of back-to-backs.

Max Pacioretty scored his seventh career hat trick, including a pair of goals in the third period to rally the Golden Knights from a 4-2 deficit. Alex Tuch also scored for Vegas, and Robin Lehner had 21 saves.

Jason Zucker and Kasperi Kapanen tallied during a third-period rally for the Penguins, whose four-game winning streak came to an end. Tristan Jarry made 33 saves.

John Gibson made 31 saves for his second shutout of the season and the 21st of his NHL career as Anaheim prevailed in Glendale, Ariz.

Danton Heinen scored his first goal of the season to help the Ducks win their second game in a row.

Darcy Kuemper made 23 saves for Arizona, which was coming off a 1-0 loss to the visiting Vegas Golden Knights on Sunday.

Jack Eichel scored his first goal of the season to break a tie game and host Buffalo handed New York its fourth straight defeat, all by one goal.

Coming off a personal-best 36-goal campaign in 2020 but mired in the longest scoring drought to open a season in his six-year career, Eichel drove a one-timer in the slot off a pass from Victor Olofsson with 12:29 to go in the second period to give Buffalo a 3-2 lead.

Rookie Dylan Cozens and Tobias Rieder each scored their second goals of the season for the Sabres, and Linus Ullmark made 28 saves. Chris Kreider scored his second of the season and rookie K’Andre Miller recorded the first goal of his NHL career for New York. Alexandar Georgiev made 21 saves for the Rangers.

The Avalanche got single-goal efforts from Joonas Donskoi, Mikko Rantanen, Valeri Nichushkin, Samuel Girard and Devon Toews. The Sharks got a goal and an assist each from Ryan Donato and Logan Couture. Noah Gregor scored once and Kevin Labanc added two assists.

Mitchell Marner scored the go-ahead goal in the third period and visiting Toronto defeated Calgary. Marner, who also had an assist, scored his fifth goal of the season at 12:14 from the right circle just three minutes after Johnny Gaudreau had tied the game for the Flames.

The Flyers’ James van Riemsdyk scored a pair of power-play goals, one late in the first period and one early in the second. Joel Farabee and Ivan Provorov added insurance goals later in the third for Philadelphia, and Brian Elliott made 23 saves.

Michael McLeod and Travis Zajac scored in the second period and Pavel Zacha scored late in the third for the Devils, who have lost two of three. Scott Wedgewood recorded 26 saves.

Captain Roman Josi scored 1:57 into overtime to lift host Nashville to a victory over Chicago.

The goal was the first of the season for the reigning Norris Trophy recipient (top defenseman). Yakov Trenin and Mikael Granlund scored and Pekka Rinne made 18 saves for the Predators, who snapped a three-game losing skid.

Mattias Janmark scored a goal in his third straight game, and Dylan Strome had a power-play goal early in the first period for the Blackhawks.

Schultz finished with a goal and an assist, as did teammate John Carlson. Daniel Sprong also scored for the Capitals, who got 32 saves from Vitek Vanecek. Mathew Barzal had a goal and an assist and Noah Dobson netted a goal for the Islanders. New York’s Semyon Varlamov stopped 34 shots.

Calvin Petersen made 32 saves and Carl Grundstrom broke a third-period deadlock to give Los Angeles a road victory over Minnesota.

Kurtis MacDermid also scored for the Kings, who have won three of their last four games.

Leon Draisaitl and Connor McDavid each had a goal and an assist, Adam Larsson and Ryan Nugent-Hopkins also scored for the Oilers, and Darnell Nurse had three assists. Mikko Koskinen stopped 27 of 32 shots.

Jason Dickinson ripped a one-timer from the slot to give the host Dallas a victory over Detroit.

Vladislav Namestnikov scored the lone goal for the Red Wings. It was his first since signing with the team as a free agent during the offseason. Greiss was credited with 20 saves. 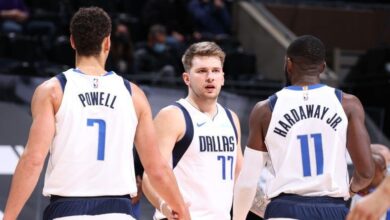 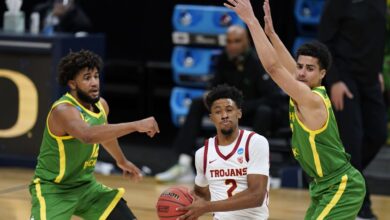 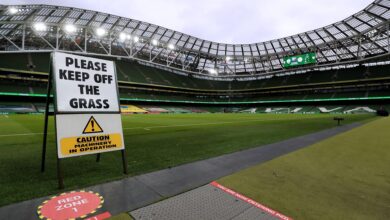