Fuel Rates Today: Both petrol and diesel prices were hiked in all four metro cities

Petrol, Diesel Prices Today: Petrol prices were hiked by 25 paise to touch an all-time high in the national capital on Saturday, i.e. January 23. In the national capital, the price of petrol was increased by 25 paise from Rs 85.45 per litre to Rs 85.70 and diesel was hiked by an equal amount from ₹ 75.63 per litre to ₹ 75.88 per litre, according to Indian Oil Corporation, the country’s largest fuel retailer. The prices of petrol and diesel have been hiked for four times this week. Meanwhile, in Mumbai, the revised petrol and diesel prices were ₹ 92.28 per litre and ₹ 82.66 per litre respectively. The current price of petrol is the highest ever in the national capital, while diesel is at a record high in Mumbai. Fuel rates were hiked in the other two metro cities – Chennai and Kolkata as well. (Also Read: How To Check Latest Petrol And Diesel Rates In Your City)

Petrol and diesel rates increased in all four metro cities for the second consecutive day and for the fourth time in the week. After staying unchanged for almost a month, the prices have witnessed an upswing since January 6, 2021. Fuel rates have increased amid a rally in global crude oil prices with coronavirus vaccination drives beginning across the world. Earlier in the week, Oil Minister Dharmendra Pradhan blamed the Saudi oil output cut for the surge in oil prices.

Oil marketing companies  – Indian Oil Corporation, Bharat Petroleum, and Hindustan Petroleum align the prices of domestic fuel with global benchmarks, by taking into account any revisions in the foreign exchange rates. Any changes in fuel prices are implemented with effect from 6 am every day. The fuel rates vary from state to state across the country due to the value-added tax or VAT, leading to a demands for a cut in excise duty for easing the burden on customers.

Meanwhile, on Friday, January 22, brent crude futures, the global oil benchmark, dropped 1.99 per cent to $ 55.05 per barrel. The rupee secured a narrow escape from losses and gained two paise to settle at 72.97 against the US dollar.

Which Is The Better Option? 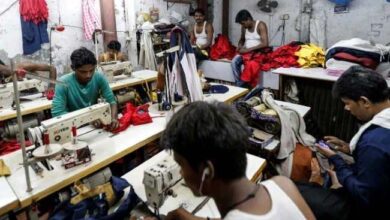