There is big trouble in Big D.

Forget taking a step forward this season, the Dallas Mavericks are stumbling backward — they have lost four in a row and 7-of-9 after falling Friday night to Utah for a second straight game. Luka Doncic — who had 25 points, 7 assists and 6 boards — is frustrated. Very frustrated.

“Terrible. There’s really not much to say… Right now it’s looking like we don’t care, honestly, if we win games or not.”

“I’ve never felt like this,” he said. “We’ve got to do something because this is not looking good. We’ve got to step up and just talk to each other and play way better than this.

Asked what specifically needs to change, Doncic didn’t hold back: “I would say right now it’s looking like we don’t care, honestly, to win games or not. We need more energy, more effort, dive for every ball, box out, everything. That’s a lot of things we can improve. And I know we will. And that’s all that matters.”

Dallas’ offense has been below average the past eight games, but it is the defense that is the real issue — a 120.4 net rating, 29th in the league over that span (stats via Cleaning the Glass). The Mavericks have even unusually passive on defense for weeks now.

Utah was unreasonably hot from three on Friday night — 20-of-48, 41.7% — but they also pounded the Mavericks on the glass and got anywhere they wanted.

There’s three-quarters of a season left and too much talent on the Dallas roster for them to not turn it around. Doncic, after a slow start to the season, has played much better of late, the rest of the roster will eventually follow.

But in a deep and unforgiving Western Conference, the slow start by Dallas could have it scrambling for seeding positions later (or even trying to avoid being part of the play-in games). Doncic is right, the Mavericks need to do something.

Check out more on the Mavericks

No. 7 Gamecocks hold off Alabama 75-63 at SEC Tournament 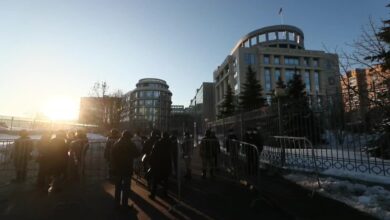