The Houston Rockets have all but surrendered everything they gained with a six-game winning streak that pushed them above .500 and sparked conversation lauding their improved defense.

The Rockets will attempt to get back on track Friday when they visit the New York Knicks.

On Thursday, Houston blew a 13-point lead to the visiting Miami Heat en route to its fourth consecutive defeat. The Rockets have been without center Christian Wood, their leading scorer and rebounder, during the skid, and there is no end in sight for his return from a right ankle sprain.

Houston lost guard Victor Oladipo (foot) and forward P.J. Tucker (thigh) against the Heat, and neither practiced on Friday as the Rockets prepared for the start of a three-game road trip. Oladipo has been ruled out for Saturday, and uncertainty looms regarding whether he will travel. Tucker is questionable to play at New York.

The Knicks aren’t overly concerned about the Rockets’ roster woes, though.

“We know that we just have to go out and play our game,” Knicks guard Derrick Rose said. “We know that with the guys that are stepping in for those (injured Houston) guys, this is a pro league, everybody’s here for a reason.

Before the Rockets can recover from their injuries, they must address their prolonged stretch of poor play, a run tied to attrition and one that also has revealed cracks in their facade.

“We need to space out and we need to do a better job of getting downhill,” Rockets guard John Wall said. “The more we can get stops on the defensive end and push the pace, put a team in a bind where we’re not playing half-court sets, (the better the results). But I feel like that all starts with me, so I’ve just got to do better.”

The Knicks also are dealing with a new injury, as starting center Mitchell Robinson broke his right hand Friday during New York’s 109-91 win over the visiting Washington Wizards.

Robinson had 10 points and 14 rebounds in 20 first-half minutes, but he didn’t return to action after halftime. The timetable for his absence is uncertain.

“It’s very tough, it definitely will be tough without him,” New York teammate Julius Randle said of Robinson.

Starting with Houston, the Knicks will play seven of its next eight games at Madison Square Garden, a critical stretch in terms of maintaining position in the Eastern Conference playoff picture.

In acquiring Rose this week, the Knicks hope they advanced their playoff aspirations. Rose contributed 14 points and a team-high six assists Friday against the Wizards.

It might require time to rejigger the rotation, but Knicks coach Tom Thibodeau acknowledged plans to play Rose alongside rookie guard Immanuel Quickley as the second-team backcourt.

“You see it often that we have multiple point guards out on the floor,” Thibodeau said. “It gives you another ball-handler, a secondary ball-handler, and you can probably include Alec (Burks) in that as well. So it gives us three guys that can go off the dribble and all three are very efficient at pick-and-rolls. I like those guys together.

“Their versatility allows them to actually play with both groups. And so I think we’ll see some of that as we go forward as well.” 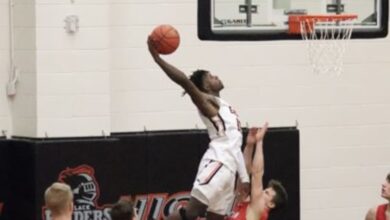 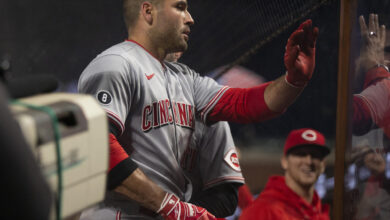 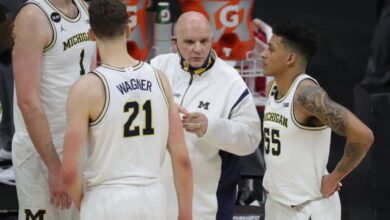 ‘Freshness’ Of Being Out Of Big Ten Play Will Benefit Michigan 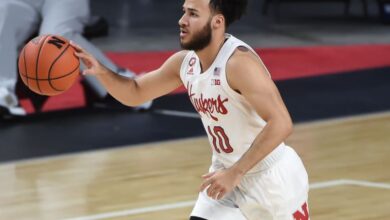