Love it or hate it, love is in the air. Whether you’re a diehard romantic movie fan or ready to throw in the towel on love altogether, you just can’t ignore the warm fuzzies that are floating around this time of year. In honor of Valentine’s Day, we’ve rounded up some of the most heartwarming (and heartbreaking) true romantic stories that’ll remind even the most dedicated Valentine’s scrooges that love often wins out in the end.

Country music singer Thomas Rhett and his now-wife Lauren Atkins met all the way back in first grade. But as often happens, life took the childhood sweethearts down different paths. After college, they were both dating other people pretty seriously. “We might have married them,” Rhett told Hits Daily Double. Luckily, Atkins’ dad gave Rhett a nudge. “I told her father how I felt. He said, ‘If you don’t tell her, I’m going to.’ It was a total Ryan Gosling moment.” Rhett gathered up his courage, and the rest — including the song “Die a Happy Man,” written about Atkins — went down in country music history. Today, the couple has three beautiful children.

Ted Richardson and His Late Wife

Some love stories last even longer than life itself. For six years now, Ted Richardson, 94, has visited his late wife’s grave at National Memorial Cemetery of the Pacific every morning at 6:30 a.m. sharp. “I always tell her when I go up there, ‘Payback time,'” he told Hawaii News Now.

He always leaves her a bouquet of mini carnations, as “payback” for 72 wonderful years of marriage. “I use mini carnations because when you first put them in they’re just buds,” he explained. “Then, about three days later, they open up.”

If there’s a story that shows how strong love really is, look no further than Luke Bryan’s. It’s not how he met or married his wife, Caroline Boyer that’s amazing — it’s the story of how they became a family of seven despite tragedy. In May 2007, Bryan’s sister died suddenly. “She was home with her 3-year-old and it was like someone turned the lights out,” he told People. “They never determined what happened.” Seven years later, in 2014, his brother-in-law passed away, too. That left Bryan and Boyer to take care of their three children, in addition to their own two at home. “I woke up one day and I’m raising a teen,” he said.

But the loving couple stepped right up and expanded their family to include five kids ranging in age from tweens to young adults. “We never thought twice about it,” Caroline told Robin Roberts back in 2017. There’s plenty of love to go around.

This young couple’s story is proof that even horrific tragedy — specifically a catastrophic category 5 hurricane — can’t blow over true love. In fall of 2017, Hurricane Irma destroyed their home in San Juan, forcing the couple to postpone their wedding. After spending the next few months donating their time and money to relief efforts, the couple turned lemons into lemonade with breathtaking engagement photos that captured their island’s beauty despite the devastation. Their efforts didn’t go unnoticed, either: Their community rallied around them to throw the wedding of their dreams.

Glenn Weiss, an accomplished director and producer, will never forget the 70th Primetime Emmy Awards. While accepting his 14th Emmy for Outstanding Directing for a Variety Special, he proposed to his longtime girlfriend. That sound you hear is people swooning the world over. As if that wasn’t adorable enough, he gave her the ring that his dad gave his mom 67 years ago. Now that’s what we call a love story that goes the distance.

After a car accident and a subsequent medically-induced coma caused Angela Hartung to forget the last 15 years of her life, her husband had to make her fall in love with him again. Although they had been happily married for 13 years by that point, she didn’t recognize the man she loved after waking up. But love persevered. With lots of patience, persistence and filling their home with memory-jogging photographs, the couple said “I do” (for the second time) in 2016.

After hearing about a coworker’s cousin in need, a man donated a piece of his liver to a complete stranger – and they ended up tying the knot. Former Marine Chris Dempsey got tested to see if he was a match when he heard Heather Krueger was in need, even though they’d never met. As fate would have it, the pair matched in matters of the heart and the body. They became friends while waiting for the surgery and grew even closer after recovering. The pair tied the knot about a year later. And if you think this sounds like a movie, it is: Their aww-worthy story inspired the Hallmark Christmas movie Once Upon a Miracle.

Roseann Sdoia was watching the 2013 Boston Marathon when the bomb went off. The explosion severed her left leg, but the firefighter who helped save her life never left her side. Mike Materia held her hand, comforting her as they rushed to the hospital. He later visited Sdoia as she recovered, waiting with for hours at doctor’s appointments and even catching her mom’s attention, who thought he was cute. Almost four years later, Materia proposed. They turned their love story into a book, so future lovebirds can find inspiration.

An Australian couple went viral for the proposal of the decade when a clever fiancé hid the ring in plain sight for an entire year. Terry had created a wooden necklace for his girlfriend Anna to celebrate their one-year anniversary, but unbeknownst to his love, he’d put a secret compartment inside. When he was ready to pop the question, he opened the necklace and gave Anna the ring she’d unknowingly worn around her neck every day for months on end. Is someone cutting onions in here?

After a car accident left her badly injured just weeks before the wedding, bride-to-be Hannah Patterson planned on going down the aisle in a wheelchair. But Stuart Patterson must have watched a rom-com or two, because he scooped her up and carried his future wife to the altar. There wasn’t a dry eye in the place by the time they said “I do.” The gesture wasn’t out of character for Stuart, who supported Hannah throughout her recovery, even sleeping in a chair next to her hospital bed, holding her hand.

When doctors diagnosed Craig Lyons with terminal pancreatic cancer, he and his fiancée Joan decided to move up their wedding. But they didn’t let Craig’s prognosis damper their commitment to one another. During the reception, the bride shaved her head to support her husband’s journey. Now that’s one bride who’s beautiful inside and out.

After 25 years apart, two former summer camp sweethearts reconnected online online in a chance encounter. They’d first met when they were 14 and 15, but lost touch after camp ended. Then 25 years later, Evan Leach sent a flirty message to Kim Kuhl on Match.com, not realizing he was “winking” at his teenage crush because she’d changed her name from a previous marriage. Luckily, Kuhl remembered him immediately. The two pretty much picked up where they left off, getting hitched in Paris several years later.

Sometimes the heart knows what the heart wants. When a young Thomas Howard laid eyes on his new neighbor, he decided right then and there that she was the one for him, even though he was only 9 years old at the time. “I thought, ‘what a lovely girl, she’s going to be my girl, this one’ and my fondness for her grew since then,” Thomas said. And he was right — more than 80 years together, the childhood sweethearts are just as much in love as the day they said “I do.”

When Amy knew she was dying of ovarian cancer, she wrote an essay in the New York Times Modern Love column called “You May Want to Marry My Husband.” With only days left to live, she told the world everything she loved about her husband of 26 years. “I am wrapping this up on Valentine’s Day, and the most genuine, non-vase-oriented gift I can hope for is that the right person reads this, finds Jason, and another love story begins,” she wrote.

A year later, Jason wrote a column of his own reflecting on the beautiful letters he received from readers in response. “The cruelest irony of my life is that it took me losing my best friend, my wife of 26 years and the mother of my three children, to truly appreciate each and every day. I know that sounds like a cliché, and it is, but it’s true,” he wrote. Jason also gave a TED talk about how he deals with grief. Grab the tissues before you read (or watch) their beautiful love letters.

Not weepy-eyed yet? A viral picture from Reddit will have you reaching for the tissues. A 100-year-old man refused to let go of his dying wife, according the poster, their granddaughter. Side-by-side in hospital beds, the couple held hands until the very end. They celebrated 77 years of marriage before the 96-year-old passed away. If that’s not love, we don’t know what is. 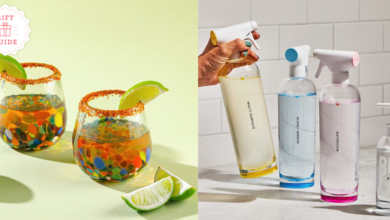 35 Best Gifts That Give Back 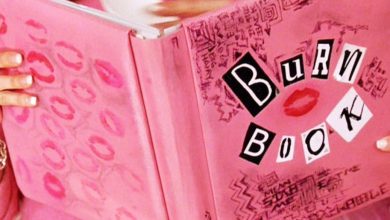 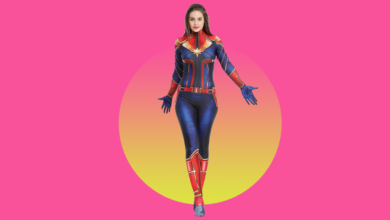 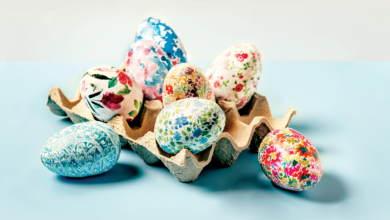 Meaning and Symbolism Behind Colors of Easter