Showing support. Rose McGowan backed Evan Rachel Wood after she accused their mutual ex-fiancé, Marilyn Manson, of grooming and abusing her for years.

“The Cult of Hollywood, fame & the music industry must be stopped from protecting predators and selling their sickness to the world,” McGowan, 47, captioned a Twitter video on Monday, February 1. “Their sickness has a farther reach than a nuclear bomb. When those at the top help monsters for profit they hurt us all.”

The Charmed alum spoke out against predators in Hollywood shortly after Wood, 33, claimed Manson (born Brian Warner) abused her on Instagram on Monday.

“I am profoundly sad today and disgusted. But I am mostly proud. Proud of Evan Rachel Wood and the others who have come forward against Marilyn Manson, my ex,” McGowan said, noting Manson, 52, was “not like that” when they were dating. “But that has no bearing on whether he was like that with others before or after. It takes time to come forward. And again, I am proud.”

The Scream actress, who was engaged to the “Sweet Dreams” singer for two years before their 2001 split, praised any woman who “stands against an abuser” and has the courage to stop the cycle of violence.

“They steal time. These are time eaters. They steal lives. They steal hopes, dreams, freedom, sexuality, love,” she said of the abusers. “I’m also here to say to the Hollywood cult leaders that have employed him and sanctioned him and Interscope Records and Sony [which] were with him during the Evan period. You know you are accomplices. All the PR managers, agents, lawyers — the Hollywood cult must be stopped.”

Hours earlier, Wood claimed that Manson “started grooming me when I was a teenager and horrifically abused me for years. I was brainwashed and manipulated into submission.

The Westworld star, who dated the “Wrapped in Plastic” singer from 2007 to 2010, said she is “done living in fear,” which is why she decided to finally tell her story.

“I am here to expose this dangerous man and call out the many industries that have enabled him, before he ruins any more lives,” she wrote via Instagram. “I stand with the many victims who will no longer be silent.”

Four other women came forward with similar accusations against the rocker shortly after Wood shared her story.

Model Sarah McNeilly detailed the fear associated with telling her own trauma, sharing alleged text messages between her and Manson.

“I was emotionally abused, terrorized and scarred,” she claimed in her caption on social media. “I was locked in rooms when I was ‘bad’, sometimes forced to listen to him entertaining other women. Kept away from certain friends or if I didn’t, he would threaten to come after them. I was told stories of others who tried to tell their story and their pets ended up dead.”

A woman named Ashley Walters recalled meeting with Manson in 2010 to do a photo shoot, alleging their relationship quickly turned unprofessional. “It felt like I was his property because [he] would offer me up for sexual encounters to please potential collaborators or friends and bragged that he could do so,” she claimed.

Manson has yet to publicly comment on the allegations against him, but he was dropped by his record label, Loma Vista Recordings, on Monday after the “disturbing allegations” from Wood and other women surfaced.

The True Blood alum has been an advocate for victims of sexual and domestic abuse for years, previously opening up about being raped twice. In November 2020, Manson denied allegations that he abused Wood while they were engaged in 2010.

“Unfortunately, we live in a time where people believe what they read on the internet and feel free to say what they want with no actual evidence. The effects can be catastrophic and promoting non-fact-based information is wholly irresponsible,” his rep said in a statement at the time.

McGowan, for her part, was one of the many women who spoke out against film producer Harvey Weinstein in October 2017, accusing him of sexual misconduct. A New York Times article claimed that Weinstein, who was later sentenced to 23 years in prison, paid McGowan $100,000 in 1997 after “an episode in a hotel room during the Sundance Film Festival.”

The Jawbreaker actress alleged in a series of tweets the year prior that she was raped by a studio head but didn’t report the alleged crime because an attorney told her that since she did a “sex scene in a film I would never win against the studio head.”

When the Weinstein scandal broke, she again took to Twitter, writing, “Women fight on. And to the men out there, stand up. We need you as allies. #bebrave.” 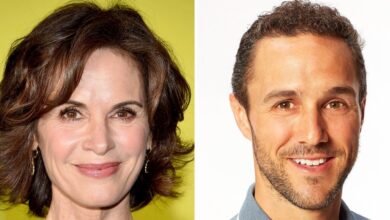 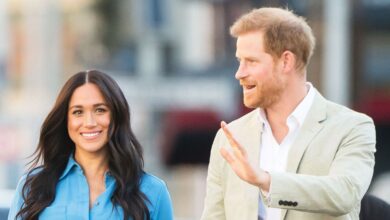 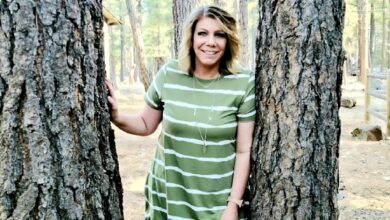 No One’s Close to Meri Brown 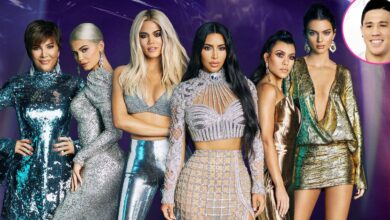