This relationship also leads to a good testbed for the Ferrari driver academy drivers to graduate to F1. Sauber is planning on retaining the Ferrari power unit till the end of 2025. There were doubts over Sauber continuing the deal as Ferrari had a massive loss of power at the end of the 2019 season which could have jeopardised the relationship as Sauber has been a Ferrari customer since 2010. The Ferrari relationship is even deeper considering the Alfa Romeo sponsorship and branding which is another iconic company from Ferrari’s former parent FCA. In the wake of the FCA and Peugeot merger and the formation of Stellantis, the deal with Alfa Romeo is not sure-shot deal from 2022.

John Elkann is the chairman of Stellantis and Ferrari

Sauber has been preparing the development of its 2022 chassis which will likely be designed for the Ferrari 2022 power unit. Ferrari F1 boss Mattia Binotto has already said that he expects the 2021 Ferrari power unit to not to be the least powerful engine on the grid.

At the same time, Sauber’s boss Frederic Vasseur has said the Alfa Romeo partnership is central to Sauber staying in F1. Even though Ferrari is not a part of Stellantis, it is still controlled mostly by the Agnelli family with John Elkan who also is the chairman and CEO of Ferrari which could ensure that the relationship continues.

Mattia Binotto has already said that Ferrari will have a competitive engine in 2021
Photo Credit: AFP

This relationship also leads to a good testbed for the Ferrari driver academy drivers to graduate to F1, just the way Charles Leclerc started off with Sauber and then graduated to Ferrari and Antonio Giovinazzi joined the team. Mick Schumacher has recently joined the Haas team which is also a Ferrari customer. 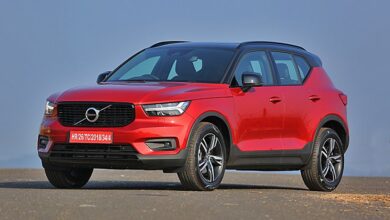 Volvo Plans To Double Sales Volume In India By 2023