Indian equity benchmarks are set to open lower on Thursday as indicated by Nifty futures traded on the Singapore Exchange amid weak global cues. The Nifty futures traded on Singapore Exchange, also known as the SGX Nifty fell over 1 per cent or 137 points to 13,843. Meanwhile, Asian shares slid on Thursday while the safe-haven dollar rallied as a sudden sell-off on Wall Street and delays with coronavirus vaccines shook investor optimism about an early recovery for the global economy.

MSCI’s broadest index of Asia-Pacific shares outside Japan fell 1.2 per cent, with valuations looking stretched given the index had risen more than 6 per cent just this month.

Japan’s Nikkei fell 1.3 per cent, its sharpest drop since October, and Chinese blue chips 1.5 per cent. South Korea eased 0.9 per cent led by losses in Samsung after it reported earnings.

Even the tech darlings were not immune with Facebook down despite reporting earnings well above expectations. Apple Inc also handily beat forecasts, yet its shares lost 3 per cent after the bell.

Back home, Axis Bank will be in focus after it reported a 36 per cent year-on-year decline in December 2020 quarter profit to Rs 1,117 crore due to higher provisioning for bad loans. The bank’s net interest income, which is the difference between interest earned and expended, rose 14 per cent to Rs 7,373 crore.

Hindustan Unilever company reported a profit of Rs 1,921 crore for the quarter ended December 2020 compared with Rs 1,616 crore in the corresponding quarter of the previous year. Revenues jumped from Rs9,808 crore to Rs 11,862 crore during the same period. 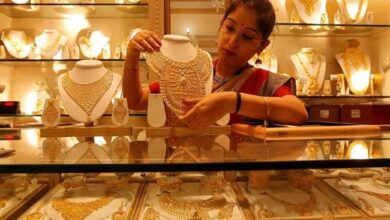 RBI To Focus On Growth Even As Inflation Breaches Tolerance Band

Adani Ports Gains Around 2% Ahead Of March Quarter Results