The Anglo-Dutch oil major’s annual profit slumped 71% to $4.8 billion as its oil and gas production and profits from refining crude into fuels dropped sharply.

In a sign of confidence, however, Shell said it planned to raise its dividend in the first quarter of 2021, which would be the second slight increase since its slashed its payout by two-thirds at the start of last year due to the pandemic.

Analysts said that while Shell missed forecasts for both its fourth-quarter profit and cash flow, the results overall were not as bad as feared, especially after rival British BP posted a loss of $5.7 billion earlier this week.

“We are coming out of 2020 with a stronger balance sheet,” Chief Executive Ben van Beurden said in a statement.

Shell shares were down 2% at 1515 GMT, underperforming the broader European energy index which was down 0.5%.

Shares in Shell collapsed in 2020 along with rivals to hit 878.1 pence on Oct. 28, their lowest in more than a quarter of a century. They have recovered since but are still down 40% since the end of 2019, before COVID-19 savaged oil markets.

“Earnings were below consensus and cash flow too, but that hides the fact that expectations were low after what BP reported on Tuesday,” Jefferies analyst Giacomo Romeo said.

U.S. rivals Exxon Mobil and Chevron reported huge losses in 2020, battered by the prolonged slump in energy demand during pandemic lockdowns. BP’s loss was its first in a decade while Exxon reported a massive $22.4 billion annual loss, its first as a public company.

Shell’s results come a week before it presents its long-term strategy to become a net zero emissions company by the middle of the century and tries to persuade investors that it has a profitable future in a low-carbon world.

It is planning a major restructuring as part of its plan to reduce greenhouse gas emissions and aims to cut 9,000 jobs, or more than 10% of its workforce.

The reorganisation will lead to additional annual savings of about $2 billion to $2.5 billion by 2022, above and beyond cuts of $3 to $4 billion announced last year.

Like its rivals, Shell responded to the unprecedented drop in oil and gas demand last year by cutting spending sharply.

Reducing costs is vital for Shell’s plans to move into the crowded power sector and renewable energy where margins are typically lower than for fossil fuels.

It is betting on its expertise in power trading and rapid growth in hydrogen and biofuels markets as it shifts away from oil, rather than joining rivals in a scramble for renewable power assets.

Despite a 28% drop in fuel sales last year, Shell’s adjusted earnings from trading and retail, which includes sales at its global network of more than 45,000 filling stations, only fell 3% from a year earlier to $4.6 billion. Retail posted its best quarter on record in the third quarter.

But at the same time, Shell’s cash flow was down nearly a fifth from 2019 while its debt-to-equity ratio rose to 32% from 29%, exceeding the company’s target.

Shell’s net debt at the end of the fourth quarter rose about $2 billion on the previous quarter to $75.4 billion, with its gearing – or debt-to-equity ratio – ticking up to 32.3%.

Shell cut the value of its oil and gas assets by a further $2.7 billion after writing them down by $17.8 billion last year following the lowering of its energy price outlook.

The latest writedowns were due in part to charges related to the Appomattox field in the U.S. Gulf of Mexico and the closure of refineries in the Netherlands, Singapore and the United States as it streamlines its refining hubs.

Shell said, however, that it planned to raise its dividend for the first quarter of 2021 by 4% from the previous quarter. 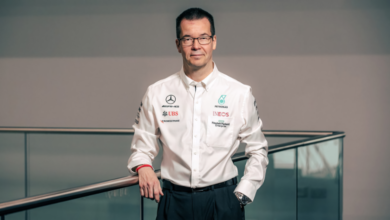