It’s late February 2020 and Brandon Payne is sitting in the Accelerate Basketball office lined with framed basketball jerseys and clipped newspaper articles. He’s in Fort Mills, South Carolina, less than a mile from the North Carolina border, but over 2,500 miles from the Golden State Warriors practice facility.

He opens an Instagram story that bridges the gap between him and his client, Stephen Curry, who is shooting the rust off of the shot that turned the Warriors into the Beatles, searching for the finishing touch to his rehab after breaking his wrist early in the season.

For fans, the video builds excitement for the return of the baby-faced assassin. But Payne finds reason for alarm. He texts Curry. “Please stop shooting until I get there in a few days. We can’t let this keep going. I gotta show you something.”

“He had some dead spots from the surgery,” Payne explains. “He couldn’t necessarily feel his hand great. His left hand was rotating behind the basketball a little. What happens when you rotate behind the ball is you actually end up pushing it with your left hand. But if you can’t feel it you don’t know that.”

Payne, alongside Warriors assistant coach Bruce Fraser, have watched Curry shoot more than anyone on the planet. They scrutinize the world’s greatest shot, in search of what it lacks, imperfections the naked eye can hardly perceive, so the rest of us can bask in the sublime beauty of its seeming perfection.

Both are careful not to take credit for Curry’s success. Fraser compares himself to a caddy for a great golfer, “a dream come true” for a basketball junky. They’re like air traffic control, analyzing the flight of the ball when Curry shoots so it comes as close to a 45-degree angle as possible before swirling through the net. So much has to go right, but so much is oriented to go wrong.

‘I think shooting is definitely an art’

The enemies of Curry’s jumper, in no particular order: defenders lunging into his chest, pulling at his wrists — one of which was broken last year — the bruises and scratches we blithely refer to as the blanket wear-and-tear of the regular season, a test of will where one fights not only 29 other teams but the fatigue triggered by multiple plane rides to different time zones, a jagged sleep pattern and the bad habits it gives rise to.

Then there is the fact that like the rest of us, every second Curry is alive is another second that’s bringing him closer to death. If Curry gets out of bed with a perfect shot, by the time he’s arrived at the arena, it’s atrophied slightly, as has the rest of his body.

“As we get older our mobility changes,” says Payne. “Our strength changes. We have micro-injuries or big injuries. Your movement mechanics change and naturally your skill mechanics will change. You can probably ask any 50-year-old golfer that played since they were in their twenties if their swing has changed as their ability to move has changed, and I’m pretty sure you’re going to get a resounding yes.”

“He’s human,” Fraser reminds us, “so he can get into places where his body is not operating the same every day, and you see that.” Fraser and Payne are charged with noticing these factors and correcting them.

Payne is a competitive, detail-oriented, demanding teacher. On deep perimeter shots, he tells Curry to tell himself to”‘push the ground harder,” to hit the right pressure points in the feet to generate equal power from both legs. When Curry is tired, he over-rotates his hip to the right. “I literally just point at my hip and he knows what I’m talking about,” says Payne.

Fraser played college ball at Arizona with Steve Kerr, and became his shooting coach. When Kerr took over the Warriors, he tapped Fraser to work with the Splash Brothers. Fraser imparted the lessons he learned from working with other all-time shooters, like Steve Nash and Reggie Miller.

“If something is that good,” says Fraser, “the last thing you want to do is be a know-it-all and mess something up. I watched a lot, learned their processes, watched what they did.

“I think shooting is definitely an art,” he says. “There’s a skill to it, but there’s an art to it. No two people are the same. Everyone’s shot’s just a little different. There’s a rhythm to it and a power. I try not to be super textbook with my approach anymore because I feel like you’re taking away some of the person’s art.”

Fans used to line up hours before games to bear witness to Curry’s pregame routine, to be able to say they were there, that they saw him. These days, with fans locked out of arenas, Curry’s audience has been reduced. But Fraser, who estimates he watches Curry take 70,000 practice shots per year, is still in the crowd.

When Fraser notices a hitch in Curry’s mechanics, he gives him parameters to feel out rather than strict instructions. Curry started the season cold, 18-for-56 from three before exploding for a career-high 62 points against Portland. While Curry was warming up pre-game, Fraser noticed he kept coming up short on his shots. He simply told Curry to generate more power from his midsection, rather than his arms. Fraser seems uncomfortable recounting the timing. “I don’t want to say that’s the reason he had 60,” he says, so it’s worth mentioning: Curry took it from there.

“He works better that way,” says Fraser. “If someone doesn’t have that kind of feel, that kind of motor memory, then you have to be more specific.”

Why Steph Curry and Brandon Payne are a perfect match

When Payne was in middle school, he used to trudge home from practice and list off all the things his basketball coach, the school’s history teacher, did wrong. In high school, he saw gaps his teammates didn’t, but he couldn’t bridge the gap between mind and body, couldn’t execute on the openings he saw. By then, he was already training young kids. His dad coached basketball. He grew up around the game, knew and loved every contour of it.

“Early on in life I kinda decided that I want the most stressful thing in my life to be whether a ball goes into a basket or not,” he says. He coached at Wingate University after graduating. The wins, he says, were a blur. The losses he remembers vividly.

Basketball can’t be perfected because no in-game situation can be perfectly replicated in a practice setting. Payne tries to confront this challenge in ways big and small.

You’ve probably seen Curry dribble a tennis ball in one hand and a basketball in another, a drill that’s proliferated across the NBA since his rise. Payne doesn’t see it as a dribbling drill, but an assessment drill. He watches Curry’s mouth, not his ballhandling speed. “The first place neural overload can show itself is if a player stops breathing normally,” Payne says. He watches Curry’s nose to make sure it’s not leaning over his toes, that his core is still working to keep him stable, that his knees aren’t starting to angle inwards. “If you’re paying attention, it won’t happen, but if you’re overloaded by something else, it’s gonna happen. If all those things are happening on a simple tennis ball hall handling basketball drill, think about all the stimulus going on in a game when you’re playing at a high level, playing fast and you gotta do all these things and keep yourself breathing, keep your body upright and keep moving with the right mechanics.”

When Payne first devised the tennis ball drill, he asked neuroscientists and sports scientists to review it. Their first response would be to ask him what he studied in college. I asked him the same thing.

When Payne became fascinated with the idea of helping players with physical limitations rise to the level of physical specimens, the confines of the court became limiting. He looked for gains in the body, in the brain. “It doesn’t take a lot of talent or knowledge or expertise to come up with a shooting workout,” he says. “Everything about how I train players is all about neutralizing physical disadvantage. I was never fast, I was never the guy that was jumping over people.” Curry and Payne are a perfect match, thanks to their shared desire to maximize the body in search of an edge.

Shooting is an act of constant maintenance and renewal, of paring down and becoming. But no matter how much he practices, every time Curry launches a shot, it’s more likely to miss than not. The quest for perfection is futile, evasive, walking in lockstep with the acceptance of imperfection. 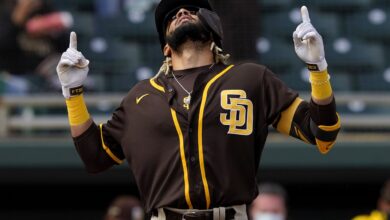 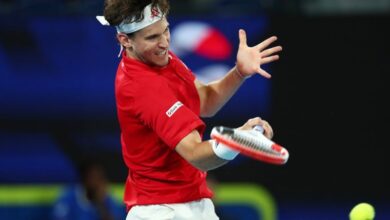 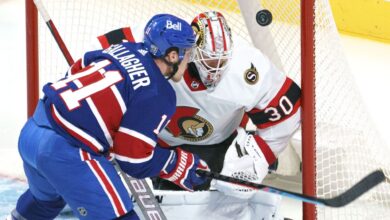