A Tibetan businessman has been released from prison in China after completing a five-year sentence for “inciting separatism” by campaigning for Tibetan language education, including in interviews with The New York Times, his lawyer said on Friday.

The businessman, Tashi Wangchuk, returned to Yushu, his hometown in the northwestern province of Qinghai, and was staying with a sister, the lawyer, Liang Xiaojun, said on Twitter and in a telephone interview. But Mr. Liang said he could not be sure that Mr. Tashi was “fully free.”

In China, former prisoners can be essentially confined to their homes or other places even after their formal release, especially in politically charged cases.

Two legal affairs officials in Qinghai refused to comment when called, saying they did not know about the case.

Despite the uncertain circumstances, Mr. Tashi’s release from prison was greeted with some relief by groups abroad that press for Tibetan rights and self-determination. A spokeswoman for The Times, which featured him in a video and article in 2015, also welcomed the news.

“His imprisonment was an action that appeared intended to silence critics, impede the free flow of information and ultimately deprive Chinese citizens of information,” Danielle Rhoades Ha, a spokeswoman for the newspaper, said by email.

Mr. Tashi, 35, a herder-turned-shop owner, took up his cause after the Chinese government ramped up restrictions on teaching Tibetan in schools.

In recent years, the government has sought to assimilate ethnic minorities by curtailing the teaching of their languages. That drive has included Tibetans living in Tibet itself — a part of China known as the Tibetan Autonomous Region — as well as those, like Mr. Tashi, who live in the mountainous neighboring areas.

Mr. Tashi learned Chinese at school and later taught himself to write Tibetan with the help of a brother. After studying at a Buddhist monastery, he opened a store in Yushu that sold Tibetan products and handicrafts online. In 2014, Alibaba, the giant Chinese e-commerce site, featured him in a promotional video.

“Before, living in Yushu I felt isolated from the outside world,” he said on the video, in Chinese.

But Mr. Tashi later told The Times that he was alarmed about the growing regional dominance of the Chinese language.

“In our Tibetan region, from primary and middle schools to high school, there’s only one Tibetan language course among many courses,” Mr. Tashi said in a Times documentary about his fruitless journey to Beijing in 2015 to make his case to Chinese officials and state media.

“No one wants to live in an environment that’s full of pressure and fear,” he said. “In effect, there is a systematic slaughter of our culture.”

The Chinese police detained Mr. Tashi two months after the Times reports about him came out. Two more years passed before he went on trial in Yushu, accused of inciting separatism, a murky charge often used against members of ethnic minorities who rile the authorities.

Between 1998 and 2016, Chinese courts tried 11,810 people on charges of separatism or inciting separatism, and only 15 were acquitted, according to official statistics analyzed by the Dui Hua Foundation, a group based in San Francisco that monitors human rights issues in China.

During Mr. Tashi’s trial in early 2018, prosecutors cited his comments to The Times, as did the court in May of that year when it found him guilty and sentenced him to five years in prison, including the time he had already spent in detention.

Human rights groups and United Nations-appointed experts have denounced Mr. Tashi’s prosecution, maintaining that he had acted within his rights under Chinese and international law. Mr. Tashi told The Times that he did not support Tibetan independence, and during his trial he said he simply wanted respect for ethnic minorities’ rights as promised in Chinese law, including the right to use their own language.

Tibetans speak a variety of dialects that are under threat, and many worry that their children will be unable to read and write in their language.

“Tashi’s only ‘crime’ was to peacefully call for the right of Tibetans to learn in their own language and governments must take strong, assertive action calling for his human rights to be upheld following his release,” Tenzin Tselha, an officer with the International Tibet Network who is based in India, said in an emailed statement.

Since Mr. Tashi was detained, the pressure on minority languages in China has increased, said Gerald Roche, an anthropologist at La Trobe University in Australia who studies the endangerment of Tibetan languages.

“Although the policy hasn’t formally changed, things have gotten much worse,” he said by email. Local languages, he said, “are made vulnerable because of the very poor protection they receive in law.”

The Chinese government’s efforts to tighten control over Tibetan areas have received less international attention in recent years, as foreign governments and human rights groups have focused on the mass detention of Uighurs and other largely Muslim minorities in the western Chinese region of Xinjiang.

But in Tibetan areas, too, the Chinese Communist Party under Xi Jinping has intensified efforts to dissolve ethnic distinctions through resettlement programs, labor transfers, political indoctrination, and schooling carried out almost entirely in Chinese. Beijing seems determined to deter any unrest in those areas when the Dalai Lama, the exiled, 85-year-old spiritual leader who is revered by many Tibetans, dies.

Anger over the suppression of minority languages has also flared in Inner Mongolia, a region of northern China. Last year, thousands of ethnic Mongolians protested there after the government abruptly curtailed classes in Mongolian and expanded Chinese-language schooling.

Even after his release, Mr. Tashi faces five years of “deprivation of political rights,” which is likely to constrict his opportunities to speak out.

“We urge Chinese authorities to respect the human rights and fundamental freedoms to which the people of China, including Tibetans, are entitled under the Universal Declaration of Human Rights,” the State Department said in an emailed comment about Mr. Tashi’s case.

Steph Curry's shot is scrutinized by these 2 coaches 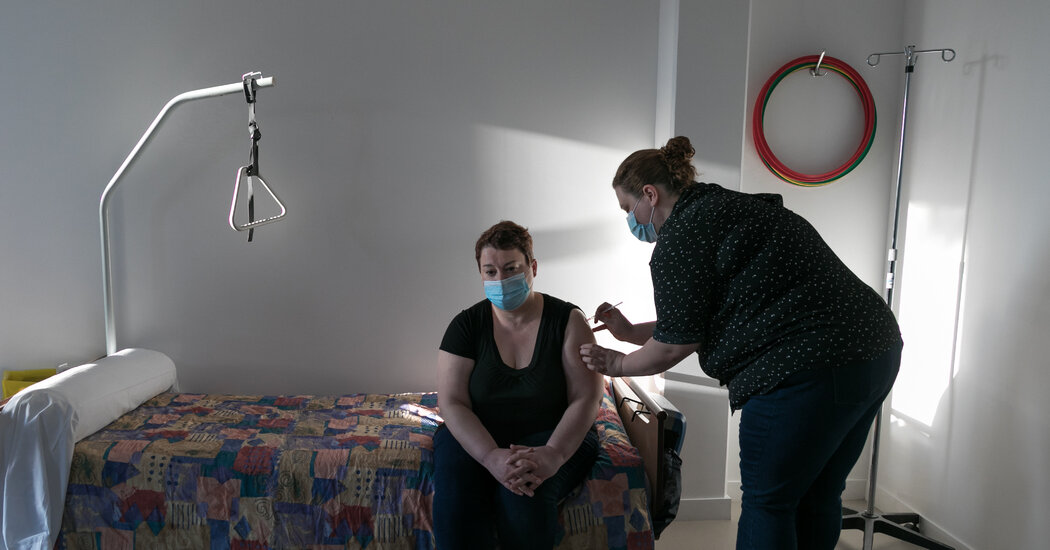 France’s vaccine contracts with McKinsey lead to questions for Macron. 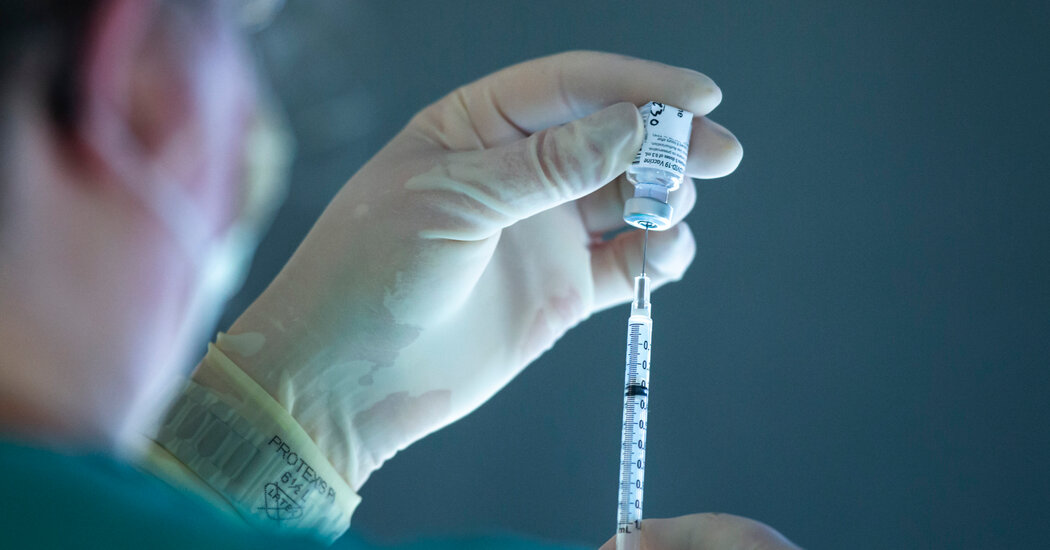 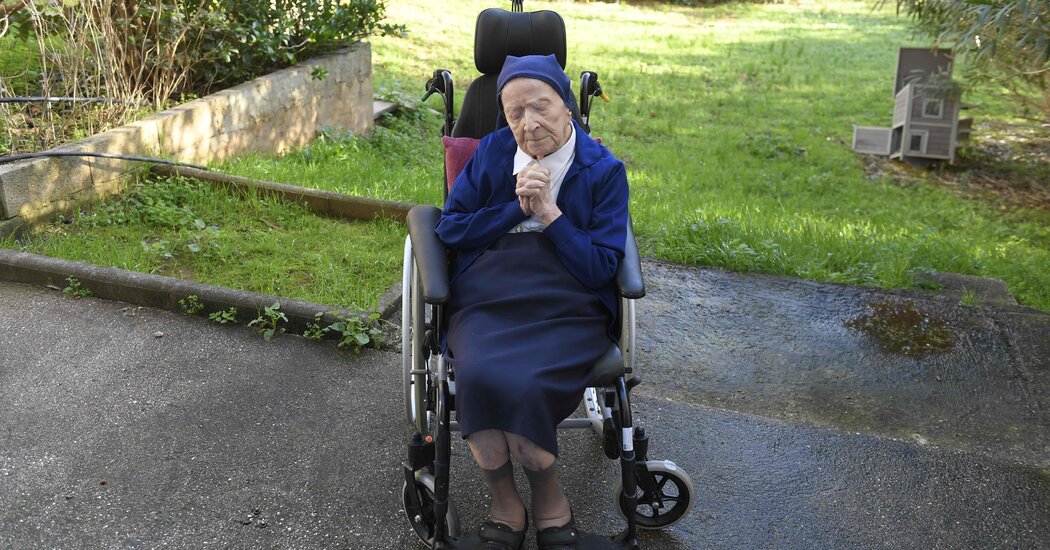