The Michigan Wolverines’ basketball team rose yet again in today’s Associated Press top 25, climbing one spot to No. 3 in the country. The ascent occurred despite the Maize and Blue’s inactivity, with the team playing its most recent game Jan. 22 at Purdue.

The rise was also due to a subpar week from Villanova, who had been occupying the No. 3 spot. Head coach Jay Wright’s Wildcats first lost at St. John’s by 11 points Wednesday night, and then followed it up by squeaking by a 5-9 Georgetown club yesterday afternoon.

RELATED: Michigan’s Franz Wagner: ‘We Haven’t Played our Best yet’

The Fighting Illini were the biggest riser of any conference member, jumping six spots from No. 12 to No. 6 after winning at Indiana Tuesday night and then beating Wisconsin by 15 points Saturday afternoon.

Illinois has now won four in a row and was originally slated to play at Michigan Thursday night, but the game has since been canceled. U-M’s next contest is slated to occur Sunday afternoon at Wisconsin against a Badger squad who has dropped three of its past five outings.

UW only fell two spots from No. 19 to No. 21 following its 15-point defeat at Illinois, with Iowa’s seven-notch fall (No. 8 to No. 15) representing the biggest drop of any Big Ten club this week.

The Hawkeyes are in a free fall, having lost four of their last five games. Once thought to be one of Michigan’s biggest challengers for the Big Ten title, Iowa’s conference record now sits at just 7-5.

Ranked teams losing this past week was a common theme, with 15 top 25 squads having fallen at least once in the past seven days. Texas and Iowa, meanwhile, lost twice.

Kansas’ 91-79 defeat at West Virginia Saturday saw the Jayhawks’ record drop to 12-7 and fall out of the AP top 25 for the first time since 2009. Head coach Bill Self’s crew had been ranked in 231 consecutive AP Poll releases.

The struggles of the game’s blue blood programs has been well-documented this season, specifically in the forms of Duke, Kansas, Kentucky, North Carolina and UCLA. This week marked the first time since 1961 that none of the five aforementioned programs are present inside the top AP top 25.

• Sign up for our daily newsletter and breaking news alerts 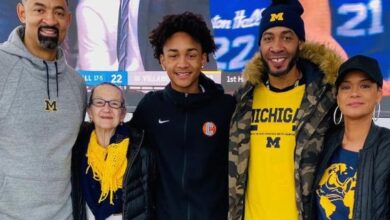 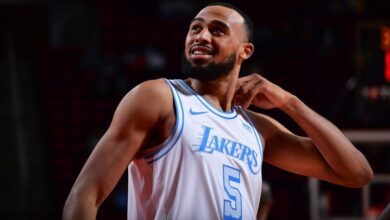 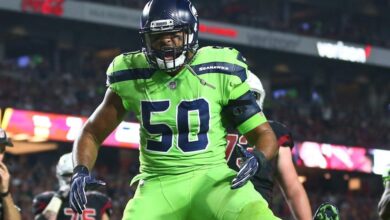 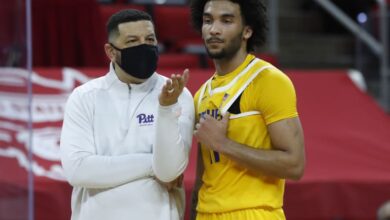