But at least Jason Pierre-Paul said something to break up the mutual admiration marathon hosted by the Tampa Bay Buccaneers and Kansas City Chiefs over the last eight days. As trash talk goes, it wasn’t exactly a dagger from the Bucs linebacker — more like a matter-of-fact admission that was slightly less than respectful of Chiefs offensive tackle Mike Remmers, who will take over at left tackle on Sunday for Kansas City after a season-ending injury to Eric Fisher.

In short, Pierre-Paul said he didn’t even know who Remmers was when his name was brought by by a reporter on Monday. This despite Remmers being a nine-year NFL veteran who has played in 92 games and was a starter for the Carolina Panthers’ Super Bowl team in 2015.

“I didn’t even know who that was,” Pierre-Paul said Monday. “Man, I’m not going to lie to you. Is this a tackle that you’re talking about? Like I said, I don’t care too much about it. They got to figure that out.”

Considering it will be Remmers lining up across from Pierre-Paul on Sunday, that introduction should be interesting. Not that Remmers seemed all that concerned when he heard the comments.

“Yeah, I had someone send it to me, and honestly I don’t really care what his opinion is on anything,” Remmers said. “It’s like every week I’ve played in this league, I’ve never gone into a game thinking, ‘Hey, I wonder what this guy thinks of me.’ I don’t care at all. It makes no difference to me. I’m just going out there to do my job.”

It’s not exactly going out on a limb to suggest Remmers is being less than honest. Most NFL players don’t make it to this level and have zero feelings when an opponent suggests they aren’t even consequential enough for someone to know their name or position. Most especially when that same someone is going to be inches from their face on Sunday.

If that’s Remmers’ line, so be it. And if Pierre-Paul really has no idea who he is (and really doesn’t care), then it’s safe to say that he’s flying pretty high coming off a great performance against the Green Bay Packers in the NFC title game, when he sacked Aaron Rodgers twice and hit him two other times.

Frankly, it’s just nice to see a guy say something that wasn’t unspooled like verbal cotton candy, then adorned with ribbons and little heart stickers. Because that’s what the overwhelming majority of this Super Bowl run-up has been: two opposing teams that just can’t seem to say enough things about how much they like their counterparts. It’s like watching two heart emojis engage in a pillow fight. And it’s boring as hell.

Andy Reid and Bruce Arians are yukking it up about being the old dogs who share a love for the other guy’s head coaching abilities. Patrick Mahomes and Tom Brady are both in awe of each other’s abilities and accomplishments. Rob Gronkowski and Travis Kelce are on the verge of forming a two-man traveling comedy tour for meatheads. At this point, if someone’s mom hosts a pizza party, it sounds like everyone is going to show up with their sleeping bags and flashlights.

This is what happens when you have a pandemic and your Super Bowl teams don’t open the week exposed to a crush of puppets, Inside Edition anchors and media outlets that still think a man asking football questions in a wedding dress is high comedy. Things get, well, stale. Sure, questions on zoom calls are easier to understand without the shouting. Everyone gets in a virtual line and gets their shot. It’s clean and orderly. But almost to a fault. Some reporters end up asking long, boring and multi-tiered questions. Nobody can shout a vital follow-up when someone says something intriguing. Instead, the next person in line gets their microphone opened up and they just move it along to the next topic, instead of drilling away on a moment that could actually be interesting.

Which is great for the players, because it’s all controlled and nothing really organic has to happen. After all, they’re just sitting in a room by themselves. There’s really no getting on a roll like we’ve seen from an open-mic’d Aqib Talib or Marcus Peters. There is no Jalen Ramsey feeling himself. There’s no Tom Brady talking about his dad and choking up in a moment of authentic emotion. And lest any of us forget, we’ve gotten robbed of any truly epic moments that will stand the test of time, like Marshawn Lynch telling the world for an hour, “I’m just here so I won’t get fined, boss.”

So let’s be real about this: We’ve sterilized and sanitized the Super Bowl to make the event safer. Unfortunately, in the process we disinfected a lot of the fun out of the week, too. And maybe even a little bit of the emotion and rhetoric from players — which can be beneficial on gameday. We may not get the sendoff rallies that have amped up fan bases in the past. The Buccaneers may be waking up every day in their own beds and the Chiefs won’t even get into town until the day before the game. So what we’ve seen up to this point is pretty much what we’re going to get.

But thankfully, Jason Pierre-Paul just reminded everyone that even this sanguine party between two teams can still have some spice injected into it. Eventually, cotton candy makes you sick, the heart stickers run out and the swinging pillow cases are filled with bars of soap.

Hopefully we’re getting there. For everyone’s sake. Before we all fall asleep. 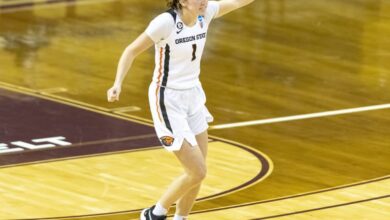 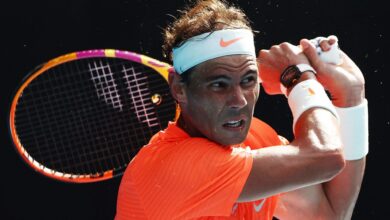 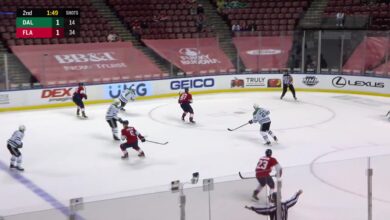 Keith Yandle with a Goal vs. Dallas Stars 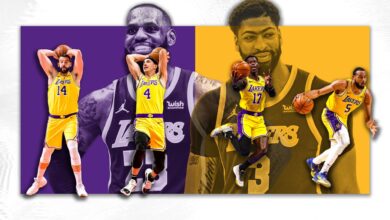