N.C. State’s Jericole Hellems had two high-octane dunks in the first half Saturday against Duke.

After the second, on a baseline move by Hellems, the Blue Devils led 33-15.

The period in-between the two dunks was something NCSU coach Kevin Keatts probably could not have imagined before the game at PNC Arena. The Pack’s ballhandling, shaky against Syracuse earlier in the week, was atrocious in the first half of the 69-53 loss to the Blue Devils.

Every dribble and pass seemed like an adventure that might not end well for the Wolfpack (8-9, 4-8 ACC), and usually didn’t. The Pack’s Manny Bates, doubled in the lane, was called for three seconds. Braxton Beverly drove the lane and had the ball sail out of his hands and out of bounds.

At one point, the Pack’s Shakeel Moore was trying to make an in-bounds pass. Hesitating, he finally launched a long rushed pass up the sideline in Beverly’s direction that was way off-line, Beverly unable to keep the ball from going out of bounds.

By halftime, the Pack had 13 turnovers. N.C. State also had 13 in the first half of the Syracuse game but trailed by one point at the break. Duke made the Pack pay, time after time, rolling up 16 points off turnovers in taking a 39-21 lead.

“When I saw the stat sheet I almost lost my mind,” Keatts said. “Our ball security has to get better.”

And it wasn’t just Wolfpack bobbles, 18 turnovers in all. The game began with State’s D.J. Funderburk a half-step late in picking up Duke’s Matthew Hurt at the 3-point line. Hurt, a matchup problem for many teams, drained both and the Blue Devils had some bounce in their step. Duke would finish 9 of 18 on 3-pointers, Hurt hitting 6 of 7.

“He kicked our butts,” Keatts said on the NCSU postgame radio show.

Hurt picked up two personal fouls and went to the bench in the first half. The Blue Devils kept forcing turnovers, scoring baskets and building the lead and did not slow down a lot in the second half.

Funderburk drove to the basket and lost the handle. Hellems took a 17-foot shot from the right wing that was an airball, the ball missing the rim a foot to the left. Hellems did hit a 3-pointer with 7:31 left in regulation — the Pack’s first made 3 of the game. So it went.

Even a good play by the Wolfpack — Moore making a perfect feed to Thomas Allen for a fastbreak score — was followed by a bad. After Allen’s basket, Duke center Mark Williams was open for a dunk. Bates dunked on Williams, but Williams answered with another slam.

“I’m frustrated at any loss,” Bates said after the game. “But one of this magnitude I’m definitely frustrated a lot.”

Keatts said a stomach virus this week limited the practice time of Beverly and freshman Cam Hayes. Beverly had to leave the game for the locker room after a hard first-half collision with Duke’s Jordan Goldwire, who was called for a foul.

N.C. State’s next three games are on the road, at Pitt, Wake Forest and then Virginia. Keatts has to figure his team, now 1-4 since Devon Daniels was lost to a knee injury, can’t play much worse than it did Saturday against a young Duke team that’s also finding its way this season.

Coaches always use the “next-man-up” and “replacing-by-committee” phrases when a key player is lost. The Pack may not be capable of replacing Daniels and could be in the position of just wading its way through the remaining ACC games as best it can.

“When we come back to practice Monday we’ll lock in and control what we can control,” Moore said. 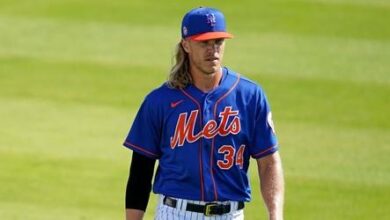 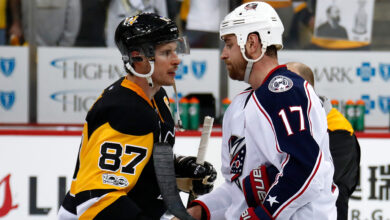 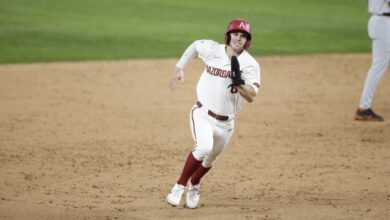 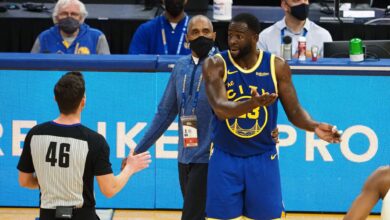 Draymond Green got ejected after yelling at teammate James Wiseman