Varun Dhawan married his longtime girlfriend Natasha Dalal at the Mansion House in Alibaug on Sunday evening and kept us waiting for the pictures for a long time. But he did make up for it by stepping out for a photo-op session with his wife and fashion designer Natasha Dalal. After the ceremony, the newlyweds greeted the paparazzi outside The Mansion House (the wedding venue). When the paparazzi asked Natasha Dalal to pose for them, Varun requested the shutterbugs to go easy on her. “Aaram se! Darr jaegi woh,” Varun Dhawan said. Reacting to what Varun said, Natasha burst out into laughter. The couple were a vision in white ensembles.

Here’s a video from Varun and Natasha’ meet and greet session with the paps:

Varun Dhawan, posting two stunning shots from his dreamy wedding, wrote on Instagarm: “Lifelong love just became official.” The actor was quick to respond to all the congratulatory messages shared by his friends and colleagues.

Varun Dhawan confirmed dating fashion designer Natasha Dalal during an episode of Karan Johar’s talk show Koffee With Karan 6, where he said, “I am dating her and we are a couple…I plan to marry her.” In December 2020, while talking to Varun on her radio show What Women Want, Kareena Kapoor called Natasha Dalal his “fiancee,” confirming that the duo got engaged last year.

Varun Dhawan, son of filmmaker David Dhawan, stepped into Bollywood with 2012’s Student Of The Year, directed by Karan Johar. The film starred Alia Bhatt and Sidharth Malhotra. Varun, who started his career as an assistant director, has featured in films such as Humpty Sharma Ki Dulhania, ABCD 2, Badlapur, Dilwale and Sui Dhaaga. He was last seen in the remake of Coolie No 1 with Sara Ali Khan. Varun’s next project is Jug Jugg Jeeyo, co-starring Anil Kapoor, Neetu Kapoor, Kiara Advani and Prajakta Koli.

Okinawa Autotech To Make An Investment Of Rs. 150 Crore For A New Manufacturing Unit In Rajasthan 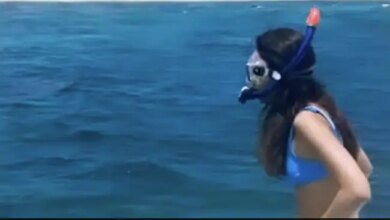