It’s often hard to put your feelings into writing, especially when you’re trying to capture your dad’s larger-than-life presence. The unique bond between you and your dad can’t necessarily be summed up inside a store-bought Father’s Day card, but where words fail, music speaks. This year, rely on music’s greatest lyricists for help and play any of these Father’s Day songs to articulate exactly how you feel about your dad, grandpa or any other male mentor in your life.

Browse through this selection of pop, gospel, country and rap songs until you find something that sums up your special father-daughter or father-son relationship. There’s a song for every mood, relationship and genre: tangy country tunes that show how relationships come full-circle, mellow ballads bound to tug at dad’s heartstrings and crooner classics that’ll get you both on the dance floor. So, make a playlist with some of your favorite hits, press play and ask your dad to share a dance. It’s the best Father’s Day gift you can give him.

Camila Cabello brought tears to everyone’s eyes at the 2020 Grammy’s when she sang “First Man” to her dad, who was sitting in the front row. The song has since become a modern favorite for fathers and daughters everywhere.

RELATED: Fun Things to Do On Father’s Day

All these years later, he’s still your Prince Charming — and this emotional ballad by Steven Curtis Chapman will take him right back to the days of fairytales and princesses.

Zac Brown, lead singer of Zac Brown Band, keeps things simple and sweet while describing the two men who raised him: his dad, Jim Brown and mentor Rodney Shelton, who he called “Old Man.” He shifts gears toward the end of the song, writing the final few lines from his kid’s perspectives.

“Your Joy” by Chrisette Michele

A song fit for a father-daughter dance, Chrisette Michele details the relationship between a dad and his daughter, especially as she grows up and finds love of her own. “You’ll always be my father and I’ll always be your joy,” she sings. Cue the tears.

This unexpected collaboration is further proof that Queen Bey can nail pretty much any genre, and also tells your dad that you actually were listening to his advice from all these years.

“Just The Two of Us” by Will Smith

“My Little Girl” by Tim McGraw

Proud #GirlDad Tim McGraw perfectly articulates the special bond between fathers and daughters with his lyrics: “Chase your dreams but always know the road that will lead you home again. Go on, take on this old world but to me … you’ll always be my little girl.”

“Song For Dad” by Keith Urban

It goes without saying that the older we get, the more we can see our parents’ mannerisms engrained in us, and Keith Urban points out that it’s actually a beautiful thing.

Though the relationship between dads and daughters is a sweet one, it can be difficult for him to watch his little girl grow up. In this case, the Queen of Pop asks her dad for support when she’s about to become a young mother, and of course, he’s there for her.

John Lemmon wrote this beautiful melody for Sean, his son with Yoko Ono. In an interview, The Beatles member once described him as ” my biggest pride.”

“Cat’s in the Cradle” by Harry Chapin

Harry Chapin’s soft voice is one we’ve all heard before, telling the sad story of a young boy missing his dad. But eventually the boy grows up to become a man, and dad has to make some changes of his own.

No matter the trouble or situation, it’s great to know our dad’s love is unconditional: “Daddies don’t just love their children every now and then. It’s a love without end, amen.”

“The Greatest Man I Never Knew” by Reba McEntire

The legendary country singer sings about the reality of young children with a hard0working dad. The main takeaway: He might keep to himself, but there’s no doubt that your dad still loves you.

The Texan singer memorialized her father with her Grammy-nominated hit, making us all shed a few tears. So, be warned: It may result in a good cry session on Father’s Day.

Fathers and sons don’t need a lot to have a good time together — whether they’re steering a boat or driving an old Ford, the memories last a lifetime.

“My Father’s Eyes” by Eric Clapton

This contemporary song explores the singer’s relationship with his own father as well as with his young son. “In it, I tried to describe the parallel between looking in the eyes of my son, and the eyes of the father that I never met, through the chain of our blood,” Eric Clapton later wrote in his autobiography.

“That’s My Job” by Conway Twitty

The incredibly talented and versatile Conway knew how to make words hit home with lyrics like: “That’s my job, that’s what I do. Everything I do is because of you, to keep you safe with me. That’s my job you see.”

“The Best Day” by George Strait

The simplest activity, like camping, can mean the world to a child if it’s with their favorite person in the world: dad.

“Father of Mine” by Everclear

Written by the rock band’s lead singer, Art Alexakis, this song quickly became a classic because it’s incredibly relatable for any child who has a strained relationship with their father.

“Papa Was a Rolling Stone” by The Temptations

A jazzy intro gives way to a story about a son who never knew his dad. Despite the sad topic, the honest song hit home for a lot of people in the ’70s.

“‘Watching You” by Rodney Atkins

Rodney Atkin’s heartwarming, funny song is proof that the kids are always paying attention to everything dad says and does — for better or for worse.

This soulful song reminds everyone about the importance of a father’s influence on his daughter as she grows and builds her own life. “Fathers, be good to your daughters. Daughters will love like you do,” he sings.

“There Goes My Life” by Kenny Chesney

The story of a young man who unexpectedly becomes a father (but of course, instantly falls in love with his daughter) is told in this country classic.

“Father to Son” by Queen

Fathers and son everywhere can definitely rock out to this big, dramatic anthem by Queen, which talks about passing wisdom down through generations.

“Father and Daughter” by Paul Simon

It’s basically a rule for all dads to love Paul Simon, and there’s no better Father’s Day tune than this one. Here, he sings: “As long as one and one is two, there could never be a father love his daughter more than I love you.”

“He Didn’t Have to Be” by Brad Paisley

Father’s Day isn’t just for biological dads; it’s also for stepdads, adoptive dads, and other father figures. Brad Paisley pays tribute to all of them in this sweet song.

“Daddy Could Swear, I Declare” by Gladys Knight and the Pops

This funky ’70s song lightly pokes fun at all those times you heard dad accidentally let a curse word slip around you. Plus, it’s just plain catchy and fun to dance to!

“My Front Porch Looking In” by Lonestar

It’s an indescribable feeling when you pause for a moment and look at the love you have in front of you. All dads can relate to these heartwarming lyrics: “A little blue eyed blonde with shoes on wrong cause she likes to dress herself. And the most beautiful girl holding both of them. Yeah the view I love the most is my front porch looking in.”

“Dance With My Father” by Luther Vandross

It’s a wedding staple for a reason: Luther Vandross sings about a son’s treasured memories of dancing with his father, who has since passed away. We dare you not to shed a tear when he croons, “How I’d love to dance with my father again.”

A Guide to Visiting the Statue of Liberty 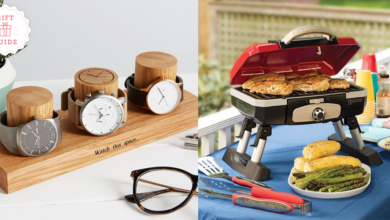 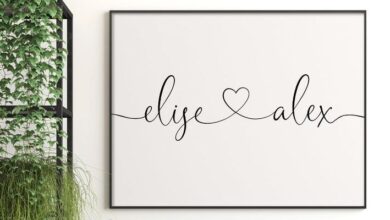 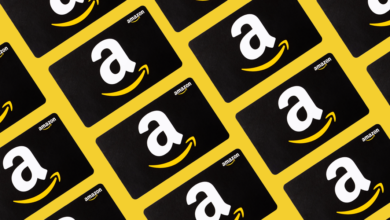 Where to Buy Amazon Gift Cards 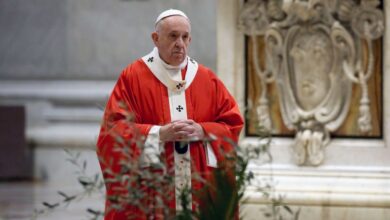 How to Stream Easter Mass 2021 at the Vatican, St. Patrick’s Cathedral, and More